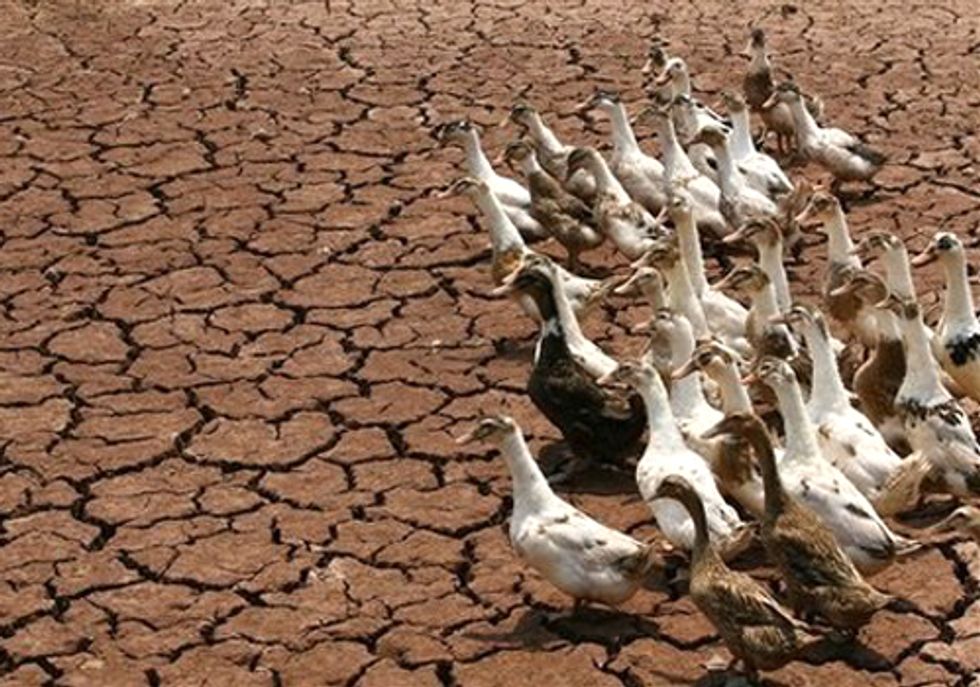 More consolidated efforts to combat the threat of climate change and counter its ripple effects on global food security are needed amid an intensifying global drought and increasing temperatures worldwide, the United Nations (UN) declared Aug. 21.

“Climate change is projected to increase the frequency, intensity and duration of droughts, with impacts on many sectors, in particular food, water and energy,” said World Meteorological Organization (WMO) Secretary-General Michel Jarraud in a press release. “We need to move away from a piecemeal, crisis-driven approach and develop integrated risk-based national drought policies,” he added.

According to the news release, the WMO and the UN Convention to Combat Desertification (UNCCD), along with other UN agencies, are intensifying efforts to establish a more coordinated and proactive strategy for managing drought risk to fill existing policy vacuums in countries around the world. As a result, a High Level Meeting on National Drought Policy has been scheduled from March 11-15, 2013.

Speaking at a press conference in Geneva on Aug. 21, Dr. Mannava Sivakumar, Director of the WMO Climate Prediction and Adaptation Branch, underlined the severity and reach of the current drought and its potential impact on global food prices.

He noted that one quarter of the U.S. was experiencing exceptional drought while the entire country was facing its longest 12 month period in a drought since 1895. Dr. Sivakumar also emphasized that the effects of the drought on the U.S.’s soybean and corn harvests was having “a major impact on food prices.”

According to the WMO, severe drought also developed in parts of East Africa in late 2010 and continued through most of 2011 with the most severely affected areas encompassing the semi-arid regions of eastern and northern Kenya, western Somalia and southern border areas of Ethiopia.

“The 2010 drought-induced famine in the Greater Horn of Africa, the ongoing crisis in the Sahel region and the extensive drought in the USA show that developing and developed countries alike are vulnerable,” said Luc Gnacadja, executive secretary of the UNCCD. “Effective long-term solutions to mitigate the effects of drought, and address desertification and land degradation urgently need to be mainstreamed in national development plans and policies,” he added.

In 2009, international climate experts gathered at the International Workshop on Drought and Extreme Temperatures in Beijing released their climate projections for the 21st century, forecasting an increase in the frequency of severe droughts in the continental U.S. and Mexico, the Mediterranean Basin, parts of northern China, across southern Africa and Australia and in parts of South America.