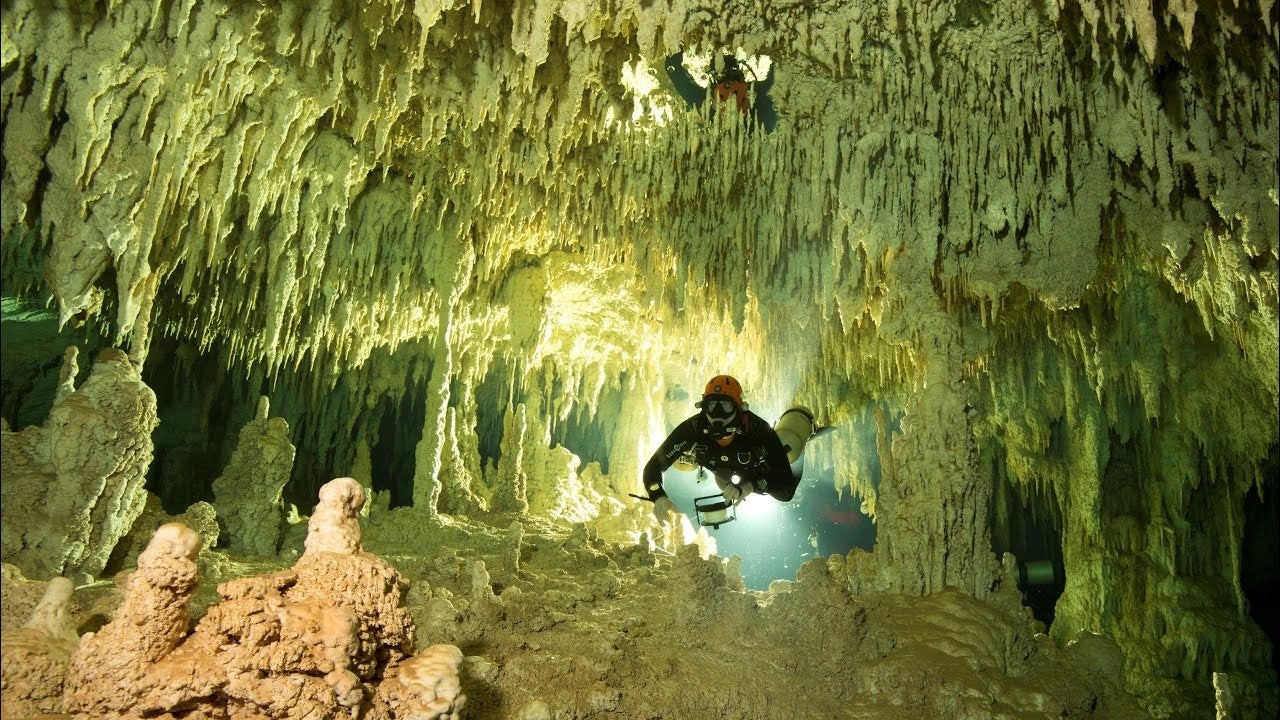 Diving enthusiasts, could this be your next great adventure?

Archaeologists and divers with Gran Acuífero Maya (GAM)—a project dedicated to the study and preservation of the Yucatan peninsula—claim to have discovered the world’s longest underwater cave just outside of Tulum, Mexico.

The vast, 216-mile system actually connects two of the largest flooded cave systems in the world, the 164-mile-long Sistema Sac Actun and the 52-mile-long Dos Ojos system. The team made the discovery after exploring the underwater channels for months.

The enormous cave holds an extensive reserve of fresh water and is rich in biodiversity. The researchers also found an 11-mile-long, 66-food-deep cavern dubbed “the mother of all cenotes.” Cenotes are a geological feature that are often holy sites in ancient Mayan culture.

“This immense cave represents the most important submerged archaeological site in the world, as it has more than a hundred archaeological contexts, among which are evidence of the first settlers of America, as well as extinct fauna and, of course, the Mayan culture,” GAM director and underwater archaeologist Guillermo de Anda said in a statement.

This gives us all the more reason to pencil in a trip to Tulum, which has become a cave-diving mecca.

For the next phase, GAM researchers intend to analyze the water quality of the system, study the biodiversity, launch conservation efforts to protect the stunning site, and give continuity to the mapping and detailed record of submerged archaeological contexts.

Check out the mesmerizing discovery below: