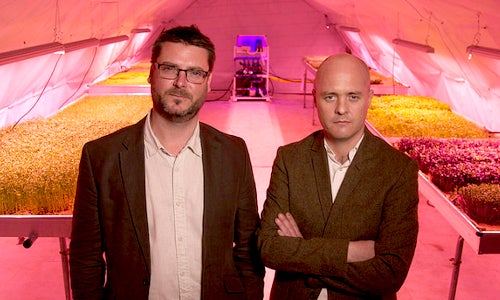 One hundred feet below the streets of London, a 2.5-acre farm will soon sell fresh veggies grown on a not-so-traditional farm.

“When I first met these guys I thought they were absolutely crazy,” said Roux, who operates Le Gavroche in London and has appeared on Hell’s Kitchen and other shows.

“But when I visited the tunnels and sampled the delicious produce they are already growing down there I was blown away. The market for this produce is huge.”

The team has conducted trials for the last 18 months for the farm that will be carbon neutral, according to a news release. The 100 feet of Earth above the tunnels are expected to keep temperatures around 16 degrees centigrade all year while consuming minimal energy. The company would get any energy needs from green suppliers. Zero Carbon Food says its system uses about 70 percent less water than open-field farms.

“Integrating farming into the urban environment makes a huge amount of sense and we’re delighted that we’re going to make it a reality,” Ballard said. 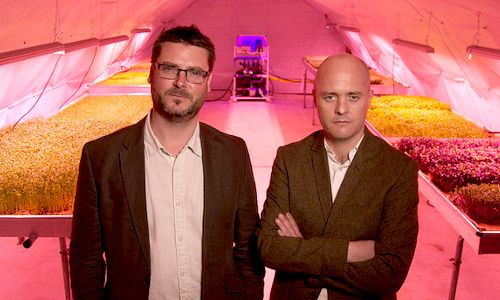 Richard Ballard and Steven Dring are opening a subterranean farm beneath the streets of London. Photo credit: Zero Carbon Food/Flickr

Ballard and Dring will sell their produce to area markets, restaurants and wholesalers. One confirmed customer is the nearby New Covent Garden Market. The first Growing Underground produce will be available at restaurants and shops by late summer.

“There is no ‘could’, ‘might’ or ‘maybe’ about our underground farm,” Ballard said. “We will be up and running and will be supplying produce later this year.”