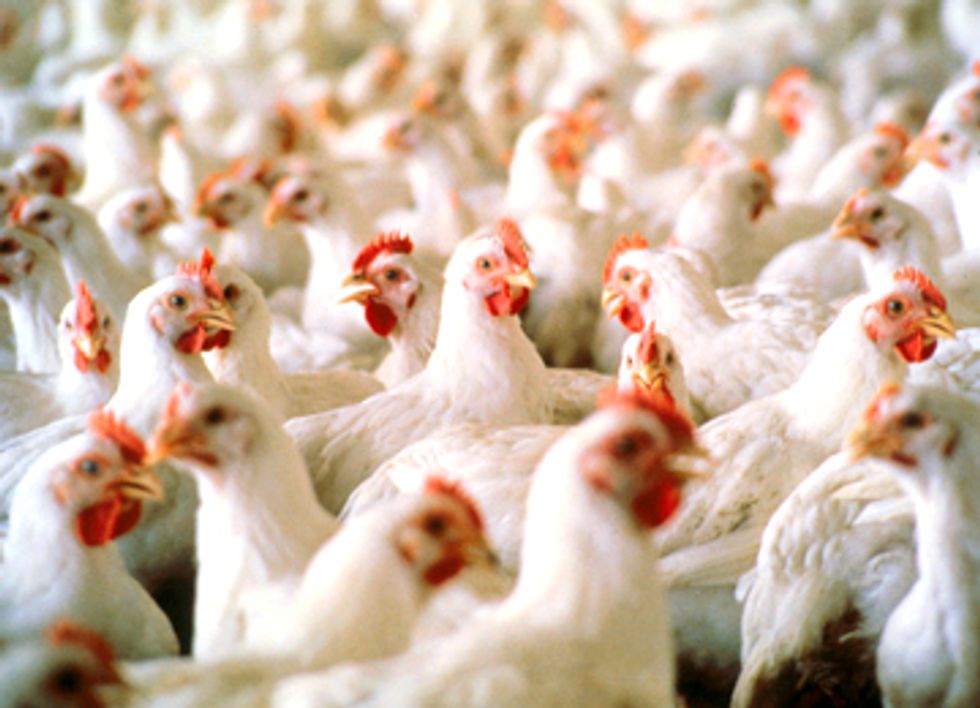 By Andrew Ranallo and Abigail Seiler

Late yesterday, under threat of a lawsuit, the Food and Drug Administration (FDA) responded to a nearly four-year-old petition, calling for the immediate withdrawal of the vast majority of arsenic-containing compounds used as feed additives for chickens, turkeys and hogs. A lawsuit filed by Center for Food Safety (CFS), the Institute for Agriculture and Trade Policy (IATP) and seven other U.S. food safety, agriculture, public health and environmental groups compelled the FDA to respond. The FDA will withdraw three of the four arsenicals and all drug approvals associated with them. Of the 101 drug approvals for arsenic-based animal drugs, 98 will be withdrawn.

“The withdrawal of these harmful feed additives is a major victory for consumers and the health of our food system," said Paige Tomaselli, senior attorney with Center for Food Safety. "It is unfortunate that legal pressure from outside groups was necessary to spur action by FDA, yet in the end, we are pleased that FDA listened to our scientific objections and is now working to rid arsenic from our meat supply.”

Arsenic is added to poultry feed for the purposes of inducing faster weight gain on less feed, and creating the perceived appearance of a healthy color in meat from chickens, turkeys and hogs. A 2006 IATP report estimated that more than 70 percent of all U.S. chickens raised for meat are fed arsenic, and testing of supermarket bought and fast food chicken found that much of it contained some level of arsenic.

“The actions by FDA and industry confirm what we’ve been saying for seven years, the use of arsenic in animal feed is not necessary and poses needless risk to public health,” said Ben Lilliston, vice president for program at IATP. “The FDA’s response is long overdue to reduce exposure to arsenic and should launch a more comprehensive evaluation of health risks associated with animal feed produced by the pharmaceutical industry.”

In the FDA’s response to the petition, the agency acknowledged that recent scientific reports on arsenical compounds in animal feed challenged previous assumptions of safety. In particular, concern arose over the ability of organic arsenic (which is non-carcinogenic) to transform into inorganic arsenic (known to be carcinogenic) in the environment or animal tissue.

The FDA ordered the additive manufacturers to provide additional information related to whether inorganic arsenic can be detected in the edible tissues of animals administered their particular arsenic-based new animal drugs; whether organic arsenic converts to inorganic arsenic in vivo; and whether and to what extent the behavior of one arsenic-based animal drug is applicable to other arsenic-based animal drugs. After receiving the FDA’s letter, Zoetis requested the FDA withdraw approval of roxarsone and carbarsone on Sept. 19, and Fleming Laboratories, Inc. requested that the FDA withdrawal approval of arsanilic acid on Sept. 26. The FDA will be issuing Federal Register Notices and initiating formal withdrawal.

The 2009 petition presented abundant science to the FDA that organic arsenic compounds—like those added to animal feed—are directly toxic to animals and humans, but also that they convert to cancer-causing, inorganic arsenic inside of chickens, in manure-treated soil and in humans.

First approved as animal feed additives in the 1940s, arsenic-containing compounds remained legal for use in U.S. chicken, turkey and swine production. They were never approved as safe for animal feed in the European Union, Japan and many other countries.