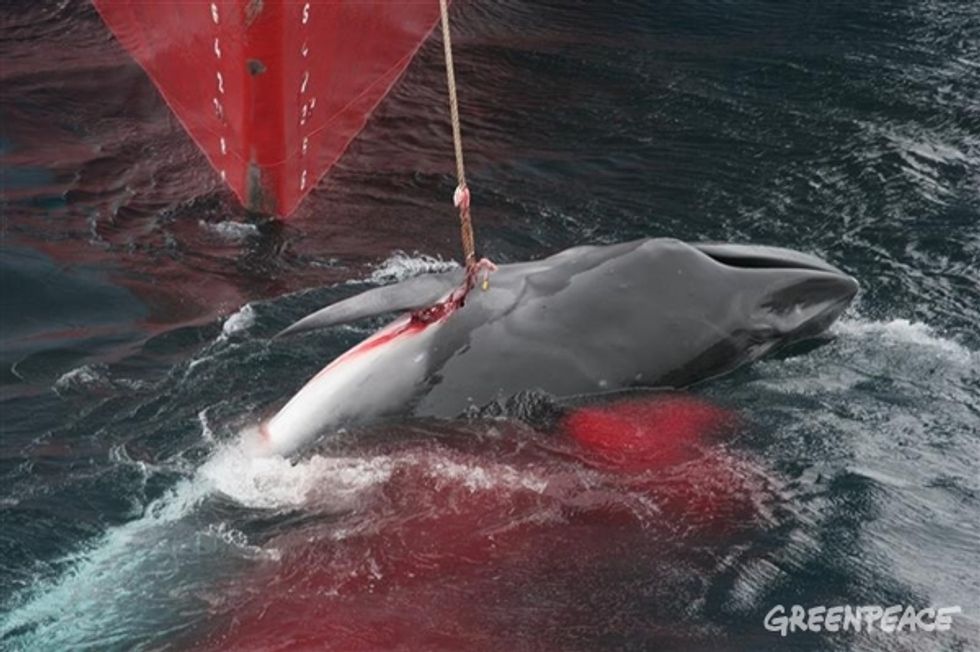 As a party to the International Whaling Commission (IWC), South Korea has banned whaling since 1986 and neither scientific whaling nor subsistence whaling is practiced. Domestic sales of whale products, however, are allowed if the whale is accidentally caught and killed in a fishing gear (bycatch) and Korea reports about 80 whales a year taken as bycatch.

Korea and Japan have the highest bycatch of whales in the world, almost 10 times larger than the bycatch of countries like Australia, U.S. and South Africa. There is a substantial illegal whaling industry and the IWC estimates that the number of whales being sold annually in Korea is double the number that could be accounted for by bycatch.

In July 2012, the Korean government announced at an IWC meeting that it would start scientific whaling and this aroused fierce opposition within the meeting and from the around the world. Korea’s announcement was particularly controversial because research on whales and other cetaceans around the world is done by non-lethal means. The only current exception to this is Japan and their research program in the Antarctic has been characterized by the IWC with the words ‘not required for management’.

Only whaling nations have ever undertaken lethal research and it is widely seen as commercial whaling in disguise. The information that the IWC needs in order to set quotas, should a decision to set quotas be made, can all be obtained by non-lethal methods. The basic method used is a vessel survey. A ship sails though ocean and observers log whales seen. This leads to a population estimate which is the basis for a quota.

At the 2012 IWC, the Korean government claimed that the minke whale population in the north Pacific has recovered and needs to be hunted, but there is no scientific evidence for such a claim. No agreed estimate for this population exists because not enough sightings data has yet been collected. Data collected so far by Korean government scientists indicates a decline of 5 - 7 percent a year and although this data does not show the population is actually declining, because there is not yet enough data for a firm population estimate, it undermines claims the population has recovered.

Although whales eat fish they are not the cause of decreases in fish sizes or stocks, after all whales and fish have existed in the oceans at high levels of abundance for millions of years. The decline of fisheries is due to human activities and overfishing by industrial fleets. We need to reduce fishing to sustainable levels and reduce fishing capacity.