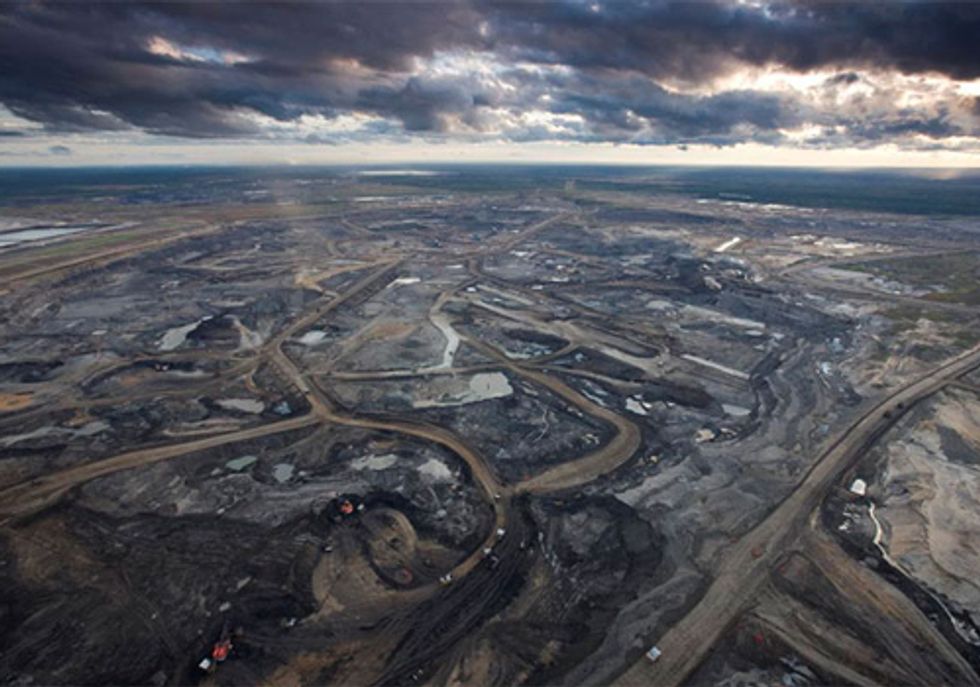 Canada’s Prime Minister, Stephen Harper, threw down the gauntlet Dec. 19 to anti-Keystone XL campaigners when he said Canada would sell its oil to China and other overseas markets if the controversial pipeline does not get approval.

In his year-end television interview, Harper said, “I am very serious about selling our oil off this continent, selling our energy products off to Asia. I think we have to do that.”

Harper’s comments came the day after the Obama administration indicated it might kill the pipeline if it is forced by Republicans to make a decision on the project in 60 days.

Harper appears to have run out of patience with the Obama administration. “When I was down in the United States recently it was interesting. I ran into several senior Americans who all said, ‘Don’t worry, we’ll get Keystone done. You can sell all of your oil to us.’ I said, ‘Yeah we’d love to,’ but I think the problem is now that we’re on a different track."

The bad news for Harper is that to get his oil to the Chinese market he has to force through the Northern Gateway pipeline, which is far from a certainty. Our report released last week discusses how all current pipeline proposals face unprecedented challenges and none of them are going to be straight forward to implement. In fact, Gateway faces so much opposition from First Nations whose land it would potentially cross, and coastal communities who fear a tanker spill, that it may be even more difficult to push through than Keystone XL.

Supporting the tar sands opposition’s position, that the tar sands is clearly unsustainable, is this week’s revelation that Canadian internal government documents state that Canada lacks “credible scientific information” to support its claims that tar sands production is environmentally responsible.

Briefing material prepared for the government back in June said that “Environment Canada also advised that the absence of scientific evidence supporting their claims was affecting the industry’s ability to raise capital from and sell into [the] foreign market." Environment Canada is Canada’s federal environment ministry.

We discuss this in the report mentioned above.

The substantial environmental impacts of tar sands production appear to only place a constraint on production if the Albertan government acts to force the industry to internalize those costs. However, the midstream infrastructure that carries the production to market is vulnerable to a number of polities and societal pressures. The industry may yet find that these pressures place constraints on growth that are not so easily overcome.

In other words, while Alberta may choose to overlook the impact of tar sands production in order to cash in on the bonanza, outside of Alberta these impacts are not so easily overlooked. From the First Nations of British Columbia to the ranchers of Nebraska and on to the European Commission, people are neither impressed nor fooled.