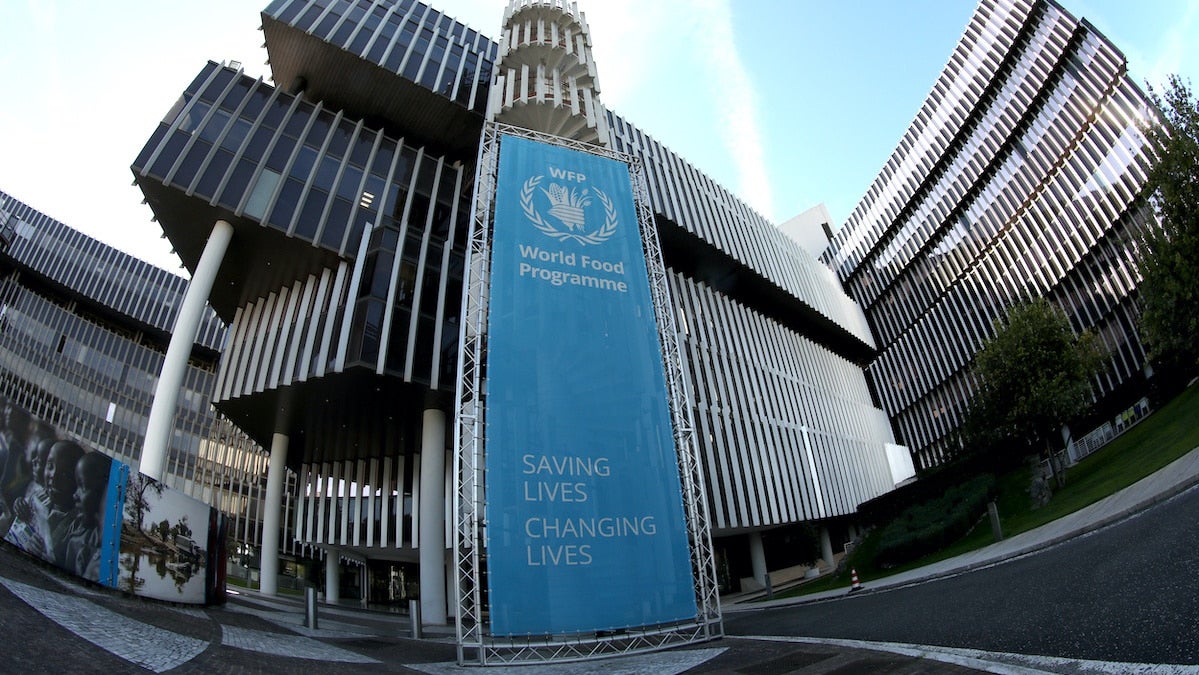 This year’s Nobel Peace Prize was awarded to the UN’s World Food Programme (WFP) for its “efforts to combat hunger, for its contribution to bettering conditions for peace in conflict-affected areas and for acting as a driving force in efforts to prevent the use of hunger as a weapon of war and conflict,” the Norwegian Nobel Committee announced Friday.

The win draws attention to the organization at a time when the coronavirus pandemic and the climate crisis have increased the number of people at risk from starvation worldwide. At the same time, UN organizations including the WFP have experienced a dip in funding in recent years as countries, including the U.S., reduce the money they give to international bodies, CNN reported.

“With this year’s award, the Norwegian Nobel Committee wishes to turn the eyes of the world towards the millions of people who suffer from or face the threat of hunger,” committee chairwoman Berit Reiss-Andersen said when she announced the prize.

The WFP was founded in 1961, according to CNN. In 2019, it provided food assistance to 97 million people in 88 countries, the most since 2012. It is also the primary UN body in charge of meeting the UN Sustainable Development Goal of eliminating world hunger, the Nobel Committee pointed out, but that goal has gotten harder than ever to reach in recent years.

Stockholm International Peace Research Institute director Dan Smith told CNN that the number of people experiencing hunger had begun to increase in the last four years after decades of decline, largely because of climate change.

The situation has gotten even worse because of the coronavirus pandemic, the Nobel Committee noted. In countries like Yemen, the Democratic Republic of Congo, Nigeria, South Sudan and Burkina Faso, the pandemic has combined with armed conflicts to put significantly more people at risk from starvation.

WFP head David Beasley told NPR earlier this year that 135 million people had been at risk for starvation in 2020 before the emergence of COVID-19. After its spread, that number had shot up to almost a quarter of a billion.

“In the face of the pandemic, the World Food Programme has demonstrated an impressive ability to intensify its efforts,” the committee said. “As the organisation itself has stated, ‘Until the day we have a medical vaccine, food is the best vaccine against chaos.'”

Beasley said he was “speechless” in the face of the award and credited the organization’s staff for the win.

“It’s because of the WFP family,” Beasley said in a video shared on Twitter. “They’re out there in the most difficult, complex places in the world. Whether it’s war, conflict, climate extremes — it doesn’t matter. They’re out there, and they deserve this award.”

We are deeply humbled to receive the #NobelPeacePrize. This is an incredible recognition of the dedication of the @WFP family, working to end hunger everyday in 80+ countries.

Thank you @NobelPrize for this incredible honor! pic.twitter.com/bHcS0usWQa

The prize was announced in Oslo and comes with an award of 10 million Swedish kronor (approximately .14 million), The Guardian reported. This year, there were 318 nominees for the prize, including climate activist Greta Thunberg, the World Health Organization (WHO) and U.S. President Donald Trump.

When announcing the award, the committee praised the WFP for its role in “multilateral cooperation.”

“The need for international solidarity and multilateral cooperation is more conspicuous than ever,” the committee said in the opening line of the announcement.

Smith told CNN that he thought the committee had intentionally chosen an international organization over an individual at this time to highlight the importance of collaboration.

“Donald Trump is the embodiment of the spirit of anti-cooperation and by contrast the World Food Programme is the embodiment of the spirit of cooperation,” Smith said. “And I think that the Nobel Peace Prize started its announcement with a reference to solidarity and multilateralism as a kind of gentle rebuke to the leaders of the great powers, including Donald Trump, obviously Putin and President Xi as well.”

In her remarks to the press after the award, Reiss-Andersen also criticized the rise of populilst nationalism.

“When you follow international debate and discourse, it’s definitely a tendency that international institutions seem to be discredited more than, let’s say, 20 years ago,” she said, as CNN reported. “It is part of populism that it has nationalistic flavor … everybody, every nation, supporting their own interests.”