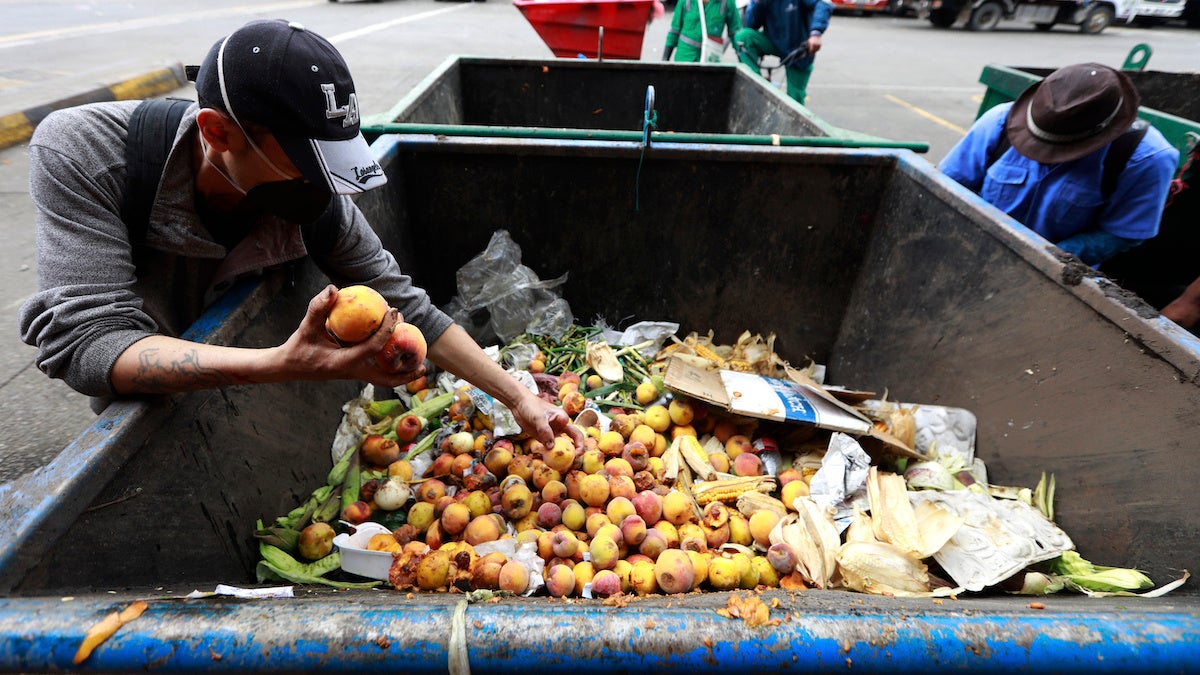 A man wearing a protective mask searches for leftovers among rotten fruits and vegetables in a dumpster in Corabastos, the main food distribution center of the country on April 17, 2020 in Bogota, Colombia. The mandatory lockdown to prevent the spread of COVID-19 has resulted in many informal workers losing their income. John W. Vizcaino / VIEWpress / Corbis via Getty Images

The United Nations issued a dire warning on Tuesday that the world stands on the brink of the worst food crisis in the last 50 years, according to The Guardian.

The United Nations Secretary-General Antonio Guterres warned that the world is facing an “impending global food emergency” that could impact hundreds of millions of people as the coronavirus pandemic threatens already strained supply chains, according to Hong Kong-based Asia Times. He warned that the recessions that follow the pandemic will put basic nutrition out of reach for millions.

“Our food systems are failing, and the Covid-19 pandemic is making things worse,” the UN chief said in a statement accompanying a report by the UN. “More than 820 million people are hungry. “Some 144 million children under the age of five are stunted – more than one in five children worldwide.”

That’s particularly troubling as malnutrition has lifelong consequences. If the number of children who suffer from malnutrition grows, it is likely to cause increased stunting and provide a future strain on health care systems.

Guterres warned that “this year, some 49 million extra people may fall into extreme poverty due to the Covid-19 crisis,” according to Asia Times.

“Unless immediate action is taken, it is increasingly clear that there is an impending global food emergency that could have long-term impacts on hundreds of millions of children and adults,” as The Guardian reported. “We need to act now to avoid the worst impacts of our efforts to control the pandemic.”

The UN Secretary-General provided a three-point plan for attacking the hunger crisis: focus aid on the worst-stricken areas to avoid immediate disaster, to improve social safety nets so children, pregnant women and breast-feeding mothers along with other at-risk group receive adequate nutrition, and to invest in healthy and sustainable food systems and supply chains for the future, according to Guterres’ statement.

The latest data in the report, The Impact of COVID-19 on Food Security and Nutrition, found that the food security of 135 million people is at crisis level or worse. That number could nearly double before the end of the year due to the impacts of COVID-19.

Increasing unemployment and the loss of income associated with lockdowns are also putting food out of reach for many struggling people, the report found, according to The Guardian. While global markets have remained steady, the cost for basic foods has begun to rise in some countries.

The report also expects harvests to slow down, since many seasonal laborers are unable to work or travel for work. Meanwhile, despite the impending crisis, food waste is surging as farmers are finding themselves in the unenviable position of dumping perishable food because of supply chain problems, as The Guardian reported.

“The Covid-19 crisis is attacking us at every angle,” said Agnes Kalibata, the UN secretary general’s special envoy for the 2021 food systems summit, as The Guardian reported. “It has exposed dangerous deficiencies in our food systems and actively threatens the lives and livelihoods of people around the world, especially the more than 1 billion people who have employment in the various industries in food systems.”

However, she added that there is an opportunity to improve food systems so they are equipped to handle future shocks.

“Food has always brought people together and it can again if we build back better as it relates to our food systems,” she said, as The Guardian reported.