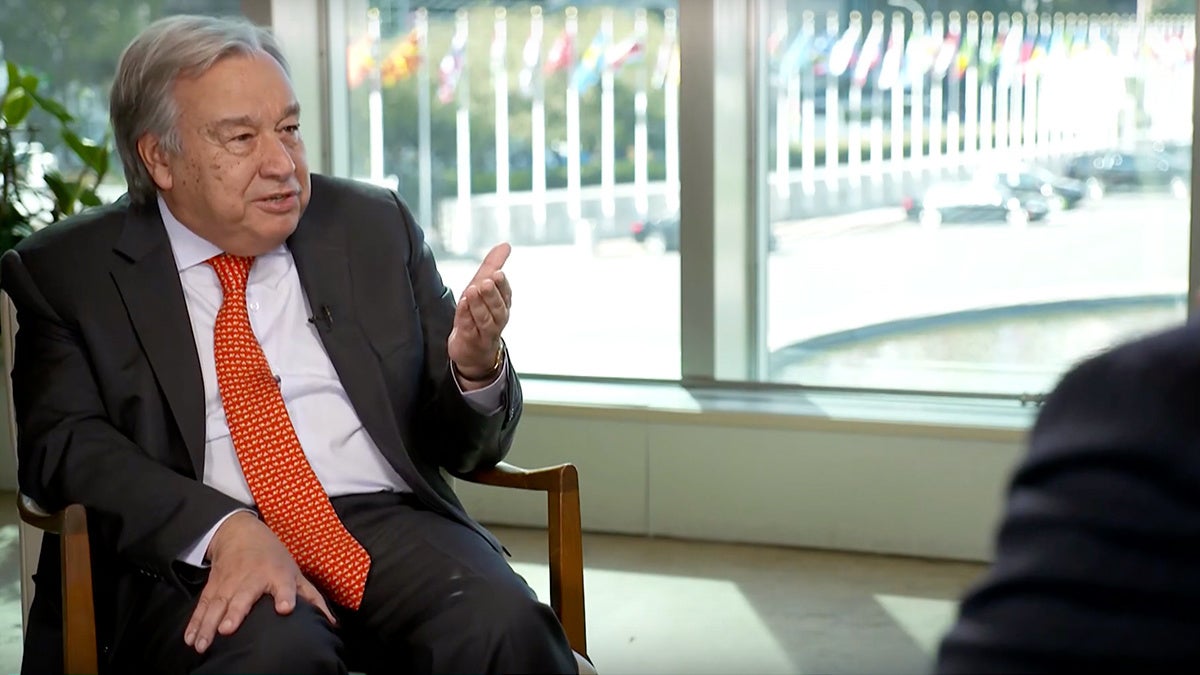 The United Nations Secretary General says that he is counting on public pressure to compel governments to take much stronger action against what he calls the climate change “emergency.”

“Governments always follow public opinion, everywhere in the world, sooner or later,” Antonio Guterres said Tuesday in an interview with Covering Climate Now, a global collaboration of more than 250 news outlets. Guterres, a former prime minister of Portugal, added, “We need to keep telling the truth to people and be confident that the political system, especially democratic political systems, will in the end deliver.”

Guterres refused to comment on U.S. president Donald Trump and the Trump administration’s hostility to climate action, but a CBS News poll released on September 15 found that 69 percent of Americans want the next president to take action, while 53 percent say such action is needed “right now.” Guterres said that “it would be much better” if the U.S. was “strongly committed to climate action,” just as it would be better if Asian countries [notably, China and Japan] stopped exporting coal plants. Until then, he said, “what I want is to have the whole society putting pressure on governments to understand they need to run faster. Because we are losing the race.”

With six days remaining before the UN Climate Action Summit on September 23, the Secretary General cited the “fantastic leadership” of young activists as a leading example of how civil society can pressure governments to honor the 2015 Paris Agreement to limit temperature rise to “well below” 2 degrees Celsius and preferably to 1.5˚C. Recent election results across Europe—in which green parties gained significant public backing—also left Guterres optimistic that at next Monday’s summit the European Union will announce that it promises to be “carbon neutral” by 2050, as the Paris Agreement mandates.

“Nature is angry,” said Guterres, who recently returned from a visit to the Bahamas, where Hurricane Dorian unleashed what he called “total destruction.” He further cited ferocious drought in Africa, melting glaciers, bleaching coral reefs, the hottest month in recorded history last July, and potential future sea level rise of 10 to 20 meters (33 to 66 feet) as evidence that, “You cannot play games with nature. Nature strikes back.”

“Don’t bring a speech—bring a plan,” Guterres famously told heads of state and government in the months leading up to this summit, and it appears that only leaders who followed his instructions will be allowed to speak at the plenary session. To gain a slot, a country had to commit to doing one of three things, said UN officials: be carbon neutral by 2050; “significantly” increase how much it will cut emissions (or, in UN jargon, significantly strengthen its Nationally Determined Contribution); or make a “meaningful” pledge to the Green Climate Fund, a pool of money provided by wealthy countries to help developing countries leave fossil fuels behind and increase their resilience against climate disruption. UN officials expect that 60 to 70 countries will have made sufficiently solid commitments by next Monday that their leaders will be invited to outline their country’s plans from the dais, with each leader granted a mere three minutes to speak.

While emphasizing that he had no desire to intervene in the 2020 U.S. presidential election, Guterres spoke positively about a proposal by a leading Democratic candidate, Senator Bernie Sanders, for a Green New Deal that would be global. Most of the leading Democratic presidential candidates endorse one form or another of the Green New Deal, a program in which the U.S. government would create millions of jobs by investing in solar power, energy efficiency, and other measures to reduce heat-trapping emissions. But a new report by The Nation pointed out that only Sanders’s Green New Deal meets the scientific imperative of cutting global emissions by 45 percent by 2030 on the way to carbon neutrality by 2050. Sanders’s Green New Deal does this by pledging not only to slash emissions in the U.S. but to help developing countries cut their emissions as well.

“The Paris Agreement was very clear,” said Guterres. “There was a commitment by the developed countries to mobilize 0 billion per year, from private and public sources, to support the developing world both in mitigation [i.e., reducing emissions] and adaptation [preparing against impacts]. Obviously, it is essential that all countries, including the United States, play a role in relation to this.”

Rich and poor countries have wrestled with the question of whether and how much financial assistance the rich should give the poor ever since governments first began debating the climate problem at the UN “Earth Summit” in 1992. The poorer countries argue that the rich countries’ emissions are the foremost cause of global warming and climate disruption, while poor countries are the ones that suffer most from that disruption. Rich countries generally do not dispute those facts and have paid lip service to providing assistance, but actual contributions have been modest. The U.S., for example, has contributed only billion, and the Trump administration blocked any additional contributions.

Guterres said in the interview Tuesday that “of course” he was aware of the global dimensions of Sanders’ Green New Deal, and he added that, “Any attitude from a country like United States to increase… finance to the developing world would be of course welcome.” As required by UN protocol, the Secretary General was careful to add, “That doesn’t mean that we want to interfere in the American election.”

As a former elected official himself, Guterres also emphasized the need for governments to show the public that climate protection need not mean economic hardship. The Secretary General advocates in particular for climate-smart tax reform: reducing taxes on people’s incomes while increasing taxes on heat-trapping emissions. “If I [as a politician] take money from you with an increased carbon tax but I give you nothing in return, people will be against [it],” said Guterres. Although rarely described this way, corporate subsidies for production of fossil fuels are also a form of tax. “Let’s be clear: Subsidies are paid with taxpayers’ money,” he said, adding with a smile, “I really do not like to see my money as a taxpayer going to bleach corals and melt glaciers.”

Guterres disputed a common criticism of a Green New Deal—that it will cost too much—by turning the question around. “What is the cost of the consequences of taking no action?” he asked. Depending on what governments do at the Climate Action Summit next Monday, and are pressured to do by civil society in the weeks and years to come, the world may learn the answer to that question soon enough.

This story originally appeared in The Nation. It is republished here as part of EcoWatch‘s partnership with Covering Climate Now, a global collaboration of more than 250 news outlets to strengthen coverage of the climate story.