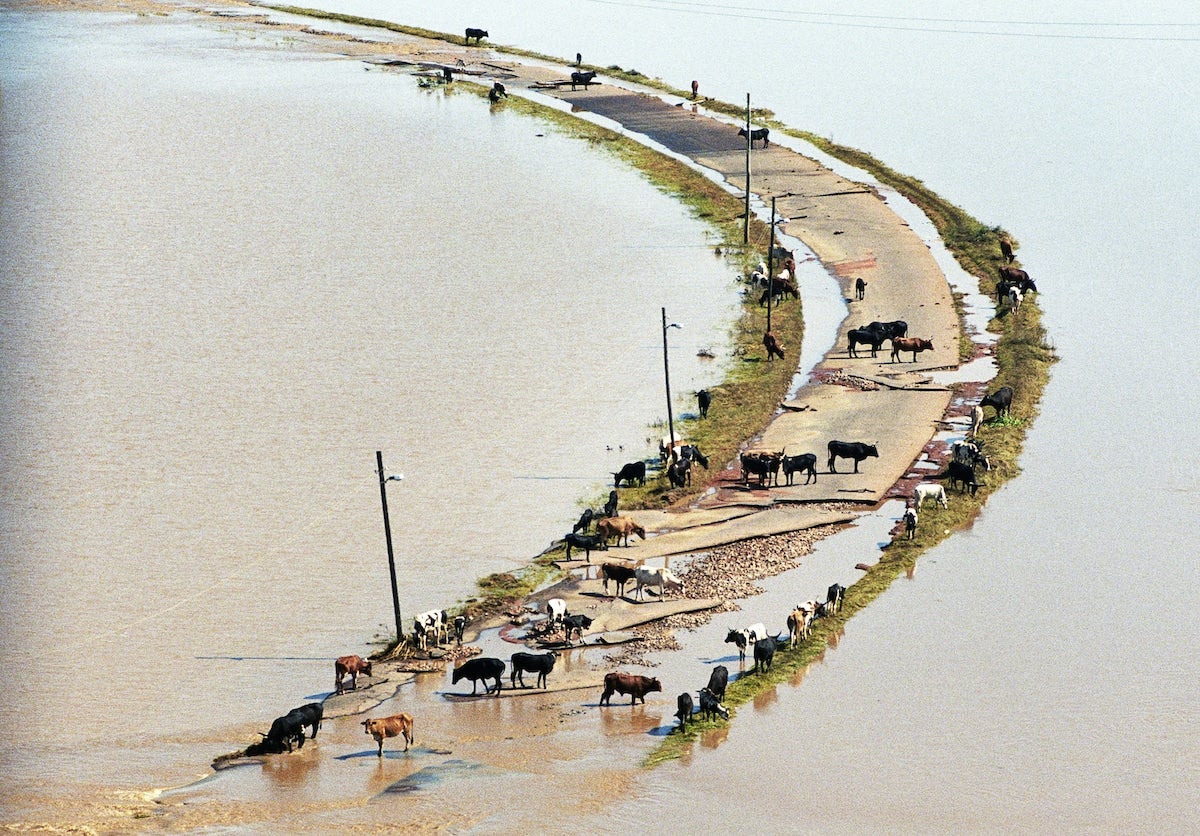 A new scientific report by the Intergovernmental Panel on Climate Change (IPCC), a panel of 270 researchers from 67 countries called together by the United Nations, concludes that urgent action must be taken by countries to rapidly reduce greenhouse gas emissions before the effects of climate change — which are already reshaping the planet in drastic and myriad ways — overcome the planet and humanity’s ability to adjust and acclimate.

The IPCC report is “an atlas of human suffering and a damning indictment of failed climate leadership,” said United Nations Secretary-General António Guterres, as The New York Times reported. “With fact upon fact, this report reveals how people and the planet are getting clobbered by climate change.”

As the climate crisis continues to affect the planet and all its inhabitants, migration will become more commonplace. More than 13 million people in Africa and Asia were displaced by extreme weather in 2019, the report said, as reported by The New York Times.

“One of the most striking conclusions in our report is that we’re seeing adverse impacts that are much more widespread and much more negative than expected,” said ecologist at the University of Texas, Austin, Camille Parmesan, one of the researchers who put together the report, as The New York Times reported.

According to the report, water and food insecurity have become widespread, affecting millions across the globe, as droughts, heat waves and floods inundate the planet, reported NBC News.

“Overall, the picture is stark for food systems,” said professor of global development at Cornell University and one of the authors of the report Rachel Bezner Kerr, as NBC News reported. “No one is left unaffected by climate change.”

The report said “transformational” changes will need to be made not only in the way we get our energy, but in the methods used in the building of new homes, in the way we grow food and in the way we protect the environment, reported The New York Times.

The report cautioned that if the greenhouse gases from fossil fuel emissions aren’t drastically reduced, soon much of the world will not be able to adapt.

“With climate change, some parts of the planet will become uninhabitable,” said marine biologist and co-chair of Working Group II for the IPCC Hans-Otto Pörtner, as USA Today reported.

If the planet sees warming higher than 1.5 degrees Celsius over preindustrial levels, many countries may not be able to manage the costs of protecting coastal inhabitants from rising sea levels.

According to Kerr, in some places farming will become more challenging as increasing temperatures make it progressively more strenuous for farm animals and people who work outside, as reported by The New York Times.

As with many aspects of the climate emergency, poorer nations will suffer the most. Fifteen times more people were killed due to storms, floods and droughts in poor nations between 2010 and 2020 than in rich ones, according to the report.

“Unchecked carbon pollution is forcing the world’s most vulnerable on a frog march to destruction — now,” said Guterres, as The New York Times reported. “This abdication of leadership is criminal.”

Although many world leaders have pledged to limit global heating to 1.5 degrees Celsius, the current trajectory is from two to three degrees Celsius by the end of the century.

“Beyond 1.5, we’re not going to manage on a lot of fronts,” said director of the Red Cross Red Crescent Climate Center and one of the authors of the report Maarten van Aalst, reported The New York Times. “If we don’t implement changes now in terms of how we deal with physical infrastructure, but also how we organize our societies, it’s going to be bad.”

One of the main points of the report is that natural adaptation to the pace of warming that the world is currently experiencing is unrealistic.

“There has been the assumption that, ‘Well, if we cannot control climate change, we’ll just let it go and adapt to it,’” Pörtner said, as The New York Times reported. But considering the anticipated threats of our warming planet, “this is certainly a very illusionary approach.”