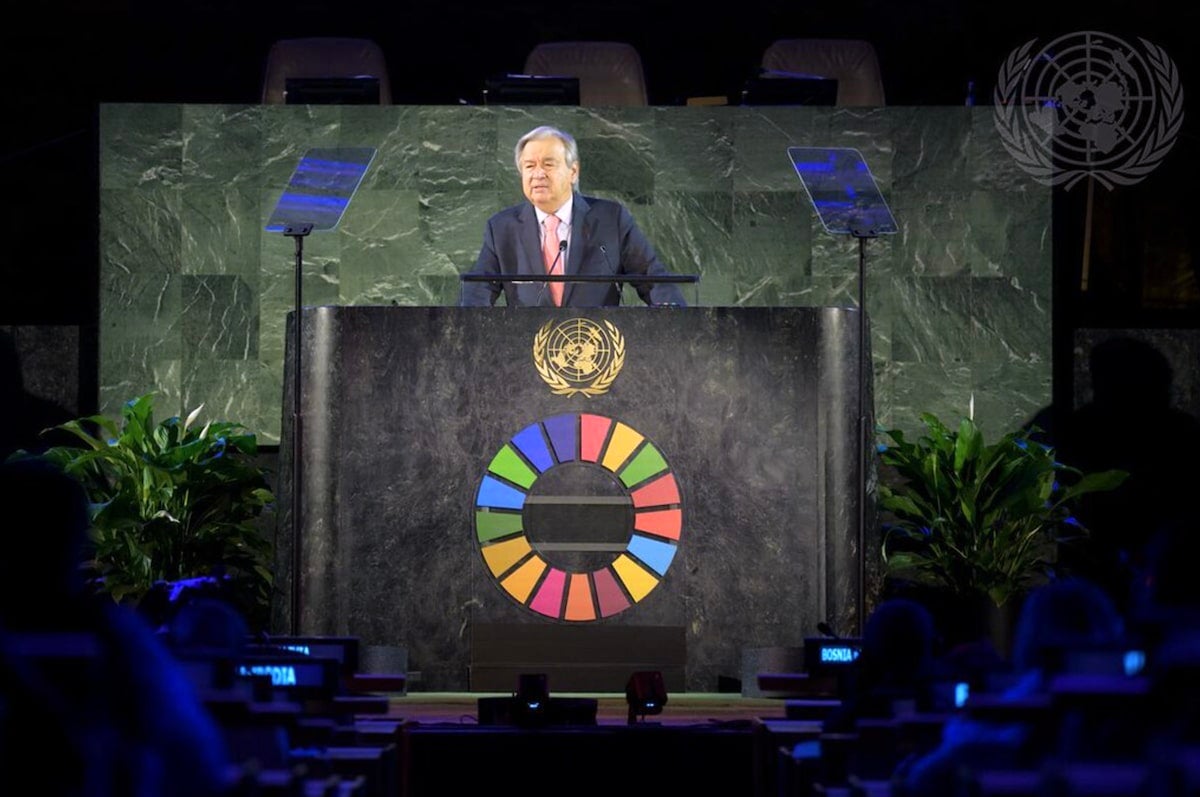 As representatives from countries all over the world gear up for the COP27 climate change conference in Egypt, Secretary-General of the United Nations (UN) António Guterres has been painting a stark picture of intensifying climate impacts around the globe.

Guterres accused the wealthiest 20 countries in the world of not doing enough to prevent Earth from overheating, reported The Associated Press.

The UN chief spoke from New York as international government representatives met in Kinshasa, Congo’s capital, to prepare for the climate conference next month.

“A third of Pakistan flooded. Europe’s hottest summer in 500 years. The Philippines hammered. The whole of Cuba in black-out. And here, in the United States, Hurricane Ian has delivered a brutal reminder that no country and no economy is immune from the climate crisis,” Guterres said, as UN News reported.

Guterres highlighted how important COP27 is for the world, but cautioned that the joint dedication of the G20 intergovernmental forum of industrialized countries is happening “far too little, and far too late.”

The steps being taken by the world’s richest countries didn’t “add up,” Guterres said, and would make it impossible to meet the goal of limiting global heating to even two degrees Celsius above pre-industrial levels, much less 1.5 degrees Celsius.

”[W]e are in a life-or-death struggle for our own safety today and our survival tomorrow,” said Guterres, as reported by UN News. Guterres added that the goal would require “a quantum level compromise between developed and emerging economies.”

The secretary-general expressed that the issue of the cost and harm caused by the climate crisis was “a moral imperative that cannot be ignored,” UN News reported.

The world’s wealthiest countries, primarily the U.S., are responsible for much more carbon dioxide than its poorer nations from the burning of fossil fuels, but the planet’s poor nations have suffered an inordinate amount.

Climate scientist from the Bahamas Adelle Thomas said that the pronouncements from Guterres on the severity of the climate crisis spoke to the devastation that has been endured by the world’s poorest countries, reported PBS NewsHour.

The comments by Guterres “highlight what small islands and least developed countries have been arguing for decades — that loss and damage is irrefutable and already disproportionately affecting the most vulnerable countries and communities,” Thomas said, as PBS NewsHour reported. “We are reaching a breaking point, where developed countries must respond instead of continuing to delay action with empty promises and prolonged discussions.”

Guterres expressed that COP27 will show how governments will handle the increasing burden the climate crisis is having on the world’s most vulnerable nations, reported UN News.

Fifty percent of all climate finance must be put toward resilience and adaptation, and support must be given to emerging economies for building that resilience, as well as developing renewable energy sources, said Guterres.

“We need progress… that shows that leaders fully comprehend the scale of the emergency we face and the value of COP, as a space where world leaders come together to solve problems and take responsibility,” said UN Deputy Secretary-General Amina Mohammed, as UN News reported. “Every moment counts.”

Mohammed said that the $40 billion a year for adaptation support by 2025 committed by the G20 nations in Glasgow last year was just a small portion of the $300 billion needed for adaptation each year by 2030.

“The world can’t wait,” Guterres said, as reported by UN News. “Emissions are at an all-time high and rising.”