UN: Acute Food Shortages Worldwide May Double Due to COVID-19 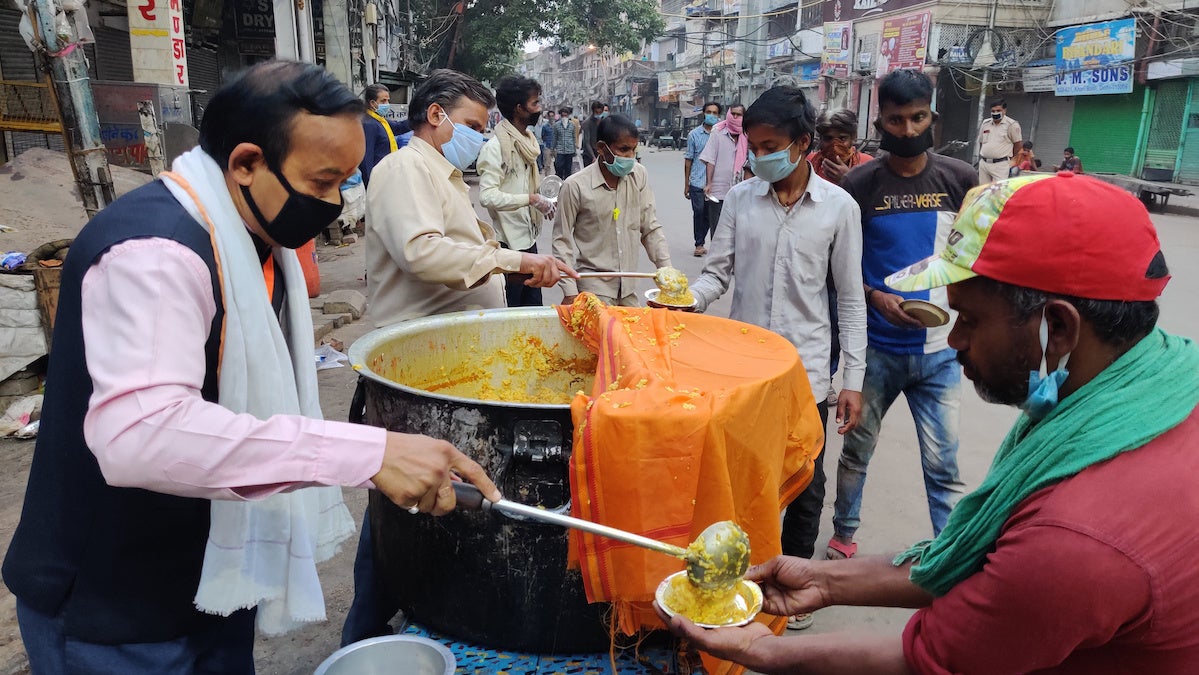 People eat free food distributed by local charities on April 14, 2020 in New Delhi, India. All shops and establishments in the market of Chandni Chowk are closed in a 40-day lockdown due to COVID-19. Pallava Bagla / Corbis via Getty Images

A stark new assessment from the UN’s World Food Program (WFP) found that the economic implications from the economic downturns due to the coronavirus crisis might raise the number of people facing acute food shortages to 265 million, according to Reuters. That’s nearly twice as many as were already suffering from acute hunger.

The WFP experts warned that swift action is required to provide food and humanitarian relief to the most at-risk areas of the planet before more than a quarter of a billion people are at risk of starving, as The Guardian reported.

“COVID-19 is potentially catastrophic for millions who are already hanging by a thread,” said Dr. Arif Husain, chief economist at the World Food Program, as The Guardian reported.

“It is a hammer blow for millions more who can only eat if they earn a wage. Lockdowns and global economic recession have already decimated their nest eggs. It only takes one more shock – like COVID-19 – to push them over the edge. We must collectively act now to mitigate the impact of this global catastrophe.”

The surge in food shortages is due to precipitous drops in tourism, as well as less money being sent to poorer regions, and travel and other restrictions that are driving economic engines to a halt, as Reuters reported.

The report warned that, in some of the poorest countries around the globe, attempts to save people from COVID-19 may be in vain if it means watching people die from hunger, according to the Global Report on Food Crises published on Tuesday by the UN Food and Agriculture Organization, the World Food Program and 14 other organizations.

“The upheaval that has been set in motion by the COVID-19 pandemic may push even more families and communities into deeper distress,” wrote António Guterres, the UN secretary-general in the foreword.

“At this time of immense global challenges, from conflicts to climate shocks to economic instability, we must redouble our efforts to defeat hunger and malnutrition. We have the tools and the knowhow. What we need is political will and sustained commitment by leaders and nations.”

Speaking to reporters, Husain warned that it is important to step in to prevent people who are living hand-to-mouth from selling their limited assets. If, say, a farmer sells his plough oxen, it may take years to become self-reliant again and it will decrease food production, according to Reuters.

“These were the people we were concerned about – those who were OK before COVID and now they are not,” he said, adding he was “really worried” about people living in countries with little or no government safety nets, as Reuters reported.

Even without the coronavirus, the food supply for many countries – such as Yemen, where conflict has led to millions facing starvation, and in east Africa, where locust swarms pose a famine threat – was already grim, as The Guardian reported.

“The pandemic is a crisis on top of a crisis in parts of Africa, Latin America and Asia,” said Sean Callahan, chief executive of the charity Catholic Relief Services in the U.S., to The Guardian.

“The severe health risks are only part of the outbreak. Lockdowns are hampering people from planting and harvesting crops, working as day laborers and selling products, among other problems. That means less income for desperately hungry people to buy food and less food available, at higher prices.”