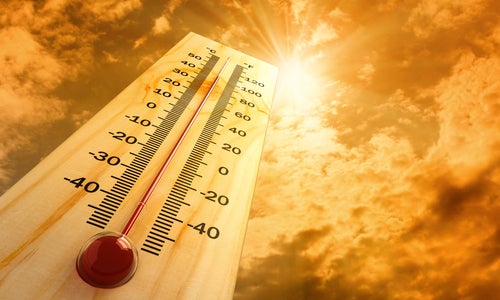 Not only was 2014 the hottest year ever recorded but 14 out of the 15 hottest years since 1850 have occurred in the 21st century, according to new data released today by the UN’s weather agency, the World Meteorological Organization (WMO). 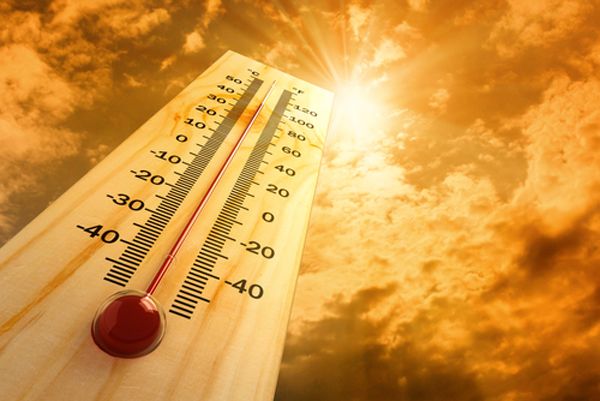 With the evidence of climate change apparent, the pressure will be on governments to overcome their difficulties and make progress towards signing an agreement in Paris at the end of 2015.

The WMO brought together the findings of the world’s three major climatic research units, the National Oceanic and Atmospheric Administration (NOAA), National Aeronautics and Space Administration (NASA) and the UK’s Met Office, all of which said 2014 was the hottest year on record.

The latest findings shows that every year since 2000 has been among the warmest since the middle of the industrial revolution. 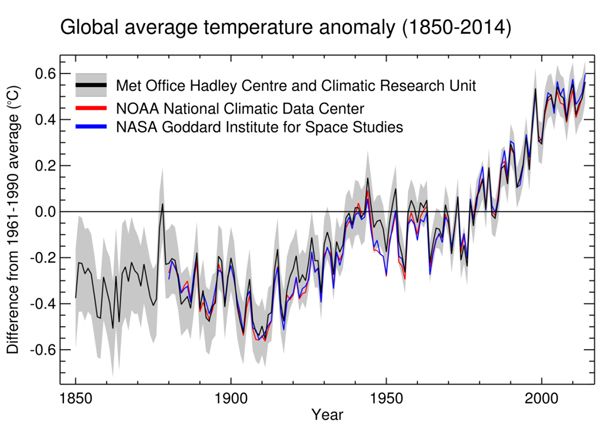 The overall warming trend is more important than the ranking of an individual year. Analysis of the datasets indicates that 2014 was nominally the warmest on record, although there is very little difference between three hottest years.

Fourteen of the fifteen hottest years have all been this century. We expect global warming to continue, giving that rising levels of greenhouse gases in the atmosphere and the increasing heat content of the oceans are committing us to a warmer future. 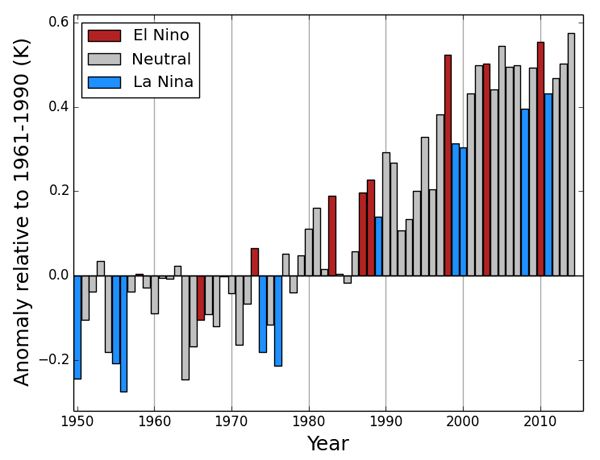 Notably, the high 2014 temperatures occurred in the absence of a fully developed El Nino, which are associated with a warming impact on the climate.

WMO highlighted that the record sea surface temperatures in 2014 as further evidence of climate change. The oceans absorb around 93 percent of all of the excess heat trapped in the atmosphere by greenhouse gases.

These rising temperatures are clearly having an impact on weather events around the globe, says WMO. 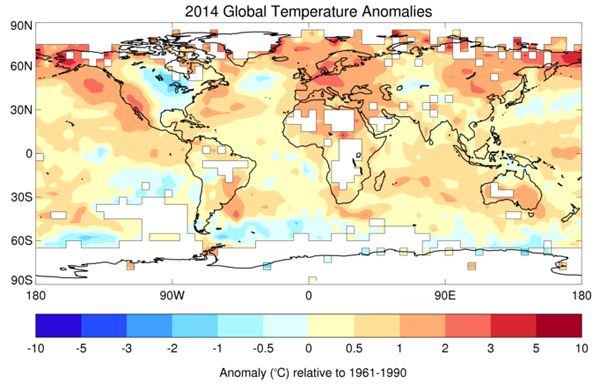 Record-breaking heat combined with torrential rainfall and floods in many countries and drought in some others—consistent with the expectation of a changing climate.

The latest analysis comes ahead of the next round of UN climate change negotiations to take place in Geneva from Feb. 9 to 14.

The talks aims to pave the way for a new global climate agreement to limit the rise of greenhouse gas emissions in the atmosphere and limit temperature rise to below the critical 2C threshold.

With the evidence of climate change apparent, the pressure will be on governments to overcome their difficulties and make progress towards signing an agreement in Paris at the end of 2015.

Racing Extinction: A Must-See Documentary of 2015