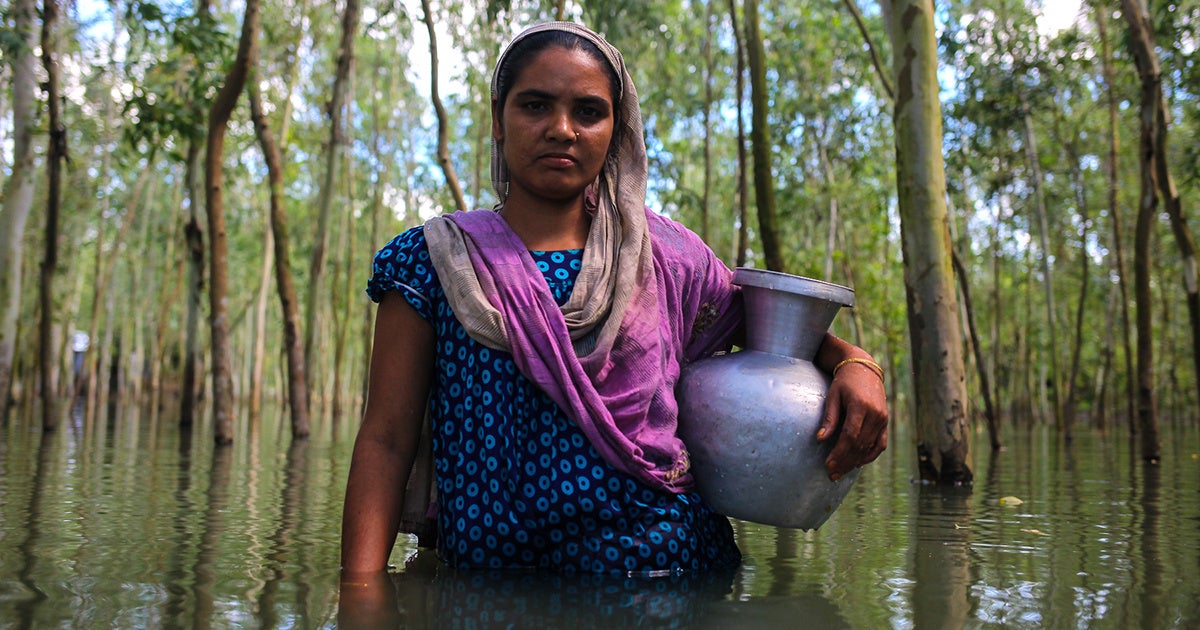 The final draft of a UN compact on migration published July 11 recognized the existence of climate refugees specifically for the first time, The Thomson Reuters Foundation reported Thursday.

The Global Compact for Safe, Orderly and Regular Migration acknowledged climate change as a cause of migration, both due to extreme weather and “slow onset events” like drought after various advocacy groups pushed for the addition.

“It’s the first time the international community has recognized that migration and displacement can be caused by climate change disasters and has made specific commitments on how to address that,” Walter Kaelin from the Platform on Disaster Displacement told the Thomson Reuters Foundation.

Weather disasters displaced an average of 26.4 million people a year between 2008 and 2015, according the UN. And in March the World Bank warned that more than 140 million people in Africa, South Asia and Latin America could be forced to migrate due to climate change unless the world acts quickly to lower emissions, according to Reuters.

Most of the climate change mentions in the current compact come under Objective No. 3, calling on signatories to “Minimize the adverse drivers and structural factors that compel people to leave their country of origin.”

The compact lists investing in “climate change mitigation” as one way to minimize these forces.

The compact also calls on signatories to share information to better understand and predict climate-caused migrations, develop strategies to combat the effects of climate change, consider possible displacement when creating disaster response plans, coordinate at a regional and subregional level to make sure the humanitarian needs and rights of climate migrants are met and develop strategies to respond to the challenges posed by climate-based migration movements.

“After this compact, no one can say: ‘We don’t see a relation between climate change and displacement and migration,'” head of climate change and resilience policy at CARE International Sven Harmeling told The Thomson Reuters Foundation.

“But we’ll have to see how fast and how many governments will sign up to this,” he added.

The compact will be officially adopted at a meeting in Morocco in December.

The compact is non-binding and does not require countries to agree to targeted goals or to grant any climate migrant legal status.

It was first begun in 2015 in response to the refugee crisis in Europe, which saw the largest number of refugees enter the region since World War II.

The compact was originally agreed to by all 193 UN member countries, but the U.S. pulled out last year and Hungary also promised to withdraw Wednesday.

The U.S. government has since come under fire for its treatment of Central American asylum seekers at the country’s southern border, some of whom are partly fleeing drought and food insecurity linked to climate change.

Correction: An earlier version of this article misspelled the Thomson Reuters Foundation