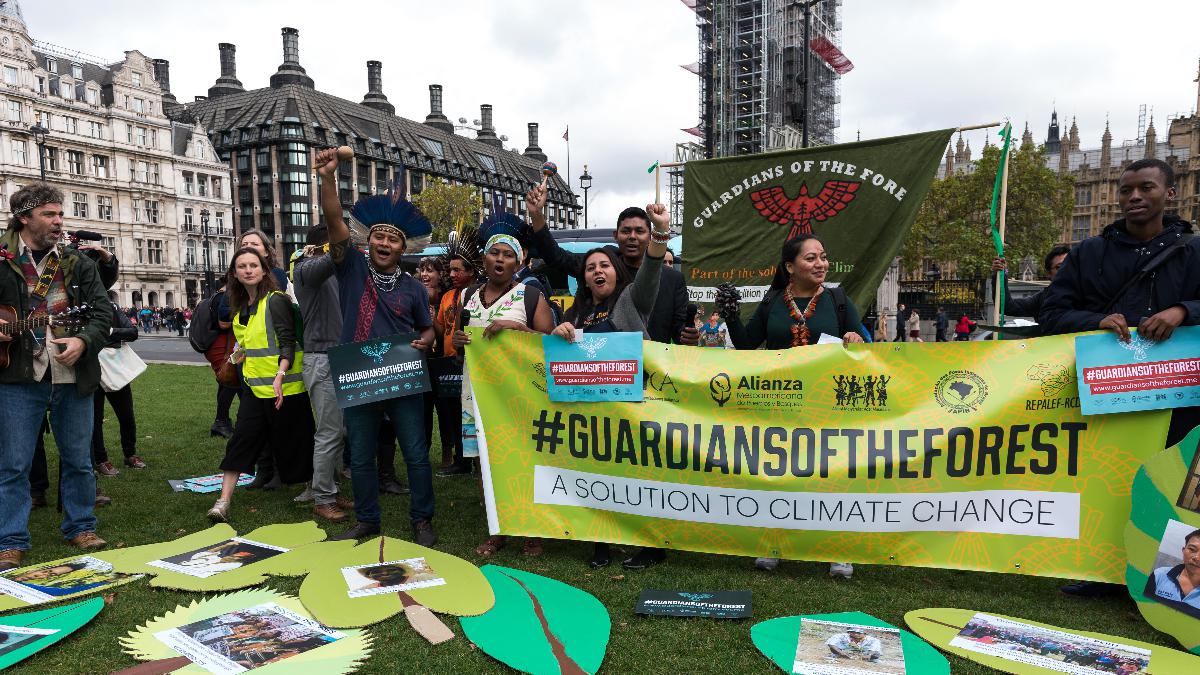 Indigenous leaders from Latin America, Indonesia and Africa take part in a Guardians of the Forest demonstration in Parliament Square against illegal logging, deforestation, loss of lands and climate change, in London, England on Oct. 24, 2017. Wiktor Szymanowicz / Barcroft Media via Getty Images

Aiming to preserve 30 percent of the world’s land and water by 2030, dozens of countries will take part in a UN biodiversity conference later this year – but Indigenous people won’t have a seat at the table.

Indigenous communities have repeatedly mobilized to block logging, mining and overfishing, with great success. More than a quarter of the world’s lands are managed by Indigenous communities, and studies show that these areas often boast more biodiversity than lands marked out for conservation by national governments.

And yet, while Indigenous communities will be able to attend the UN conference as observers, they are not recognized as parties to the biodiversity talks and cannot vote on the outcome, a dynamic that is likely to limit the ambition of the final agreement. Indigenous groups have said the goal of saving 30 percent of land and water is insufficient, a claim backed by science, and have called for saving 50 percent.