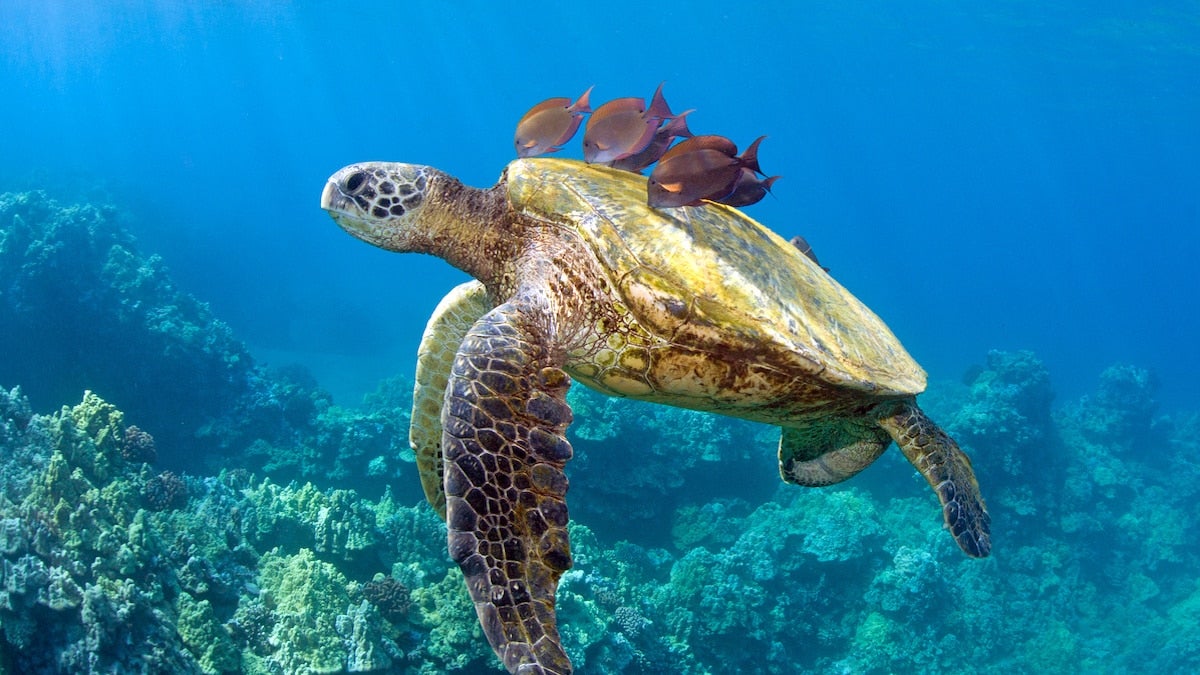 “We are in a state of planetary emergency,” the 65 leaders, who include German Chancellor Angela Merkel and Bangladesh Prime Minister Sheikh Hasina, wrote ahead of a UN biodiversity summit on Wednesday. “We commit ourselves not simply to words, but to meaningful action and mutual accountability.”

The commitments, which come two days before a UN biodiversity summit in New York, include eliminating plastic leakage to the oceans by 2050 and incentivizing banks and businesses to value the natural world. The leaders identify unsustainable production and consumption as a key driver of environmental crises that “require urgent and immediate global action.”

But strongmen leading some of the world’s biggest polluters — U.S., China, India, Russia and Brazil — are not among the signatories.

The pledge follows the September publication of a landmark assessment of biodiversity which showed humanity had failed to fully achieve any of the 20 global biodiversity targets set by the UN ten years ago. Just six of them had been “partly achieved,” the report said. For one goal, on protecting coral reefs, the world was found to be moving in the opposite direction.

Data from individual governments shows that a third of national biodiversity targets, which are set by the countries themselves, are on track to be met or exceeded. But these are less ambitious than the UN targets and less than a quarter match up well with the global goals to protect nature.

The vision for biodiversity set out in 2010 is only achievable if the world responds to “compelling evidence” that “transformative change” is required, said Elizabeth Maruma Mrema, executive secretary of the UN’s Convention on Biological Diversity, which prepared the Global Biodiversity Outlook (GBO) report.

The charge sheet is long. Pollution from plastics and pesticides have not been brought down to safe levels. Governments still subsidize businesses that damage ecosystems. Coral reefs, which are dying across the world, are struck by the triple-threat of human action: climate change, pollution and overfishing. Some of those drivers are getting worse.

And even where there is progress, it is rarely enough. Deforestation should have been halted by now, but has only been cut by a third, with Asia and Europe gaining forests while Africa and South America lose them at a faster rate.

Conservation efforts have saved species like the Puerto Rican amazon parrot and the Mongolian Przewalski’s horse. But they have failed to keep others like the Western Black Rhino or the Christmas Island pipistrelle from being wiped out forever.

While the big trends in biodiversity loss were already known, the UN report included “systematic analysis” on how well the world has achieved the 2010 targets, said Josef Settele, an ecologist at the Helmholtz Center for Environmental Research in Germany, who contributed research to the report but was not involved in writing it.

“There is also some brightness,” Settele added. “The things we are doing are not completely in vain.”

For instance, almost 100 countries have incorporated biodiversity values into national accounting systems. Over the last 20 years, the world has increased the share of protected areas from 10% to 15% on land and from 3% to 7% in water.

There are now more fish in waters managed by good fishing policies. Governments are increasingly eradicating invasive species from islands. And since 1993, conservation actions have prevented the extinction of between 28 and 48 bird and mammal species, according to a study published this month in the journal Conservation Letters — though many remain highly threatened and may still become extinct.

“The progress toward conserving life on earth has been much greater than it would have been [without action],” said Thomas Brooks, chief scientist at the International Union for Conservation of Nature, who was a co-author of the Conservation Letters study but was not involved in the GBO. “The absolutely key question is how to scale up from where things currently are, in terms of responses, to meet targets comprehensively.”

The way to get that scale, according to the GBO report, is by “mainstreaming” the opportunities and responsibilities from protecting nature. That means every level of society — from individuals and local communities to businesses and national governments — would need to factor biodiversity into their economic decisions.

Like climate change, ecological collapse is happening at breakneck speed. A 2019 report by IPBES, the UN panel of biodiversity experts, found that humans are altering the natural world at an “unprecedented pace” and threatening 1 million animal and plant species with extinction. 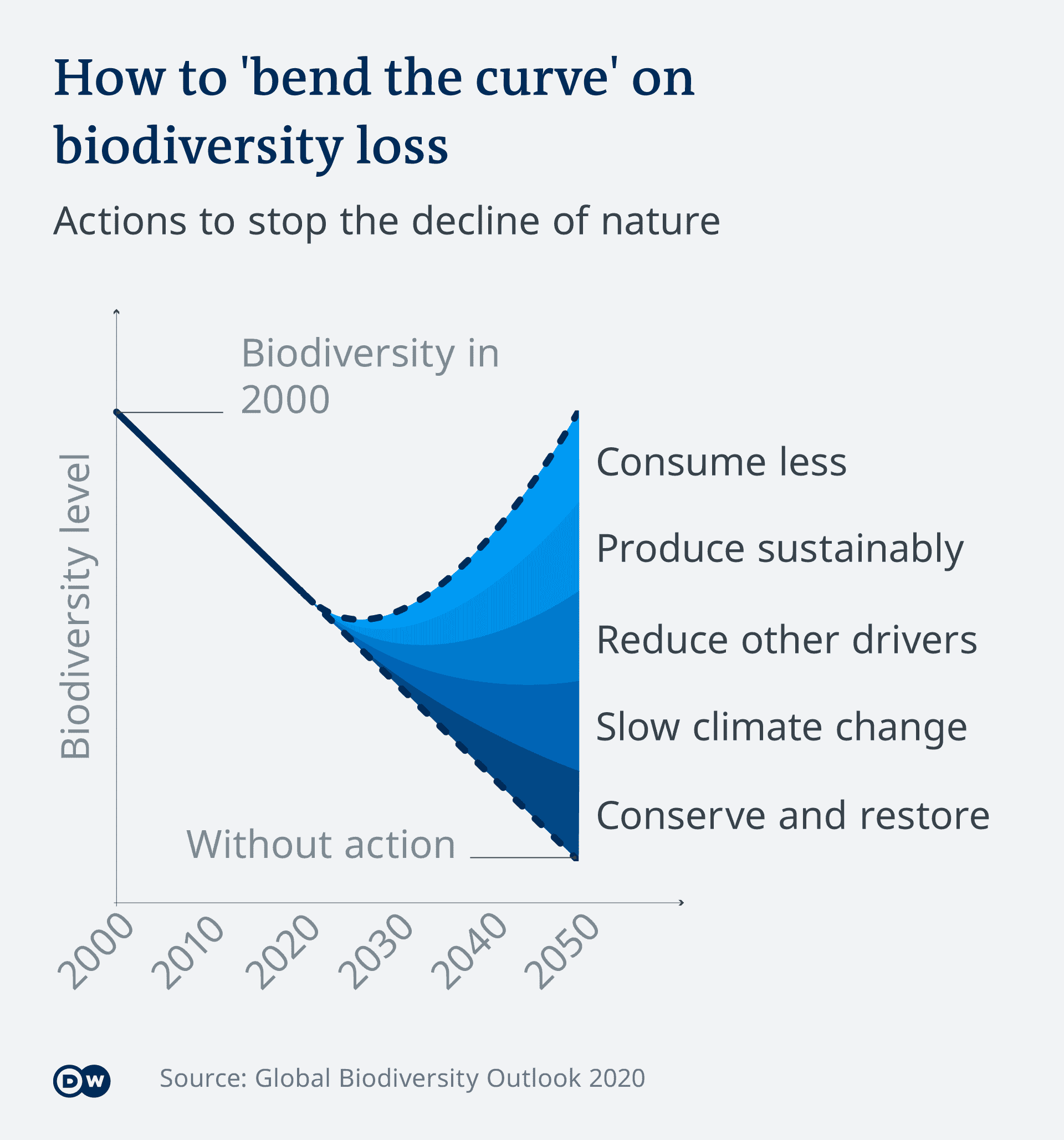 Scientists say both issues require systemic changes, but individual actions can help. Agriculture is one of the greatest drivers of biodiversity loss and greenhouse gas emissions. A study published in the journal Nature this month found that more than two-thirds of future biodiversity losses could be avoided by conserving and restoring land, reducing food waste and switching to more plant-based diets.

They are among many actions laid out in the GBO report to reduce and eventually restore lost biodiversity.

If we do not act faster, said Inger Andersen, executive director of the UN Environment Program, “biodiversity will continue to buckle” under the weight of overexploitation, climate change, pollution, invasive alien species and changes to land and sea. “This will further damage human health, economies and societies — with particularly detrimental effects on indigenous peoples and local communities.”