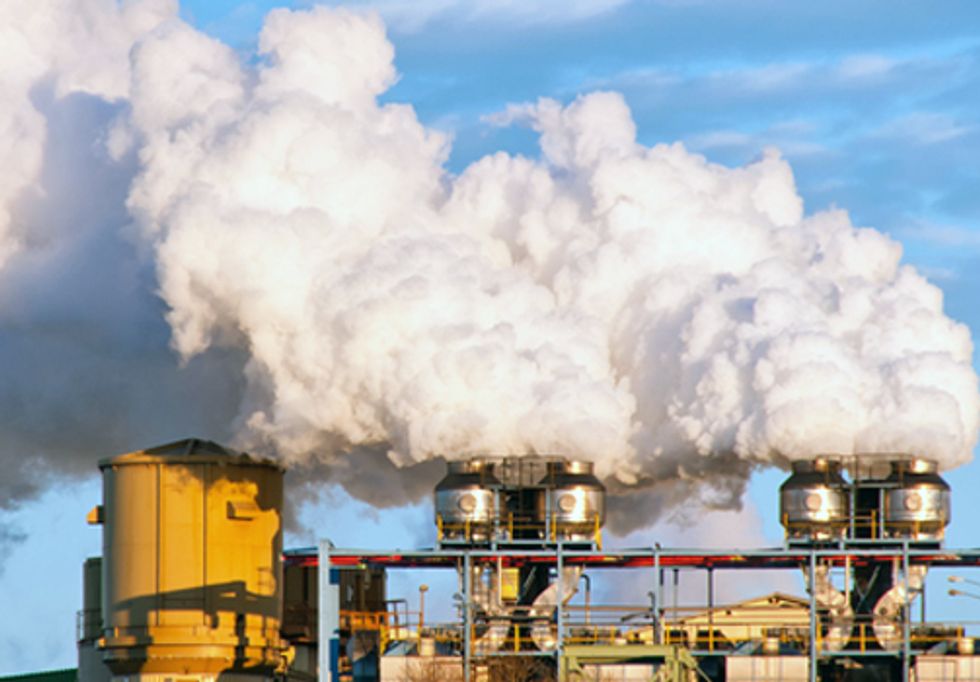 [Editor's note: You'd think these three reports released this week—World Resources Institute report finding there are 1,199 new coal power plants in the works, totaling more than 1.4 million megawatts of capacity worldwide, World Meteorological Organization report stating that the amount of greenhouse gases in the atmosphere reached a new record high in 2011 and the World Bank report, Turn Down the Heat: Why a 4°C Warmer World Must be Avoided, warning that if the global community fails to act on climate change, it will trigger a cascade of cataclysmic changes that include extreme heat-waves, declining global food stocks and a sea-level rise affecting hundreds of millions of people—would be enough to move world leaders toward dramatically reducing carbon dioxide and other greenhouse gas emissions. Hopefully headway will be made at the UN climate summit in Doha beginning next week.]

Governments are falling far short of their commitment to keep global average temperature rise below the accepted 2°C goal, putting the world on the brink of climate catastrophe.

The UN Environment Program’s Emissions Gap Report 2012, released Nov. 21, identifies a huge gap between current pledges to cut polluting greenhouse gas emissions for 2020 and the benchmark of 44 gigatonnes that offers a credible pathway to staying below 2°C.

Last year, UNEP put the gap between pledges and what’s needed at 6-11 gigatonnes—but has now increased this estimate to an alarming 8-13 gigatonnes. In context, annual emissions from the U.S. and China are currently around 7 and 10 to 11 gigatonnes, respectively.

“UNEP’s assessment confirms that the world is standing on the brink,” says Samantha Smith, head of WWF’s Global Climate and Energy Initiative.

“On current levels of ambition, we are heading for warming of 4°C this century—a prospect that the World Bank this week described as ‘devastating’. In the face of such sobering assessments by some of the world’s largest institutions, we have to ask – what will it take for our leaders to listen and act?”

There are a range of actions that can be taken immediately to begin to close the gap, including at the UN climate summit in Doha which begins next week:

“UNEP shows clearly that it is still feasible to get back on track for a safer climate future, but that every year’s delay makes the task harder,” says Smith.

“The solutions are all in our grasp—energy efficiency, clean renewable energy, smarter transport systems, action to protect our forests and a move to more sustainable agriculture. By far the biggest barrier to delivering these is the collective and individual failure of political will. Unless we act urgently, future generations will not forgive us,” she says.