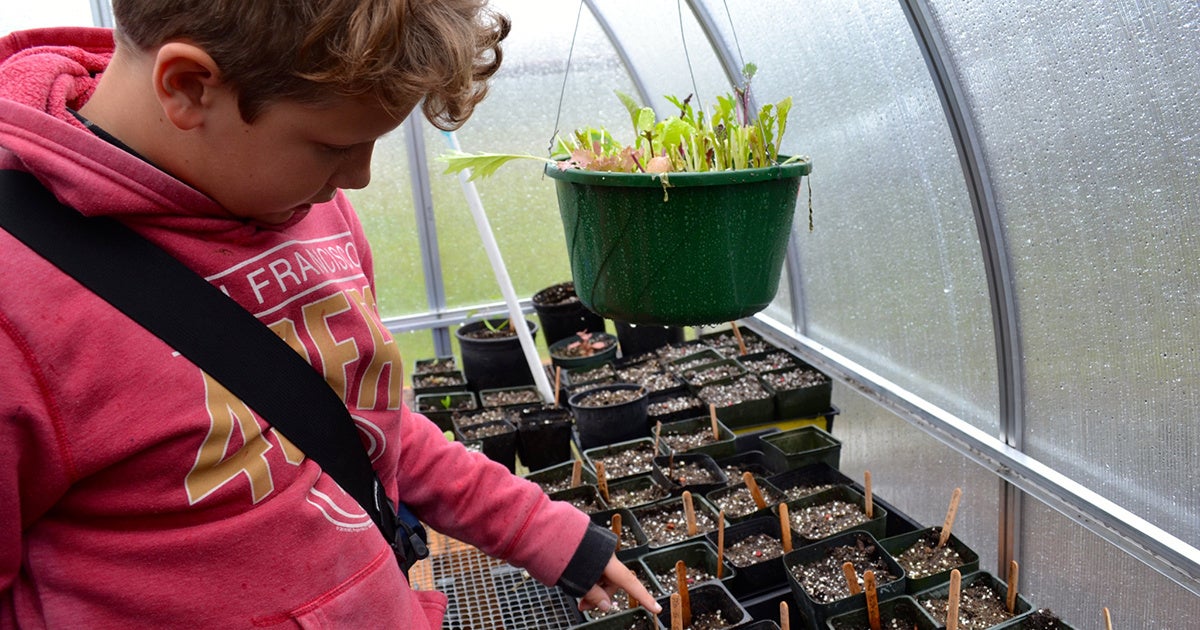 One program teaches girls the science and math skills they need to solve environmental problems in their communities and go on to lives of greater opportunity, another uses marine science to empower students in a low-income, highly diverse San Diego community, and yet another gives Hawaiian middle schoolers the chance to participate in research surrounding the reintroduction of the highly endangered ‘Alala (Hawaiian Crow).

All are innovative environmental science, technology, engineering and math (E-STEM) education non-profits that have been awarded the 2018 UL Innovation Education Award, announced Wednesday.

The UL Innovation Education Award, designed in collaboration with the North American Association for Environmental Education (NAAEE) offers $250,000 to non-profits in the U.S. and Canada that are working with young people to inspire a passion for STEM through tackling environmental problems.

“The award program … empowers the next generation of leaders to connect with the natural world, develop science-based sustainable solutions for local communities and nurture a capacity for social responsibility.” the website explains, and 2018’s winners certainly do all three.

Scroll down for an inspiring round-up of the innovative programs teaching tomorrow’s environmental leaders and problem solvers. 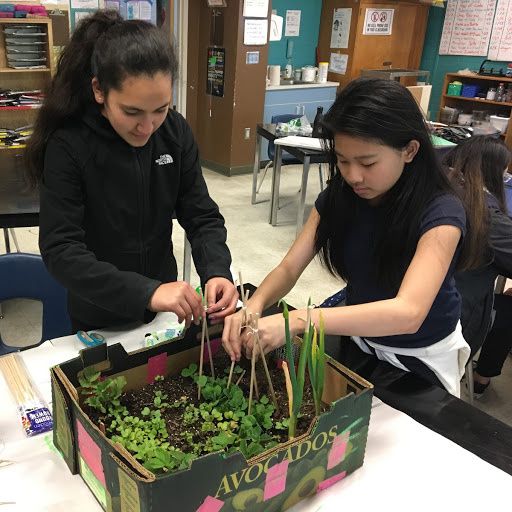 Techbridge Girls at Cascade Middle School in Seattle, WA designed a community garden (prototype) to help provide fresh produce to individuals who may not be able to afford it otherwise.Techbridge Girls

When the founder of Techbridge Girls began taking her son to STEM enrichment programs, she noticed that there were very few girls participating. Since she had an academic background, she went to the research to see if girls were really less interested in STEM subjects. But that’s not what the research said.

Instead, it was “the environment, the pedagogy, the exposure, the opportunities and the narratives that we’ve created around STEM that prevent them from wanting to engage with it,” current Techbridge Girls CEO Nikole Collins-Puri explained.

So she set out to change that, and has widely succeeded. The program, which began in 2000 out of the Chabot Space & Science Center in Oakland, California, has grown to include other parts of California, Seattle and Washington DC.

It conducts after-school programs with girls aged six to 17 in low-income school districts, and has seen measurable results. Its graduates are more likely to graduate from high school, more likely to enroll in AP algebra and calculus classes and twice as likely to pursue careers in STEM fields as the national average.

While the program focuses on all STEM skills and fields, not just environmental ones, Collins-Puri said that, when given a chance to solve problems in their communities, environmental problems are often the ones the students choose to solve.

Techbridge Girls won this award specifically to expand their middle-school ChangeMakers program, in which girls are encouraged to use STEM skills to solve problems in their communities.

Collins-Puri said at the end of the year showcase, most projects focus on either the environment or bullying.

For example, a student named Ximena used woodworking and electrical engineering to build a birdhouse designed to attract endangered species to her school. Another student, Amaya, designed a portable utensil holder so that classmates could bring silverware from home instead of wasting plastic by using the cafeteria’s single-use cutlery.

“Now they have the language and the knowledge, but also the skills so they can be change agents,” Collins-Puri said.

The Ocean Discovery Institute is another program providing science education in a low-income community that has made a measurable difference in the lives of its students.

It works with students at all levels in the “school shed” of the San Diego neighborhood of City Heights, a low-income community that is also one of the most diverse in the nation, providing tuition-free science education that ranges from day-long data collecting trips to San Diego bay to intensive summer programs in Baja California working on conservation projects like reducing bycatch in fishing nets.

And the program pays off. “Our students in record numbers go on to pursue these fields,” Director Shara Fisler said.

Fisler started the program in 1999 after her experience taking on inner-city Los Angeles high-school students as research interns. She said it was “mind-boggling” how participating in actual research “changed their belief in their own abilities as the summer progressed.”

This is the confidence-boosting experience her project has gone on to replicate for thousands of students over the past twenty years. And she will use the award money to expand the number of participants, both by moving in to a new facility that will allow the program to work with 10,000 students and by developing ways to scale the program to other communities.

“Our students can be the innovators of tomorrow,” Fisler said. 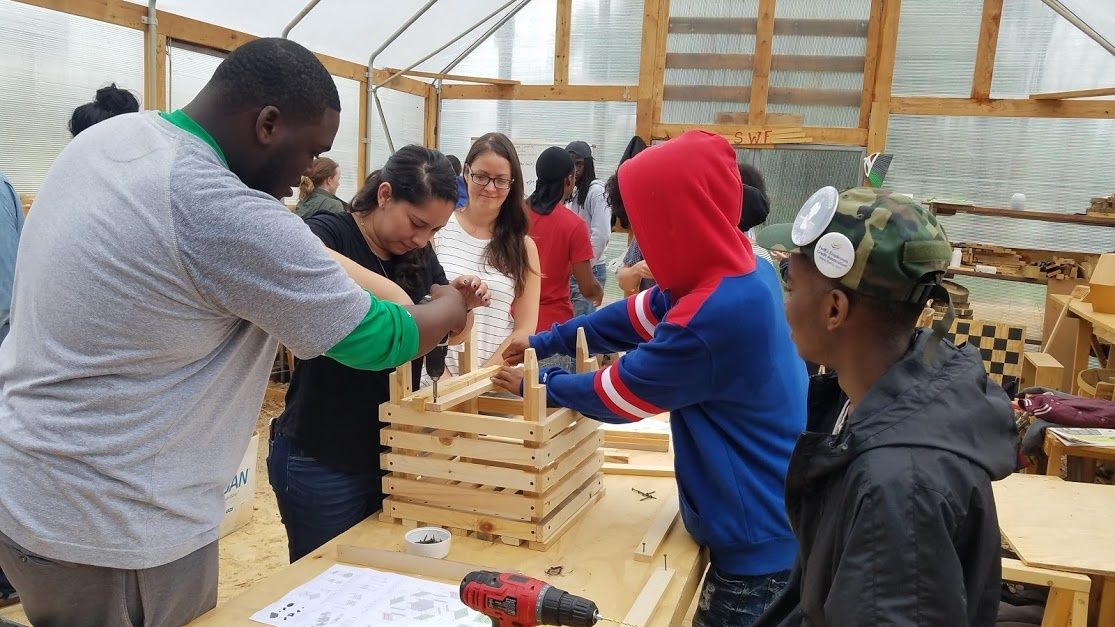 Embodying its tagline “There Grows the Neighborhood,” Sweet Water Foundation (SWF) gives low-income young people living on Chicago’s South side the chance to participate in transforming their community while learning valuable skills.

The foundation practices something called “Regenerative Neighborhood Development,” turning abandoned lots and buildings into sustainable community spaces that are ecologically and economically productive.

“SWF’s work is a direct response to the everyday chaos of economic hardships, violence, perpetual poverty, and systemic racism that pervades the community. SWF operates in a manner that acknowledges these realities and delivers skill-based training in a healing environment that restores connections to others, the land and our creative human nature,” Executive Director Emmanuel Pratt said.

It began in 2009 as a program dedicated to bringing aquaponics to K-12 classrooms and transformed its first urban location in 2010 by turning an old shoe warehouse into an aquaponics and urban agriculture center.

The program has grown to work with hundreds of thousands of people in three rust-belt cities, according to its one paper.

It won this award specifically for its Apprenticeship and Outreach Program (AOP), which gives young people training in STEM and green collar career paths as they work to transform unused urban spaces.

“Since 2015, AOP has become the heart of the organization—engaging youth in the revitalization of their communities and providing critical job/life skills such as carpentry, farming, nutrition, meal preparation and architecture,” Pratt said.

SWF will use the award money to facilitate the growing number of projects it is developing for its apprentices. 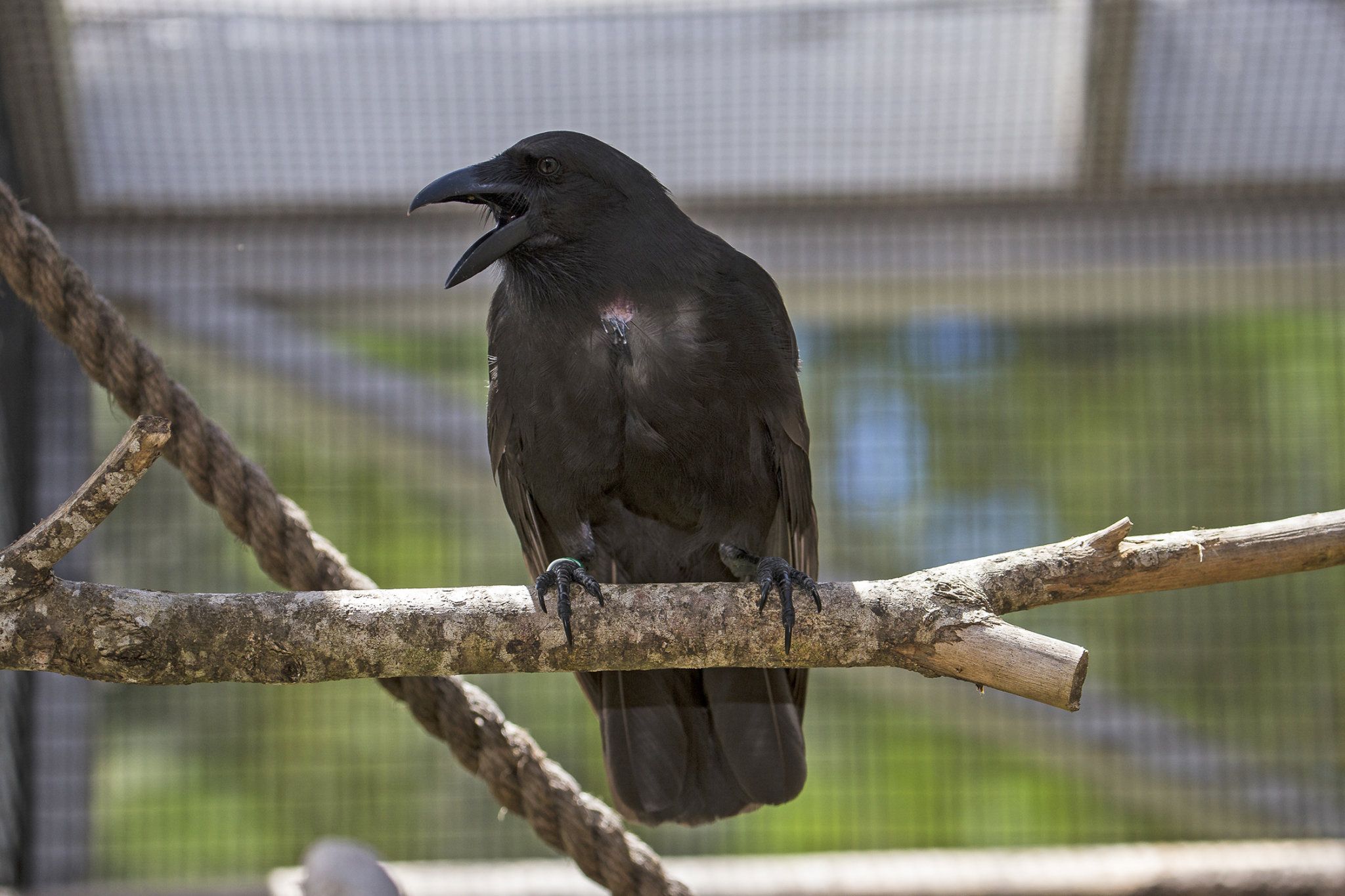 The ‘Alala (or Hawaiian crow) Reintroduction Community Inquiry Program allows students to participate in a different kind of recovery, the recovery of a native bird species extinct in the wild.

The program, lead by San Diego Zoo Global, just finished its pilot year in the middle school classroom of David Wells at Volcano School of Arts and Sciences on the big island of Hawaii.

Fifty-four six, seventh and eighth graders visited the San Diego Zoo’s Keauhou Bird Conservation Center, where the birds are being cared for and reintroduced.

There, students collected and harvested native fruits, giving some to the staff to pass through the ‘Alala’s digestive system, and returning with the rest to care for in a newly built greenhouse.

The well-being of both sets of plants will then be assessed, the students having participated in research into whether the presence of ‘Alala helps forests regenerate.

The pilot program was a success with students, according to Wells.

“He said that they were just extremely engaged,” director of community engagement at San Diego Zoo Global Maggie Reinbold said.

Reinhold said the award will allow them to expand the program next year to four other schools.

The expanding student program parallels the expanding reintroduction of the birds themselves. Eleven birds that were released into the wild in 2017 are doing well, and will likely be joined by 10 to 12 more in September.

“Hopefully, eventually, the kids will be able to see them in the wild,” Reinbold said.

The program also focuses on the ‘Alala’s significance in Hawaiian culture. Next year students will conduct interviews with Hawaiians who remember encountering the birds in the wild.

“The whole story is built around this species both culturally and ecologically, and getting that species back out into our native forests here, and having the community support behind that effort,” Reinbold said.

The final video explaining a Groundswell-facilitated project to paint a mural educating the community about storm-drain pollution.

Groundswell works with teachers to find community experts and partners to facilitate students in “learning what was going on in their community with nonpoint source pollution” and devising solutions, Pelon said.

One of the more successful projects featured a mural raising awareness about pollution entering waterways via storm drains that the students submitted to the 2015 ArtPrize competition in Grand Rapids.

Pelon said the program benefited students in two key ways. First, research conducted thanks to a National Oceanic and Atmospheric Administration grant showed that, “in older students, it slowed the decline of their connection to nature,” Pelon said.

Second, participating in programs with community partners inspired students to go into environmental policy or science careers, since they got to “see people having jobs in a field that they might not have ever considered,” Pelon said.

Groundswell will use the award money to do more active recruiting and to develop a way to be more self-sustaining as an organization, instead of living from grant to grant.