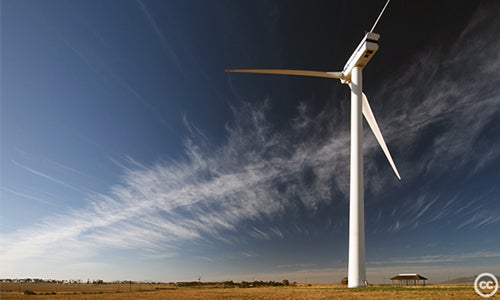 Wind power went from strength to strength in the UK in 2014, with new figures from the National Grid showing the sector smashed its previous energy generation record last year. 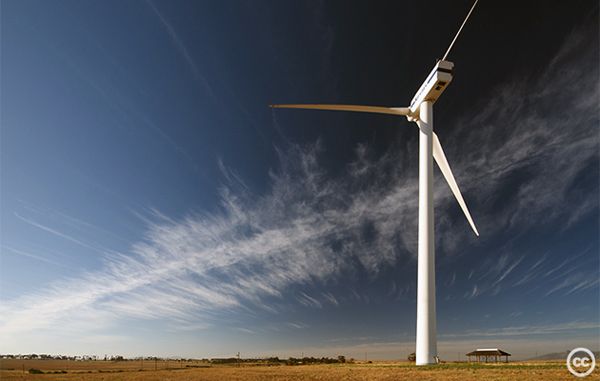 It was revealed this week that the wind power in the UK climbed 15 percent in 2014 and now powers a quarter of British homes.

Wind power generation rose from 24.5 terawatt hours to 28.1TWh—enough to supply the needs of more than 6.7 million households across the UK.

Across the board, UK wind power generation is breaking records. December generation broke records, with wind’s contribution to the electricity mix rising to 14 percent.

In Scotland too, energy generation from wind broke records—in November alone, energy from Scottish wind farms provided power for 107 percent of homes in the country.

It’s great to start 2015 with some good news about the massive quantities of clean electricity we’re now generating from wind, with new records being set month after month, quarter after quarter, and year on year, as we increase our capacity to harness one of Britain’s best natural resources.

He noted the importance clean energy would play in the forthcoming general elections:

We’re now into a general election year so we know that the political temperature is set to carry on rising over the next few months. The cost of energy has become an important political issue, so now would be a good time for voters, prospective parliamentary candidates and MPs to take account of the fact that onshore wind is the cheapest form of renewable energy we have at our fingertips.

The study found the Scottish government’s policy goal of decarbonising Scottish power generation by 2030 was technically possible, due to the country’s abundance of wind and wave energy resources.

Our technical analysis shows that a system with an extremely high proportion of renewable electricity generation located in Scotland can be secure and stable.There is no technical reason requiring conventional fossil and nuclear generation in Scotland.

What’s more, while the Scottish government’s current decarbonisation plan to 2030 relies on untested carbon capture and storage (CCS) technology, the latest research shows this is not needed to ensure a fossil-free future.

It states that “a renewables-based, efficient, flexible, electricity system is perfectly feasible by 2030”

To become entirely renewable-dependent would be a cheaper and safer option for the country.

Renewable energy is more than 50 percent cheaper than installing carbon capture and storage in thermal plants, while renewables would be replacing dangerous fossil fuels that have negative effects on the planet and on public health.

Moreover, WWF stated that renewable projects in the pipeline are more than adequate for the country’s electricity needs.

Pursuing this pathway would allow Scotland to maintain and build on its position as the UK and Europe’s renewable powerhouse, cut climate emissions and continue to reap the jobs and investment opportunities offered by Scotland’s abundant renewable resources.

The report has given the Scottish government a number of policy recommendations to be implemented if the target is to be met, suggesting  Westminster and Holyrood  should work together to support initiatives to reduce the demand for energy.