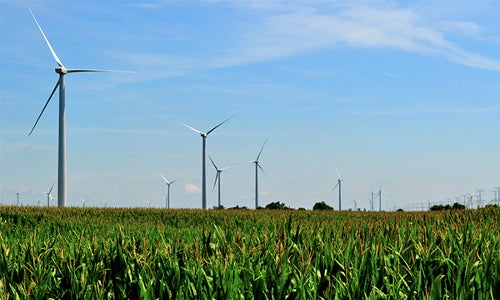 As the UK cleans up after being lashed by the remnants of Hurricane Bertha, which brought summer flooding and travel disruption, it is also reaping the benefits of a boost to the country’s wind industry brought by the storm, with output hitting near record highs. 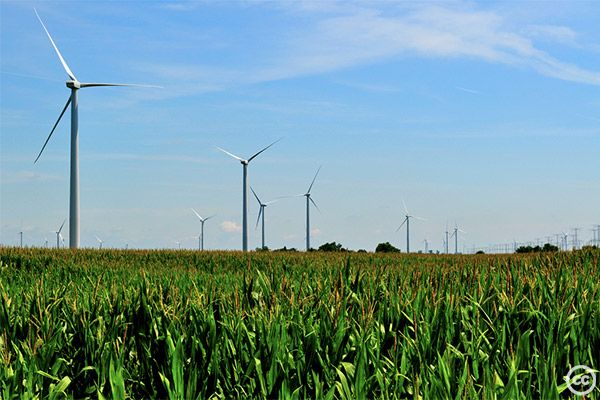 Wind power met almost 16 percent of the UK’s power demand on Monday morning, and 13.1 percent of demand over the preceding 24 hours.

It also took output to levels close to the record set during last December when wind energy met 10 percent of electricity demand throughout the month and peaked at 17 percent of demand.

The UK has broken a series of wind records over the past 12 months, and last week new government figures confirmed that 2013 had seen around 15 percent of electricity in the country come from renewables—7.9 percent of which was provided by onshore and offshore wind turbines.

The plentiful supply of wind energy is also helping to pick up the slack this week as French energy companies EDF was forced to shut down four nuclear reactors in the UK.

The reactors are expected to remain closed for eight weeks—after a fault was found in a boiler unit—but National Grid have said the closures should not affect the UK’s energy supply.

It told the Financial Times:

Demand is low at this time of year, and a lot of wind power is being generated right now.

This is an ironic turn of events, with critics of renewables arguing that surges in output caused by weather conditions create problems as renewable energy can not provide a reliable supply.

They argue such sources of energy will also fail to deliver the needed steep emissions reductions as back-up power capacity is still needed.

But the National Grid has said it can manage high levels of variable renewables, and this week’s events have shown that large reactors and generators can also suddenly go offline with no warning.

As recent government figures have show, in 2013 the load factors from onshore and offshore wind actually exceeded or equaled that of gas at nearly 28 percent.

How Doubling Renewable Energy Worldwide Could Save $740 Billion per Year