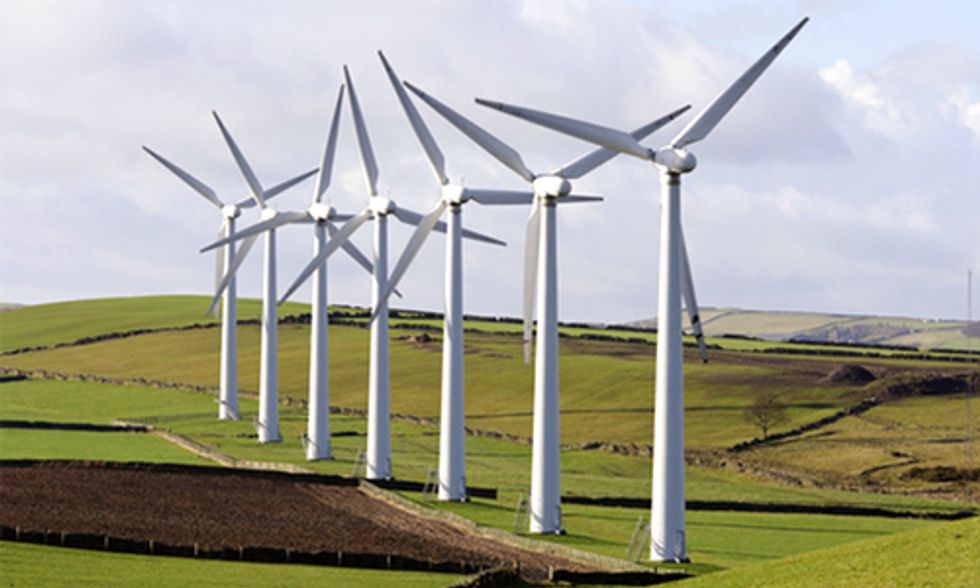 Wind energy continues to set new records in the UK.

Wind energy is taking its place as the UK’s new powerhouse, overtaking coal and nuclear as one of the most important resources we have to keep Britain’s lights on.
Photo credit: Shutterstock

The UK enjoyed a groundbreaking month in August, blowing past coal-fired energy generation on five separate days, according to Renewable UK, a trade group that promotes renewable-friendly policies in the UK. That's a first. The group reported that wind overtook coal in providing energy to the grid on Aug. 3, 9, 11, 12 and 17 and generated more energy than nuclear power on Aug. 29.

On Aug 11., wind set a record, providing 21 percent of UK electricity, breaking a record of 20 percent set last December. Although some of that surge was attributable to the aftermath of Hurricane Bertha, it broke that record on Aug. 17 when wind provided 22 percent of the country's electricity needs, demonstrating that wind is an energy sector that's getting stronger.

“Wind energy is taking its place as the UK’s new powerhouse, overtaking coal and nuclear as one of the most important resources we have to keep Britain’s lights on," said RenewableUK’s director of external affairs Jennifer Webber. "It continues to surpass its own records, and these figures prove that can happen at any time of year. As we approach autumn and winter, we can expect wind to maintain this strong performance and provide electricity when demand is especially high."

Renewable UK also reported that overall, wind provided 10 percent of the country's energy in August, not far behind the record of 13 percent set this past December.