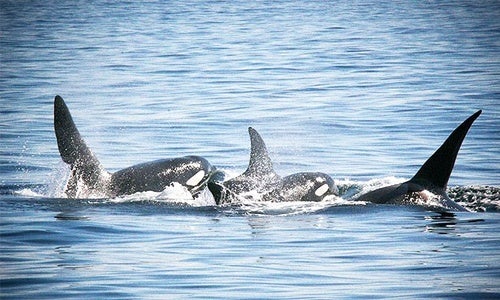 European killer whales and bottlenose and striped dolphins suffer from the highest levels of now-banned industrial chemicals ever recorded, according to a study released Thursday

The contamination has harmed their ability to successfully bear young, scientists report. As a result some European resident whale and dolphin populations have vanished and others are likely to go extinct—including a pod of killer whales off the coast of the UK that has dwindled to just eight individuals and has not given birth to a calf since 1990. 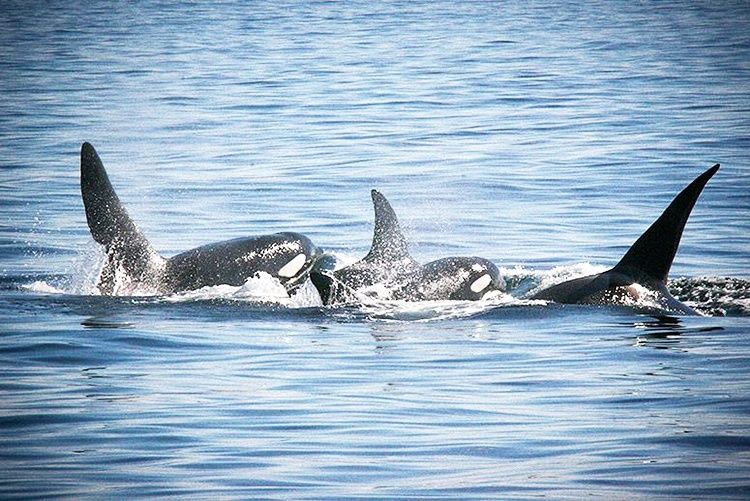 The UK’s rare killer whales have not had a successful birth since 1990 and will go extinct, researchers said. Photo credit: Nienke van Geel Hebridean

In the study, published in the journal Scientific Reports, researchers compiled data on concentrations of polychlorinated biphenyls (PCBs) in tissue samples from 1,081 marine mammals, including killer whales, harbor porpoises and striped and bottlenose dolphins. The samples came from animals in the UK, Ireland, Spain, France and elsewhere.

They found that even though PCBs have been banned in the UK and the European Union since the 1980s, bottlenose and striped dolphins and killer whales carried amounts of the chemicals in their bodies that far surpassed the levels known to cause health problems such as reproductive failure.

While the level of PCBs in marine mammals in the U.S. has continued to decline since they were banned in the 1980s, contamination remains level among those in the waters of industrialized Europe. Scientists are not sure why, Paul Jepson of the Zoological Society of London, the study’s lead author, said during a meeting with reporters.

“The answer to that is neither easy nor straightforward,” he said. “But mitigation measures should really involve dealing with historic and current industrial uses in old equipment—transformers and things, in electrical equipment—PCBs leaking out of landfill into rivers, PCBs in marine sediments, which are often dredged to keep shipping lanes open, which makes them more bioavailable to get into the marine food chains.”

PCBs are manufactured chemicals that were widely used in inks, flame-retardants, electrical equipment and other products and machinery during much of the 20th century. Health and environmental concerns led the U.S., the UK and the European Union to phase out PCBs during the 1980s, but they remain persistent in the environment.

“One of the things that is particular about them is they dissolve in fat tissue,” Jepson said. “Animals will ingest them in their diets and then the PCBs will pass through the gut into the blood stream and then eventually settle out in the fat tissue, in the blubber.”

As a result, predators high on the food chain, such as marine mammals, are at risk of consuming concentrated amounts of PCBs with their prey and then storing them in their own bodies, a process called bioaccumulation.

When female dolphins and whales nurse their offspring, they pass much of the contamination along with the fat in their milk, Jepson adds, “at a time when the new calf is very vulnerable.”

Some marine mammal populations off coasts of Spain, Portugal and France are also failing to reproduce and at risk of extinction because of PCB contamination, he said, adding that about 1.1 million tons of PCB-contaminated materials in the European Union still await proper disposal.

“Despite regulations and mitigation measures to reduce PCB pollution,” Jepson said, “the levels are so high they will have toxic effects.”