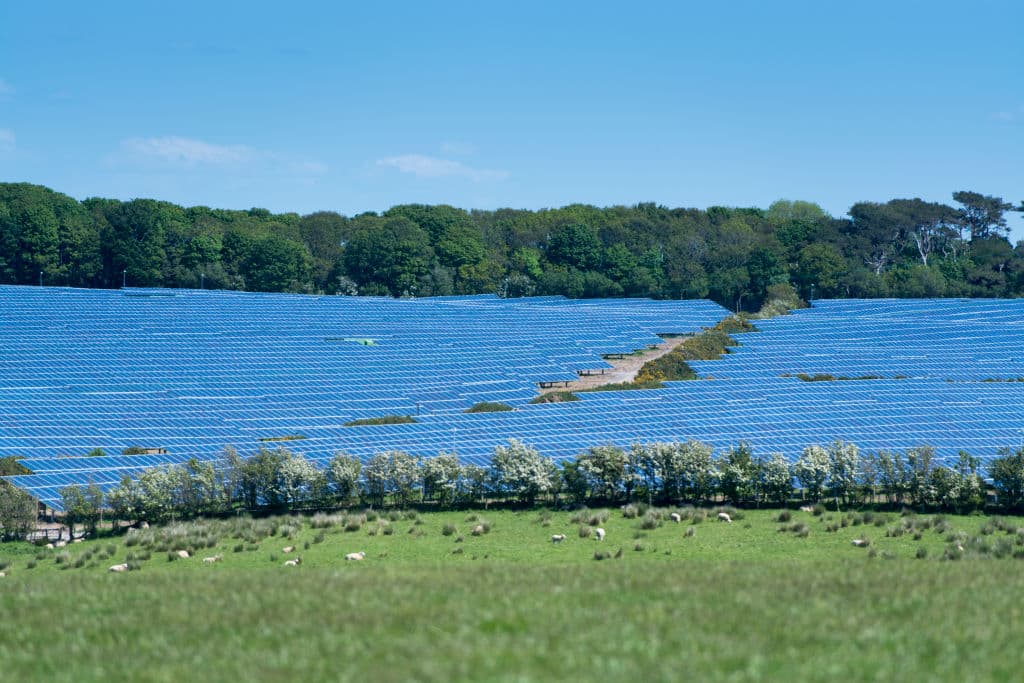 In the midst of an energy crisis, top leaders in the UK’s new government want to make it harder to build solar panels on farmland.

On Monday, The Guardian reported that Secretary of State for Environment, Food and Rural Affairs Ranil Jayawardena opposed placing solar panels on agricultural land and would take action by changing how land is earmarked. The same day, the Press Association reported that Prime Minister Liz Truss was also against using farmland for solar installations. The news comes as Truss’s government has faced protests over rising living costs and pro-fossil fuel policies while Truss has dismissed her critics as belonging to an “anti-growth coalition.”

“The UK solar sector is alarmed by attempts to put major planning rules in the way of cheap, homegrown energy,” Solar Energy UK Chief Executive Chris Hewett said in response to the news, as The Guardian reported. “Solar power is the answer to so many needs and policy demands: it will cut energy bills, deliver energy security, boost growth and help rural economies. Ranil Jayawardena’s opposition to solar farms must surely make him part of the anti-growth coalition.”

Truss officially became Prime Minister September 6, taking over for ousted former Prime Minister Boris Johnson as leader of both the ruling Conservative Party and the UK, as NPR reported at the time. Since then, she has come under fire from environmental advocates for policies like expanding oil and gas exploration in the North Sea and lifting a ban on fracking. At a party conference last week, she sought to rally members against an “anti-growth coalition” she said consisted of the more left-leaning opposition parties, union members, Brexit opponents and climate campaigners, as The Guardian reported at the time. When activists carrying a Greenpeace banner disrupted the beginning of her speech, she quipped, ““Later on in my speech I’m going to talk about the anti-growth coalition. I think they arrived in the hall a bit too early.”

Her embrace of growth, however, has now turned into munition in the hands of renewable energy advocates who say the potential policy against solar panels is nonsensical. According to The Guardian, Jayawardena’s plan is to expand the grades of land defined as “best and most versatile,” which is typically then set aside for farming. Currently, land grades 1 to 3a out of a five-point scale is considered “best and most versatile,” but Jayawardena wants to include 3b as well. This would be a problem for solar developments, because most of them are planned on 3b land, which is considered “middling-to-low” quality. It would bar them from around 41 percent of English land and around 58 percent of agricultural land.

“It would be odd to redefine ‘best and most versatile’ agricultural land to include soils that aren’t of high quality, just to block solar farms. It sounds like a tactic that the ‘anti-growth coalition’ might employ,” Green Alliance policy director Dustin Benton said, as The Guardian reported. “The UK desperately needs to expand renewables so we don’t have to pay the extortionate cost of gas. Solar is one of the fastest energy sources to be deployed, so we should move quickly to build more in light of the gas crisis.”

The departments for both Business, Energy and Industrial Strategy (BEIS) and Levelling Up, Housing and Communities would have to agree to the land classification change, and BEIS reportedly is against the move because it does not want to be seen as deregulating oil and gas but not renewables. But Truss campaigned on barring solar farms from crop land.

“I can point you back to what the Prime Minister said, I think at the start of September, when she said she doesn’t think we should be putting solar panels on productive agricultural lands, because obviously as well as the energy security issue, we face a food security issue. So we need to strike the right balance,” a spokesperson for Truss said, as The Press Association reported.

The spokesperson added that farmers should have the right to decide how to use their land and that the public should wait for details of the actual policy to be published before passing judgment.