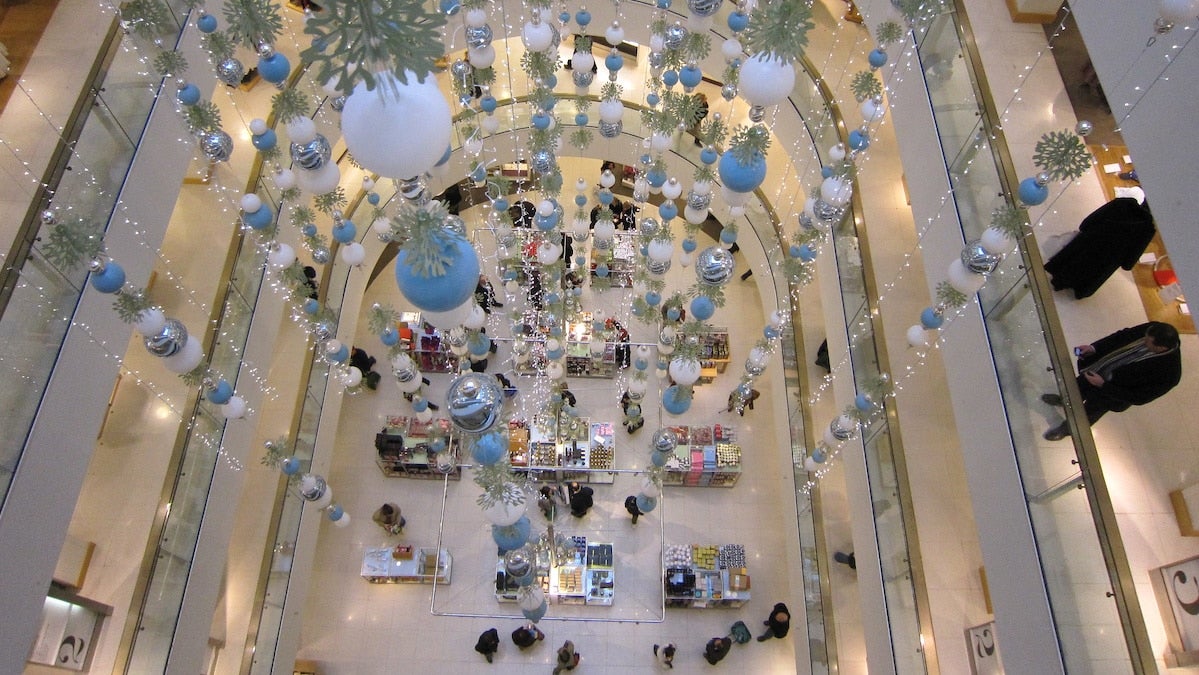 Glitter may add sparkle to the holiday season, but its afterlife is decidedly less shiny.

The festive coating and arts-and-crafts staple is actually another type of microplastic — those pesky plastics five millimeters or less in diameter that end up everywhere from Arctic ice to the bellies of sharks.

“Glitter might look lovely but, because it’s plastic, it sticks around long after the sparkle has gone – often in the stomachs of fish and birds,” campaigner David Innes told The Guardian in 2019.

That’s why three major UK retailers have decided to eliminate glitter from their Christmas merchandise this year. Morrisons, Waitrose and John Lewis have all announced that their store brand holiday products will be glitter free for 2020, BBC News reported.

Morrisons said in a statement it had gotten rid of glitter on all of its greeting cards, wrapping paper, florist items and all other seasonal products. The policy will remain in place through the new year for store brand cards and gift bags. In addition, the store also pledged to remove single-use plastic toys from its Christmas crackers and reduce plastic wrap on cards and other decorations.

“Every time a cracker is pulled, or a card is opened, plastics have been used … but just the once. So, we’ve taken glitter and plastic out of our festive range this year – so that our customers can enjoy their festivities without worrying about the environmental impact,” Morrisons home director Christine Bryce said in a statement. “This means that we’re now 100 percent glitter free across all our own brand ranges which is an important step in the fight against plastic pollution.”

John Lewis and Waitrose are also excising glitter from their seasonal products.

The movement against glitter has been growing alongside awareness of the dangers of microplastics. Waitrose is following up on a pledge it first made two years ago to phase out holiday glitter by 2020. At the time, it was the first major UK retailer to set this goal.

Other UK stores are working to reduce glitter and other plastics this holiday season, BBC News reported. The pharmacy chain Boots will stop wrapping Christmas presents in single-use plastic packaging; supermarket Tesco will only use edible glitter; and supermarket Sainsbury’s is eliminating glitter from cards, wrapping paper and gift bags and reducing it for decorations, crackers and festive bouquets.

The retailers’ moves follow public demand. Boots said searches for ecologically-friendly products on its website had increased by nearly a third in a year. And Innes was part of a group behind a March 2019 petition asking the UK government to ban glitter altogether, The Independent reported.

The anti-glitter campaign has not caught on across the pond, however, according to The New York Times. Major U.S. companies like Walmart, Target, Walgreens, CVS and Costco did not return requests for comment on whether they were working to reduce the glitter on their holiday merchandise this year. The U.S. Environmental Protection Agency also did not respond to a request for comment on whether there was any momentum for a U.S. glitter ban or what impact such a ban would have.

Independent scientists said the answer was unclear. On the one hand, it is possible that glitter’s sparkle comes from metal or other harmful additives above and beyond what is contained in the average microplastic, Robert C. Hale, a professor at the Virginia Institute of Marine Science at the College of William & Mary, told The New York Times. On the other hand, glitter accounts for much less than one percent of the microplastics in the environment, which usually slough off larger plastics or synthetic fabrics.

National Oceanic and Atmospheric Administration’s Marine Debris Division chief scientist Amy V. Uhrin said that glitter was only one of many microplastic pollutants, but did say that certain studies had found large concentrations of glitter in soils or in wastewater sludge.

“It is difficult to say what impact a glitter ban would have,” she told The New York Times.

Back in the UK, environmentalists said the Christmas glitter bans were a step in the right direction, but that the UK government ultimately needed to eliminate single-use plastic altogether.

“[W]e must go much further to end the scourge of plastic pollution,” Friends of the Earth campaigner Tony Bosworth told BBC News.