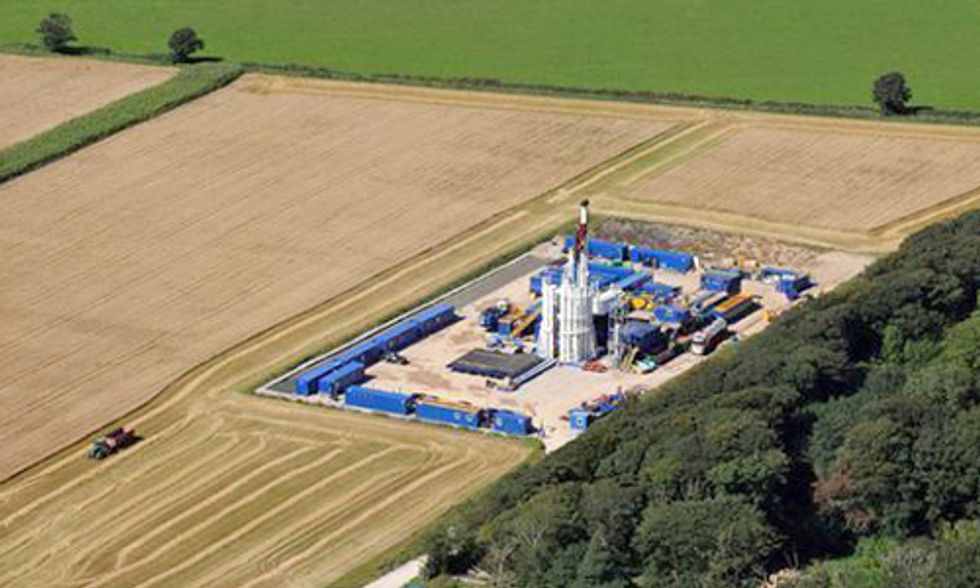 As the rapid expansion of fracking in the U.S. has led to a growing chorus of concerned voices about the potential health and environmental repercussions of this activity, news has surfaced that the European Union (EU) is taking significant steps toward preventing fracking in Europe.

This acknowledgement comes at a time when the EU is debating strengthening its carbon-trading system. The EU has recently moved to delay the selling of 900 million carbon allowances, which is likely to raise the prices of carbon allowances by 10 to 15 percent.

The withholding of carbon allowances—which is a publicly-tradable certificate that “offsets” or pays for the carbon dioxide a company releases into the atmosphere, with each certificate representing a metric ton of the gas—is thought to raise the prices on energy production, as companies must spend more to control their emissions.

Cameron’s comments come on the heels of the EU deciding it won’t regulate fracking on the European continent. The European Commission, based in Brussels, has previously moved to introduce new regulations that would control the environmental impact the drilling may have. Buoyed by France, which has banned fracking within its borders since 2011, concerns of contamination to the continent’s shared watersheds and the possibility of induced earthquakes have forced commissioners to take seriously this relatively new and dangerous technology.

However, lobbying from the UK and various fracking companies have convinced EU President Jose Manuel Barroso that a “hands-off” approach is best.

“I was just very worried that while we are already behind on fracking and unconventional gas compared to America, we would fall even further behind if we had more legal processes to go through,” Cameron said after the EU’s reconsideration. “So it’s a good step forward. It could mean 70,000 jobs or more for people in the UK as well as helping to keep the bills of individuals down, but also helping to make us more competitive as a location for investment.

“We’ve got to follow through on that and now make sure that this industry can really go ahead,” Cameron said.

Currently, shale gas extraction is regulated under 17 EU regulations, with the member states having autonomy over how to enforce the legislation. In the UK, rising energy costs have proven to be a cantankerous issue ahead of the 2015 general elections. While the rising price of energy has been a matter of concern—particularly, in light of an abnormally cold winter and tightened carbon trading—anti-fracking protests and outcries from a number of communities have led a number of Tory MPs to fear that their seats may be in danger should fracking be approved in the country.

According to a government-commissioned report, the government is planning to permit as many as 2,800 wells to be drilled. Every English county—with the exception of Cornwall—will receive a well, with the local communities being promised at least $164,730 in benefits per well. Government estimates project that at peak fracking will satisfy one-fifth of the UK’s gas demand and create as many as 32,000 jobs.

Among the areas that have been offered to fracking companies as potential well sites are several national parks, a large number of “areas of outstanding natural beauty,” and several sites deemed of “international importance” for conservationists.

So far, 176 “license” areas have been allocated to the drilling companies, mostly around Lancashire, Cheshire, Yorkshire and Sussex. The proposed sites stretch from the south of Scotland to the Southern English coast and represent approximately two-thirds of England or one-half of Great Britain.

The oil and gas companies will be allowed to apply in a licensing round to commence in the summer. The companies will be required to secure a series of planning and environmental permits, however, prior to drilling.

“We have seen the enormous impact that shale gas extraction in the States has had on its economy, both on household bills and industrial prices. It has had a strong impact there and it has the potential to have an impact here,” said Michael Fallon, the U.K. energy minister. “It will reduce our dependence on liquid natural gas. We import over half our gas at the moment and we face the prospect of having to import 70 percent of our gas by 2030 if we haven’t found any shale by then."

According to a government-commissioned report, the government is planning to permit as many as 2,800 wells to be drilled. Cuadrilla fracking site in the Bowland Basin near Blackpool, England.

Throughout the continent, there seems to be few shared opinions on fracking. Germany, under Angela Merkel, has increased drilling and extraction to such a high degree that fracking is logistically impossible in the country.

According to available studies on its environmental relevance, the fracking technology in unconventional natural gas production—particularly in shale gas production—is a technology with enormous potential risks. The effects on humans, nature and the environment are scientifically not yet sufficiently clarified. Drinking water and health have absolute priority for us.

We reject the use of environmentally toxic substances in the application of fracking technology for exploration and extraction of unconventional natural gas deposits. A request for approval can only be decided upon when the necessary data basis for evaluation exists and is clarified beyond doubt that any adverse change in water quality can be ruled out.

Poland, on the other hand, is aggressively tapping its reserves—thought to be the largest on the continent. This presents a host of problems: Poland is one of Europe’s most-densely populated nations with a large agricultural base. The nation’s water supply was already under pressure before fracking. Questions about the drilling’s massive water use have raised concerns that Poland will be pulled into drought conditions or that leaked fracking fluids can poison a large population quickly.

However, the prospect of Polish gas relieving the EU’s dependency on Russian gas has convinced the Eastern European nation to push on despite the risks. Russia currently provides the EU with 25 percent of its natural gas.

As Europe embraces the American fracking model, the U.S. is starting to deal with the long-term implications of the technology. After a series of Associated Press reports highlighting Southern California offshore oil and gas companies discharging fracking chemicals into the ocean, the U.S. Environmental Protection Agency (EPA) has introduced new rules requiring well operators to report the release of any chemicals into the waterways.

The reports found that the well discharged the chemicals without an environmental impact analysis, without public disclosure and with little or no oversight. State regulators ruled separately that California oil companies must test the groundwater and alert local landowners prior to the starting of any fracking or well stimulation activity. In addition, the companies must disclose all chemicals used during fracking and acquire permits prior to a fracking job.

For many, the notion that the oil and gas companies are hiding what they are doing begs the question of just how safe fracking truly is.

“The EPA’s rule will provide some information about the toxic fracking chemicals dumped into our ocean, but it relies on oil companies to be honest and transparent in their self-reporting,” said Miyoko Sakashita, senior attorney at the Center for Biological Diversity.

These regulations are scheduled to go into effect in 2015.