‘A Scourge on Our Seas’: UK Government Takes Aim at Single-Use Plastics 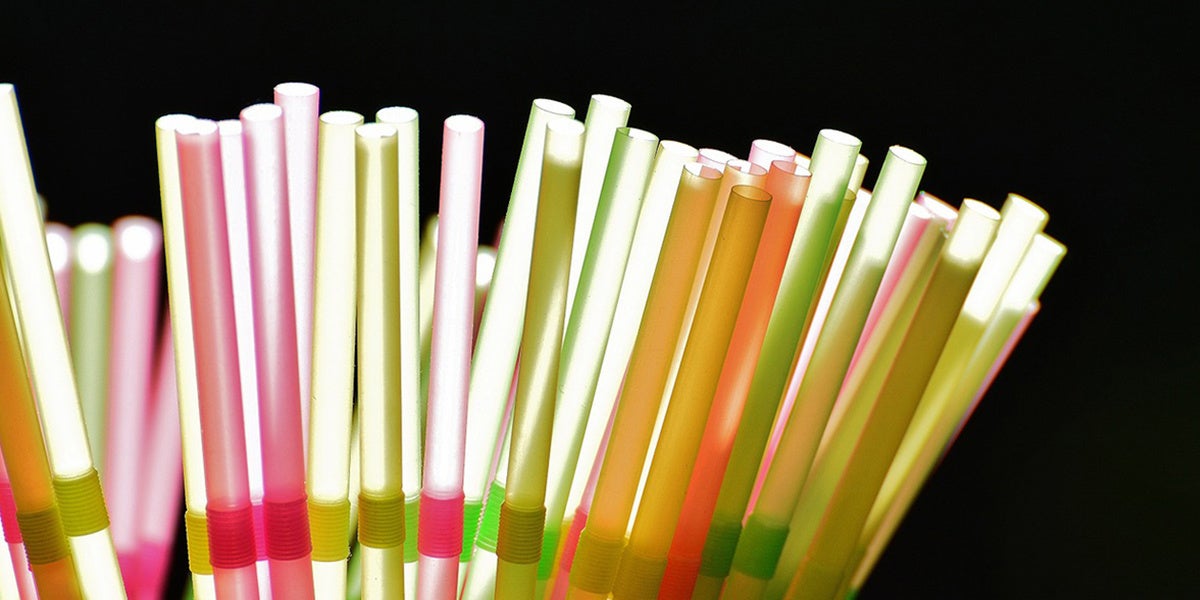 The UK government announced plans Wednesday to end to the sale of plastic straws, drink stirrers and plastic-stemmed cotton swabs in England.

“Single-use plastics are a scourge on our seas and lethal to our precious environment and wildlife so it is vital we act now,” Environment Secretary Michael Gove said. “We have already banned harmful
microbeads and cut plastic bag use, and now we want to take action on straws, stirrers and cotton buds to help protect our marine life.”

“We’ve already seen a number of retailers, bars and restaurants stepping up to the plate and cutting plastic use, however it’s only through government, businesses and the public working together that we will protect our environment for the next generation—we all have a role to play in turning the tide on plastic,” Gove added.

The British government said it will work with manufacturers to develop alternatives to for the items and ensure there is sufficient time to adapt. It will also propose excluding plastic straws for medical reasons.

The move follows the
Scottish government, which announced plans in January to
outlaw plastic cotton buds. The next month, Scotland announced intentions to ban plastic straws by the end of 2019.

On Sunday night, Prime Minister Theresa May announced her government would earmark £61.4 million towards cleaning the world’s oceans of plastics. May is calling on all Commonwealth countries to sign up to the newly formed Commonwealth Clean Oceans Alliance, through which the funds will be directed, to stop plastic waste.

“Plastic waste is one of the greatest environmental challenges facing the world, which is why protecting the marine environment is central to our agenda at the Commonwealth Heads of Government Meeting,” May said about this week’s summit.

We are clogging up one of the earth’s greatest natural resource with harmful plastic and – for the sake of this and future generations – we must take action now #CHOGM18 https://t.co/jRCsXcsKYK pic.twitter.com/QdQbSkKbxk

The action is fitting with the theme of this year’s Earth Day, on Sunday, April 22, which will focus on ending plastic pollution.

It’s not just the UK government stepping up to fight plastic. Costa Coffee, the largest coffee chain in Britain with more than 2,000 stores, pledged on Wednesday to become the first to recycle the same volume of takeaway cups they put onto the market.

Even though these cups are mostly made of paper, these single-use items are almost never recycled or composted because they are lined with plastic.

In January, Iceland Foods, a major UK supermarket chain specializing in frozen food, committed to
eliminating plastic packaging from its own brand of products by the end of 2023.

Efforts to curb plastic use really picked up after British naturalist Sir David Attenborough presented his 2017 BBC series Blue Planet II. The series, which called particular attention to the issue of ocean plastics, even prompted Queen Elizabeth II to ban plastic straws and bottles on all royal properties, including public cafes.