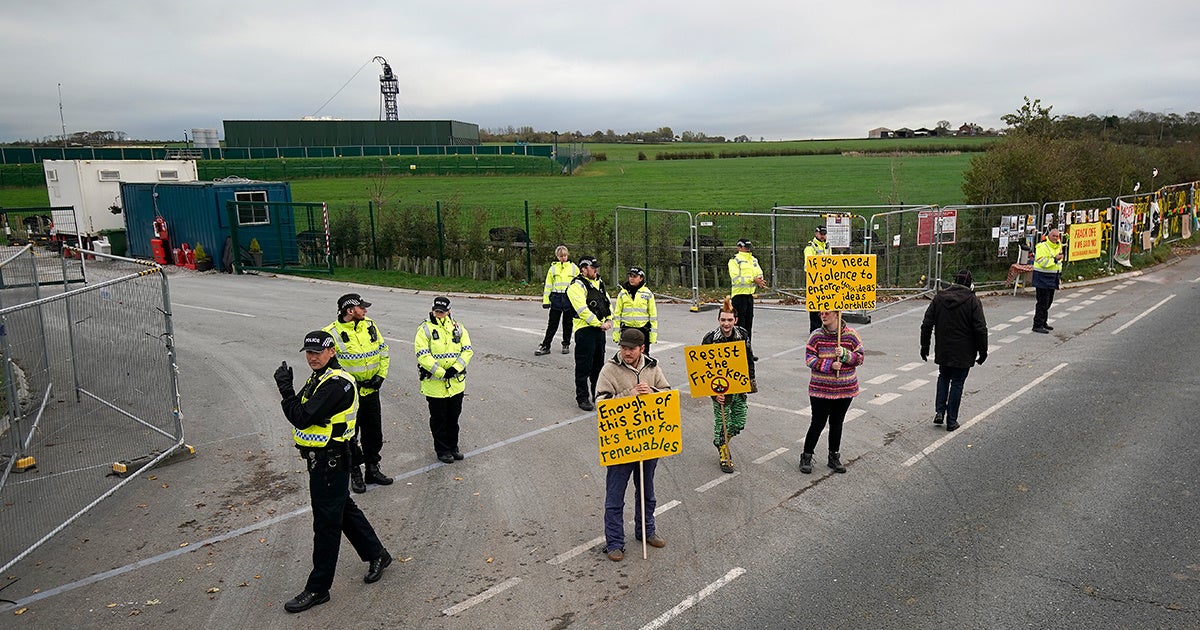 The return of fracking to the UK is off to a truly shaky start.

Cuadrilla Resources was forced by law to pause operations at its site in Lancashire, England when a tremor with a magnitude of 0.8 took place in the area Friday morning, The Guardian reported. 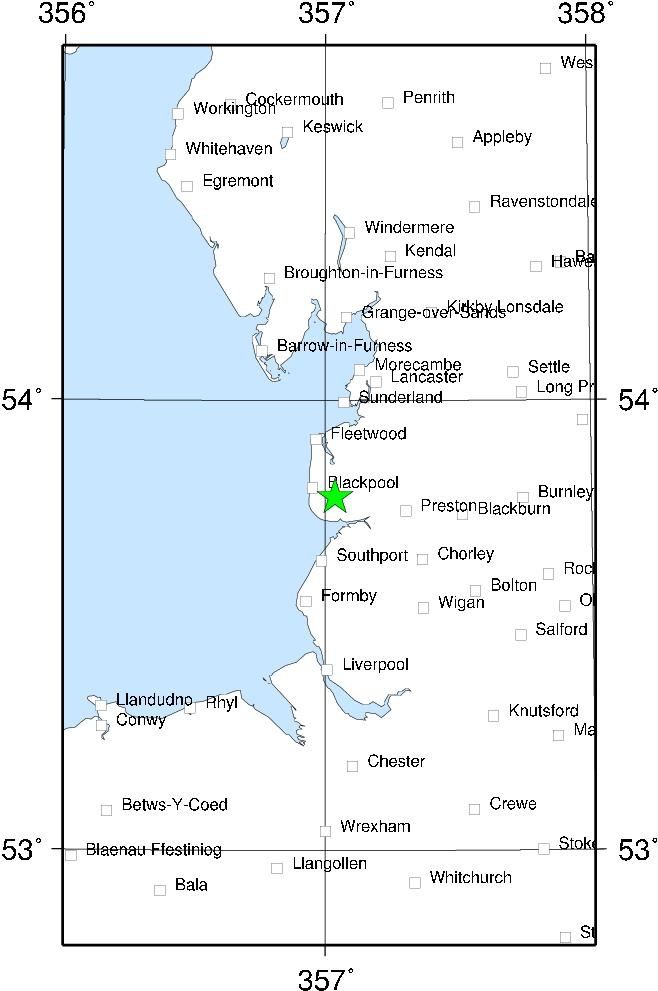 The tremor was the 17th to be recorded in the area since fracking began on Oct. 15, but the first to pass the ‘Red’ threshold of 0.5 in the government’s traffic light system, at which point operations must legally stop.

The company waited 18 hours before resuming work on Saturday, but after operations ended at 1 p.m., another tremor was detected, The Guardian reported, bringing the total up to 18.

The Oil and Gas Authority told The Financial Times that the tremors were not cause for concern.

“Hydraulic fracturing is known to cause minor seismic events of this magnitude,” the authority said. “While the operations at the Preston New Road site have been designed to minimise any disturbance, minor events like these were expected.”

The earthquakes so far have all been very small, and cannot be detected at ground level. However, experts say that doesn’t mean they can’t cause damage.

“The practical significance is not whether these tremors are felt at the surface or not, but in the potential to damage the borehole, and the potential to create gas pathways from the shale towards larger faults, towards shallower aquifers, and to the surface,” University of Edinburgh geology Prof. Stuart Haszeldine told The Guardian.

Cuadrilla also voluntarily paused operations Tuesday after a tremor registering 0.4, and British Geological Survey data shows that 23 of the 26 tremors recorded in the UK since fracking restarted occurred near the site in Blackpool, Lancashire. Fracking was originally paused in 2011 after an earthquake registering 2.3 rocked the area. 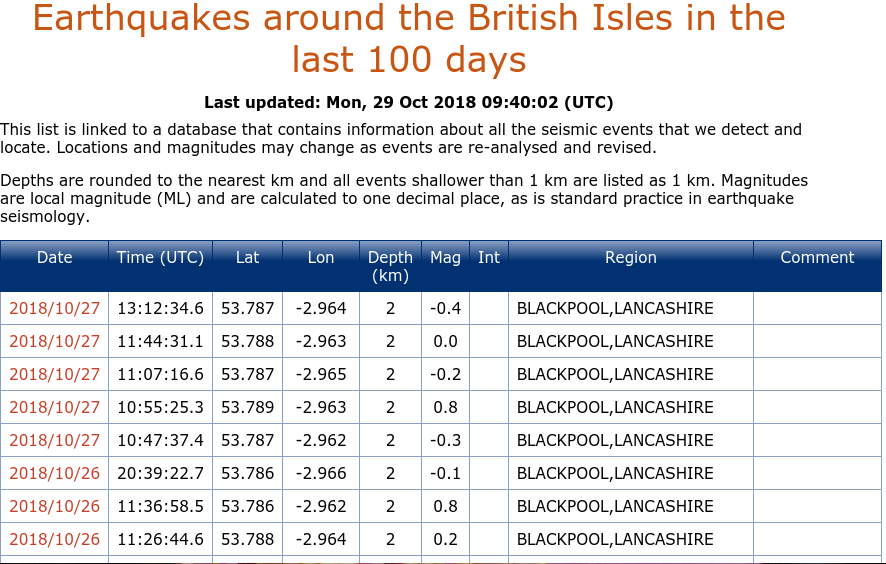 A screenshot showing the high incidence of tremors in Blackpool, Lancashire since fracking restarted in the areaBritish Geological Survey

“Fracking is an issue that has the potential to turn whole regions against the government,” Goldsmith said. “The drilling rigs and pollution, the industrial equipment and sheer volume of trucks all make it an alarming prospect for communities up and down the country.”

In addition to approving the two wells in Lancashire, the government also proposed this spring to change planning rules to make it easier for fracking operations to gain approval by bypassing local governments. The changes will be debated in parliament Wednesday, and more than 20 Tory MPs are expected to vote against party leadership to oppose them.

“There is real concern about the government’s proposals to loosen fracking rules,” Conservative MP for North East Derbyshire Lee Rowley told The Guardian. “More and more MPs are showing that they do not think the role of local communities should be reduced in such a controversial planning area.”