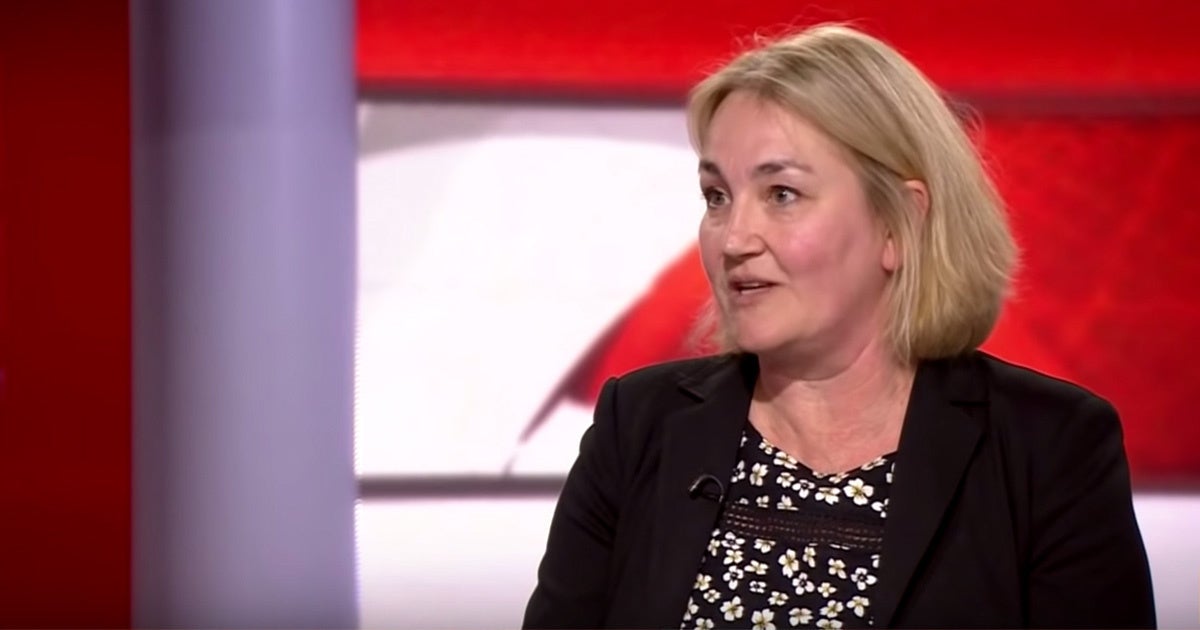 By Russell Scott and Zach Boren

The British government’s recently-departed shale gas commissioner admitted to routinely deleting correspondence and throwing away notes from meetings with fracking companies in a move that may have violated transparency requirements.

In response to an Unearthed freedom of information request sent earlier this year, Natascha Engel — who resigned this weekend after just 6 months in the role — said: “I tend to deal with everything on the day and delete what has been done to avoid any huge build-ups or risk of duplication.

“The same is true of the few notes I take in meetings which I review in the evenings, action and throw away.”

The failure to take notes and systematic destruction of information in this manner could be in breach of the Environmental Information Regulations 2004 (EIR).

The original request was for all email communications with the UK’s two leading fracking firms: INEOS – for which Engel has previously done paid work — and the Lancashire-based operator Cuadrilla.

Unearthed initially wrote to the Department for Business, Energy and Industrial Strategy (BEIS), which employs Engel for a fee of £500 a day, for the information but were told to apply directly to Engel herself who was described as “separate from BEIS.”

Following Engel’s response, Unearthed has requested an internal review of the handling of the request.

However, it is not clear if the review will continue to be processed following Engel’s exit and, if so, who will conduct it, as Engel carried out the initial response and guidance from the Information Commissioner’s Office states that review of this nature should be “carried out by someone senior to the person who dealt with the original request” or, if that is not possible, “someone trained in, and who understands, the Environmental Information Regulations.”

Though Engel did provide a handful of emails in response to the request, there were no communications covering Oct. 5, when she first entered the role, and Dec. 30.

In her resignation letter to business secretary Greg Clark, Engel decried the government’s refusal to review the seismic activity standards that have made drilling incredibly difficult to carry out.

She wrote: “a perfectly viable and exciting new industry that could help meet our carbon reduction targets, make us energy secure and provide jobs in parts of the country that really need them is in danger of withering on the vine” unless the government reviews its rules on drilling-induced tremors.

Engel told the newspaper City AM the Unearthed investigation had “absolutely no bearing” on her decision to resign, and said: “I have not routinely destroyed my correspondence, what I’ve done is answered correspondence and deleted anything that I don’t need in order not to have an inbox that’s very full.”

Given that Engel’s role was to “be a contact point for residents” and “to listen to their concerns” the conversations and meetings that the commissioner has with the shale gas industry are of high public interest, and of the utmost relevance if trust is to be restored between local residents and the government on this issue.

The lack of an appropriate records management policy has led to criticism from politicians and campaigners.

Jonathan Bartley, co-leader of the Green Party, said: “This appears to be at best a case of incompetence and at worst a deliberate attempt to cover up information that the commissioner does not want to make public.

“There is clearly a very strong public interest in having emails and notes of meetings made available and it is simply unacceptable if they are being purposefully deleted and destroyed.”

Public authorities — including the commissioner — are required to keep records for regulatory and accountability purposes and to ensure these can be retrieved when necessary.

And if Engel deleted any of the information requested after the day on which Unearthed first made the request and with the intention of preventing its disclosure it could amount to a criminal offense under the EIR.

Steve Goodrich, research manager at Transparency International UK told Unearthed: “It is incumbent on all public bodies to maintain adequate records of their external communications as a safeguard against potential misconduct and mischief.

“To ‘shred as you go’ suggests a default approach which denies the public a paper trail that offers a means of accountability for what is done in their name.

“Wherever there’s evidence of public officials systematically destroying minutes and correspondence relating to matters of public interest or national significance, this should sound the alarm and be subject to review as a matter of urgency.”

Unearthed has also seen evidence that Engel had been using a second email account to conduct government business. The correspondence from a private Gmail address was dated November 2018, nearly a month after she had commenced her role as the shale gas commissioner.

Unearthed asked that the commissioner disclose any emails between her and the fracking industry from the private account but to date none have been released.

The few emails released to Unearthed showed that Engel met with INEOS, her old employer, at the firm’s London head office on Jan. 17, 2019 for a “catch-up.”

The company’s Chief Operating Officer Tom Pickering also wrote to her in January to confirm that Engel received a “pre Christmas update” on the firm’s fracking plans.

Engel also met with the Cuadrilla director Francis Egan on Jan. 15, 2019 at the Institute of Directors office in central London.

No minutes or notes from the three encounters with key players in the fracking industry were provided by the commissioner.

When asked if she still receives funding from the fracking industry, Engel told Unearthed: “As you know I worked for INEOS for six months until April 2018. Since October 2018 when I started my current role, the Shale Commissioner’s fee has been my sole income.”

Unearthed has also discovered that the commissioner submitted a complaint to broadcasting regulator Ofcom in November 2018 over a Channel 4 news broadcast about drilling-induced earthquakes.

The complaint, obtained by Unearthed via a separate of freedom of information request, calls on Ofcom to “investigate this item” as it “misrepresented facts” in comparing the oil and gas earthquakes felt in the Netherlands and the seismic activity that occurred near the UK’s fracking site.

She wrote: “To suit its editorial line, Channel 4 News buried the fundamental differences between the two countries and has scared rather than informed its viewers.

“Last year the ASA upheld a complaint about a misleading advertisement on fracking. I hope that on the much higher standards that viewers expect from television news by a public service broadcaster you will do the same regarding this item which was campaigning masquerading as journalism.”

It was around this time that Engel also wrote to the editors of news outlets to say she was “alarmed” by the media coverage of fracking-induced tremors at Preston New Road.