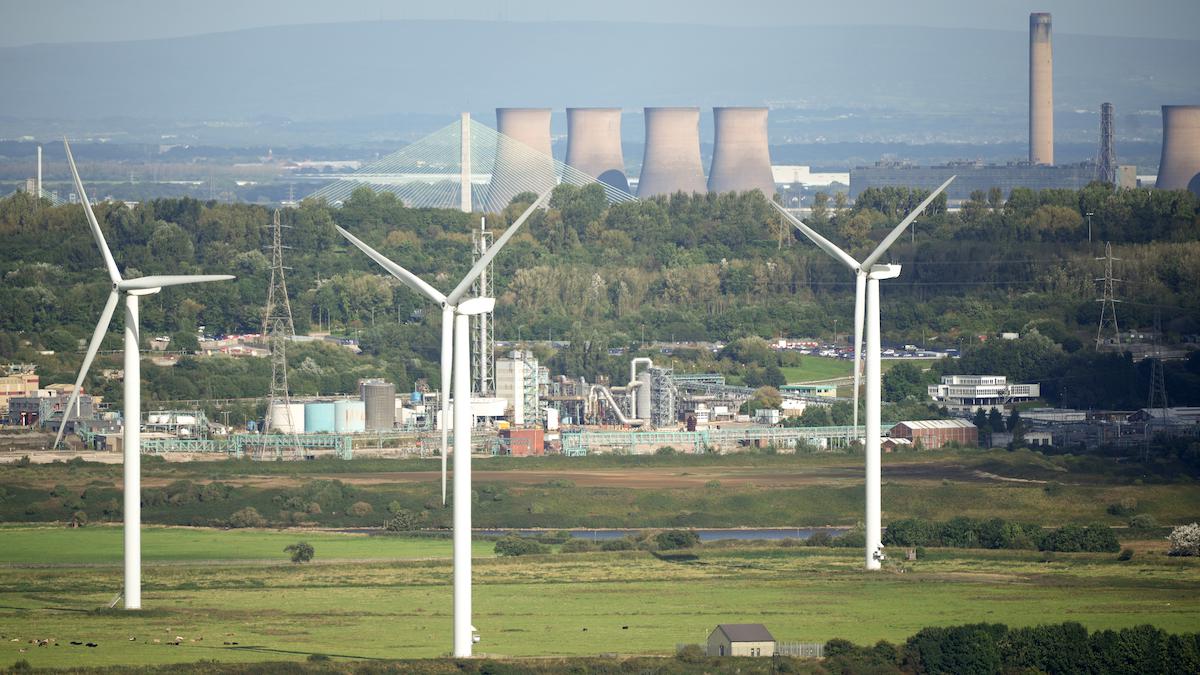 The UK will remove fossil fuels from its electricity mix by 2035, UK Prime Minister Boris Johnson announced on Monday.

The news comes as the UK prepares to host the upcoming COP26 international climate conference in Glasgow next month, Reuters reported. The country has already pledged to reduce emissions by 78 percent by 2035, and to ban new sales of gas or diesel cars by 2030.

“What I’m saying is that we can do for our entire energy production by 2035 what we’re doing with internal combustion engine vehicles by 2030,” Johnson said, as Reuters reported.

Johnson made the announcement from a Network Rail site while attending the conference of his Conservative Party in Manchester, The Independent reported. It will require the country’s remaining coal and gas power stations to be shut down and replaced with either wind, solar or nuclear facilities. Fossil fuels would only be used to power carbon capture technology.

Johnson argued that the goal was achievable given the country’s current progress.

“[W]hat we’re also saying is that by 2035, looking at the progress we’re making in wind power — where we lead the world now in offshore wind — looking at what we can do with other renewable sources, carbon capture and storage with hydrogen potentially, we think that we can get to complete clean energy production by 2035,” he said, as The Independent reported.

The UK currently gets 43 percent of its electricity from renewable energy, according to The Guardian. However, natural gas still plays a major role, representing a little less than a third of the country’s energy mix on the day Johnson spoke. This has presented a problem for customers, as price increases raise the risk of a winter energy crisis. Johnson, however, said the shift to renewables would help with prices.

“The advantage of that is that it will mean that, for the first time, the UK is not dependent on hydrocarbons coming from overseas with all the vagaries in hydrocarbon prices and the risk that poses for people’s pockets and for the consumer,” he said. “We will be reliant on our own clean power generation, which will help us also to keep costs down.”

However, the UK has its work cut out for it if it wants to meet the 2035 goal, BBC News reported. Currently, renewable growth is at its lowest since 2010. The country will have to both expand wind and solar and improve its capacity to store energy.

Lib Dem energy spokesperson Wera Hobhouse criticized the Conservative record on renewables. They grew almost fourfold between 2009 and 2015, but have only increased by around 50 percent since then.

“The Conservatives have utterly neglected the UK renewables industry to the point where coal power stations are being fired up,” she told The Independent. “It’s insulting that the prime minister is talking a good game on green electricity whilst families are left feeling the pinch this winter, thanks in no small part to the UK’s overreliance on gas and Government inaction on renewables.”

Greenpeace UK, meanwhile, praised the overall goal but thought the government should abandon nuclear as well as fossil-fuel energy.

“All senior politicians have now realised that gas needs to be taken out of the electricity system. That realisation is to be welcomed, as is the 2035 decarbonisation target,” Greenpeace UK chief scientist Dr. Doug Parr told The Independent. “But the government remains unhealthily attached to nuclear technology, hoping against all experience that it will improve to the point where it becomes competitive with renewables.”