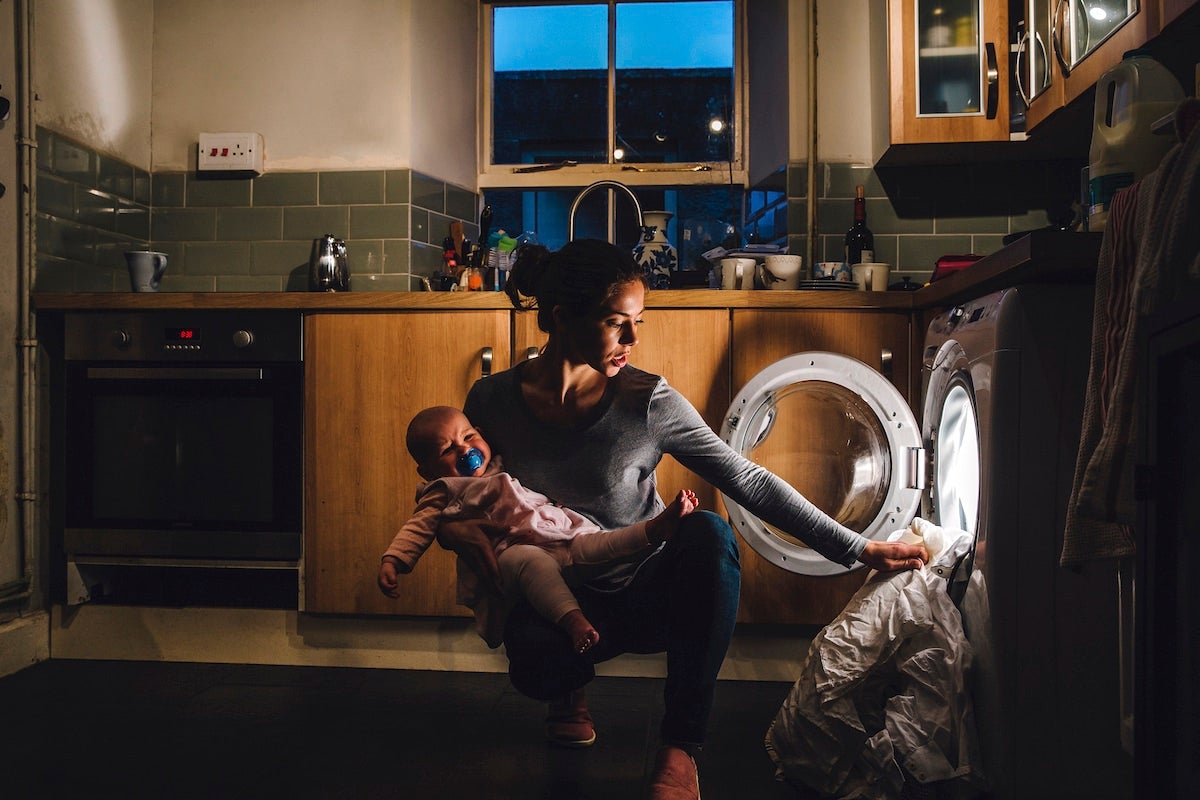 A mother in the UK loads her washing machine at night. SolStock / E+ / Getty Images

In an effort to stop power shortages this winter, more than a million households and businesses in Britain are taking advantage of a National Grid program called the Demand Flexibility Service, which pays back customers who turn off high-energy appliances like dishwashers and ovens during specific peak times, reported Reuters.

According to the National Grid, since its launch last month the program has reduced electricity demand by more than 780 megawatt hours over five test periods, The Guardian reported.

“The Demand Flexibility Service is a first of its kind and a smart way for signed up consumers in homes and businesses to save money and back Britain,” said Jake Rigg, the director of corporate affairs for the Electricity System Operator (ESO), as reported by The Independent. “If you put your washing machine or other electrical appliances on at night instead of the peak in the early evening, you can get some money back when we all need it.”

Notice of 24 hours is given to customers to adjust their electricity use to an off-peak time, The Guardian reported. Peak times are usually from 4 to 7 p.m. The energy providers then give credits back to customers on their bill.

“This service successfully proves that consumers up and down the country are standing by to get involved in flexibility solutions,” said the ESO’s Head of National Control Craig Dyke, as reported by The Guardian.

Power and gas prices were lower this week, indicating that, even with the cold weather, pressure on energy supplies in Europe and the UK was not as high. Gas price projections for the next month also fell by 5.6 percent in the UK.

The reduction of gas supplies by Russia after its invasion of Ukraine raised power shortage concerns, and as temperatures dipped to below freezing in the UK, the cost of power skyrocketed as people used more energy.

The power crunch was exacerbated by low winds, resulting in almost no output by wind farms. This had changed by Wednesday, with wind making up 27 percent of power generation. Nuclear sources contributed 13 percent, with gas making up almost half at 47 percent.

“Despite the increase in gas demand on cold weather and low wind resource, we could see how gas storage levels are doing better even this week on any single day v the same day last year,” said analysts at RBC investment bank, as The Guardian reported.

These Artists Are Turning Their London Street Into a Solar Power Station
The climate crisis, the energy crisis in Europe and rising
By Cristen Hemingway Jaynes
99% of U.S. Coal Plants Cost More to Run Than Replace With New Renewables, Study Finds
It would be cheaper to build new renewable energy capacity
By Climate Nexus
Florida’s Three Major Utilities Propose 10% to 20% Rate Hikes, Citing Hurricane Damage, Natural Gas Prices
A combination of climate-fueled extreme weather events and a reliance
By Olivia Rosane