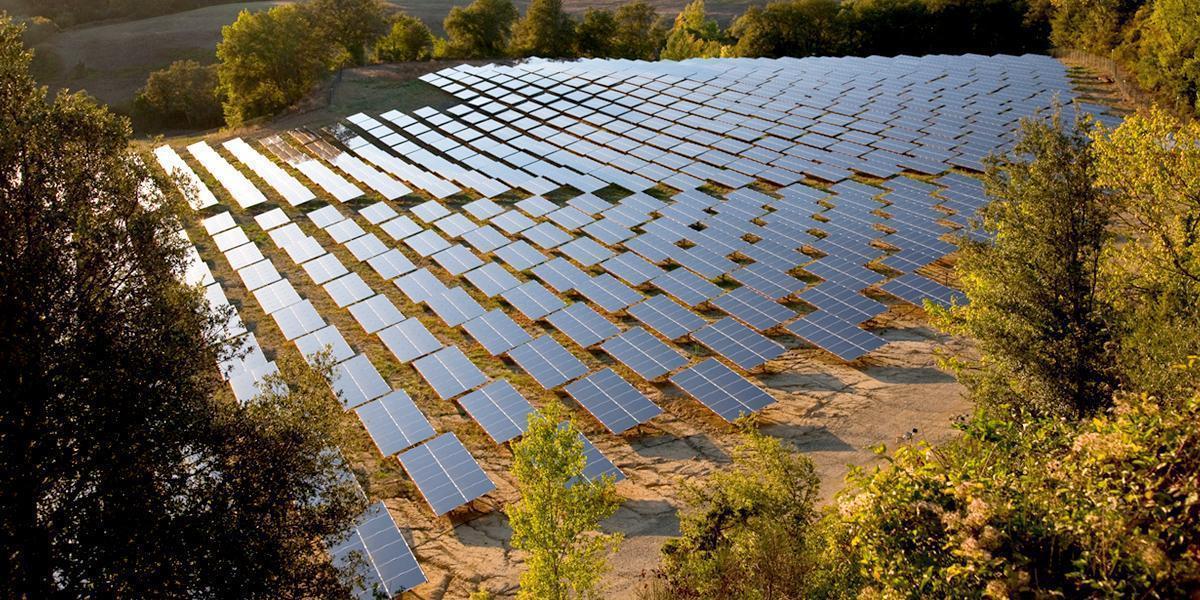 April 21, 2017, will go down as a significant day in the dying days of the fossil fuel era. For the first time since the renewable revolution in 1882, Britain went a full day without using dirty coal to generate electricity.

The UK’s energy provider, the National Grid, called it a “watershed” moment and it is seen as a significant step towards the UK Government’s plans to phase out coal generating power plants by 2025.

Just two years ago, the fossil fuel accounted for 23 percent of the UK’s electricity generation, and last year it was six percent.

“To have the first working day without coal since the start of the industrial revolution is a watershed moment in how our energy system is changing,” said Cordi O’Hara of the National Grid. 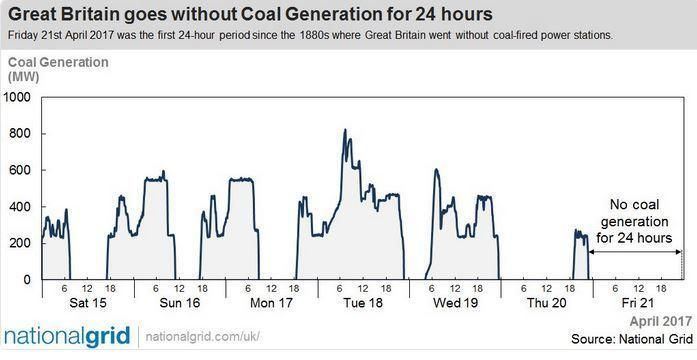 The move was welcomed by environmentalists. “A decade ago, a day without coal would have been unimaginable and in 10 years’ time our energy system will have radically transformed again,” said Hannah Martin of Greenpeace UK. “The direction of travel is that both in the UK and globally we are already moving towards a low carbon economy.”

And further evidence that the UK is helping push the growth of renewables globally has been documented by a new report from Renewables UK, which estimated that the value of the UK renewables products and services exported to some countries in 2016 was a whopping £2 billion.

Even Big Oil now expects renewables to be the fastest-growing sector over the next 20 years, with BP believing renewables will increase by seven percent per year.

Britain is not alone in phasing out coal, either. Earlier this month, a coalition of European energy companies announced that there would be no new coal plants built throughout the European Union after 2020.

“The power sector is determined to lead the energy transition and back our commitment to the low carbon economy with concrete action” said António Mexia, president of Eurelectric, which represents some 3,500 utilities across Europe.

The one person trying to stop the surge in renewables is, of course, President Donald Trump, whom I have labeled the King Canute of Coal, named after “the misguided Medieval King Canute, who believed he could hold back the incoming tide.”

Trump wants to resurrect America’s dying coal industry, but as Bloomberg reported, “For all Donald Trump’s efforts to revive coal, market forces and some of his own supporters are vying to write their own version of America’s energy future.”

Bloomberg added: “Trump may be resolutely committed to fossil fuels, but the economic reality is renewables are now among the cheapest sources of electricity.”

Unbelievably, Ebell is still trying to argue that the renewable energy revolution is over.

“This large-scale effort to move the grid to solar and wind is a dead end,” Ebell told Bloomberg. “The wind and solar industries have peaked.” Ebell should check on the numbers as he continues to twist the truth: Wind and solar now employ almost 475,000 people in the U.S., three times that of coal.

He should also go down to Kentucky, where a former huge strip mine could be converted into … a solar farm. In Eastern Kentucky, a coal mining company plans what has been called the state’s largest solar farm on a reclaimed mountaintop coal strip mine, promising jobs for redundant coal miners. It would be the first large-scale solar project in the coal country of Appalachia.

“I grew up with coal,” said Ryan Johns, an executive with Berkeley Energy Group who are working with EDF Renewable Energy to explore developing the old coal site as a solar farm. “Our company has been in the coal business for 30 years. We are not looking at this as trying to replace coal, but we have already extracted the coal from this area.”

“A project of this magnitude has never been proposed in Appalachia,” added Doug Copeland, EDF development manager. “Doing so will require every bit of innovation, experience and skill we’ve developed.”

They are not the only ones beginning to reimagine what the U.S. coal belt could look like. As West Virginia solar entrepreneur Dan Conant argued, “Our people have given sweat, blood, tears and lives to help build and power America. Reimagining ourselves not as a coal state, but as an energy state—including solar and wind—is critical if we are going to continue powering America.”