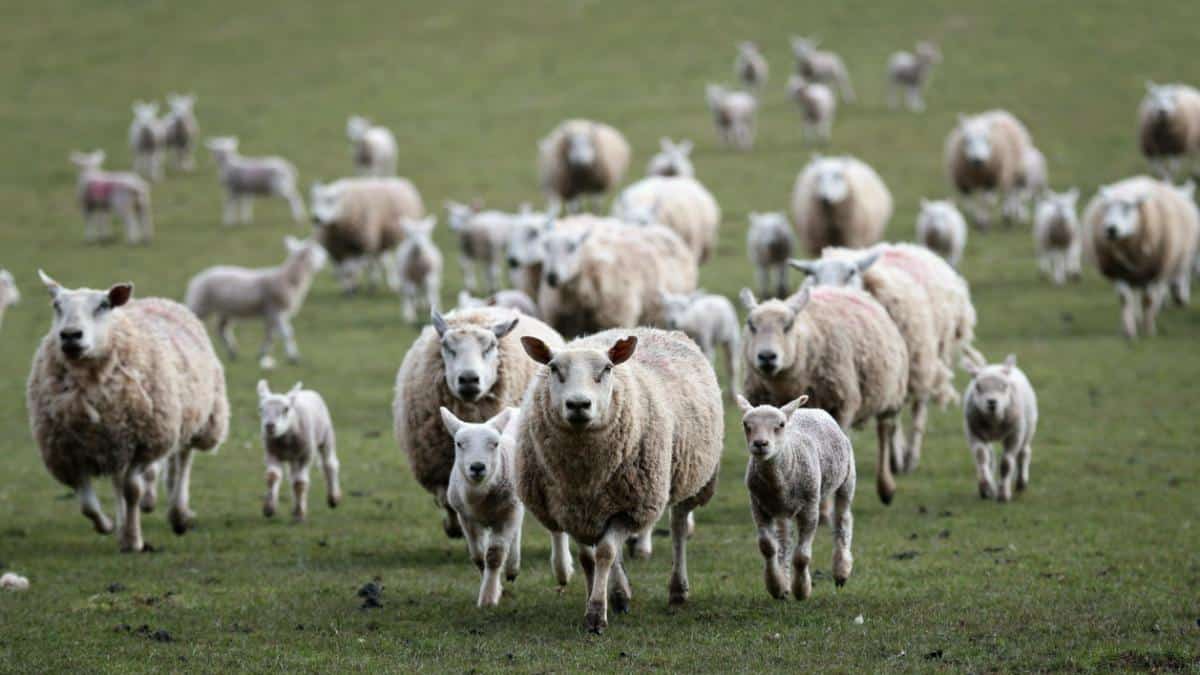 Sheep like these will no longer be exported from England and Wales for slaughter under a proposed ban. Chris Jackson / Getty Images

The UK has taken steps toward becoming the first European country to ban the export of live animals for slaughter.

“We are committed to improving the welfare of animals at all stages of life,” Eustice told The Independent. “Today marks a major step forward in delivering on our manifesto commitment to end live exports for slaughter.”

The ban would apply to live animals exported for slaughter from England and Wales, BBC News reported. The plan will first undergo an eight-week consultation period that will cover how to improve animal welfare during transport within the UK. The results will be presented to Parliament in the summer of 2021 and should go into effect by the end of 2021.

The plan already includes a few exceptions. Animals will still be exported from Northern Ireland, and the export of poultry or animals intended for breeding will not be covered by the ban, according to The Guardian. The results of the eight-week consultation will be used to discuss a joint ban with Scotland.

The announcement won wide praise from UK animal welfare groups. Both the RSPCA and Compassion in World Farming told The Independent that they had campaigned against the practice for more than 50 years.

“There is absolutely no reasonable justification to subject an animal to an unnecessarily stressful journey abroad simply for them to be fattened for slaughter,” RSPCA chief executive Chris Sherwood told The Independent. “Ending live exports for slaughter and further fattening would be a landmark achievement for animal welfare.”

The government stressed that the proposed ban was made possible by Brexit.

“Now that we have left the EU, we have an opportunity to end this unnecessary practice. We want to ensure that animals are spared stress prior to slaughter,” Eustice told The Independent.

In 2012, for example, a local government in Kent tried to ban the practice after a truck full of lame sheep was discovered at a port and had to be put to sleep, BBC News reported. However, the High Court ruled that the ban violated EU free trade laws.

“The government has long maintained that exporting live animals was a practice which could be ended as a result of Brexit — a good example of where leaving the EU would bring benefits,” BBC political correspondent Helen Catt wrote. “No surprise then that it is keen to deliver on it fully.”

The government has also promised a number of other post-Brexit animal protection measures.

“This announcement marks the start of renewed efforts from government to raise standards on animal welfare even further now we are outside the EU, including taking steps to ban primates as pets and crack down on the illegal smuggling of dogs and puppies, with further proposals to improve standards and eradicate cruel practices expected to be set out in the coming months,” the Department for Environment, Food and Rural Affairs said in a statement, The Independent reported.

However, a 2018 analysis from Friends of the Earth found that Brexit was likely to weaken environmental regulations overall in both the UK and the EU.

Yet there are also moves within the EU to restrict the practice of animal export, according to The Guardian. In September the Dutch suggested that animal transport should be limited, and a European parliamentary committee on the protection of animals during transport has been holding hearings since October.

Animal welfare groups in the EU also responded favorably to the news of the proposed UK ban.

“This is great news, it is far too stressful to export live animals for slaughter,” Iris Baumgaertner from Germany’s Animal Welfare Foundation told The Guardian.