Subscribe
Sun Day
EcoWatch is a community of experts publishing quality, science-based content on environmental issues, causes, and solutions for a healthier planet and life.
Mentioned by:

Electricity From Renewables and Nuclear Power in Statistical Dead Heat 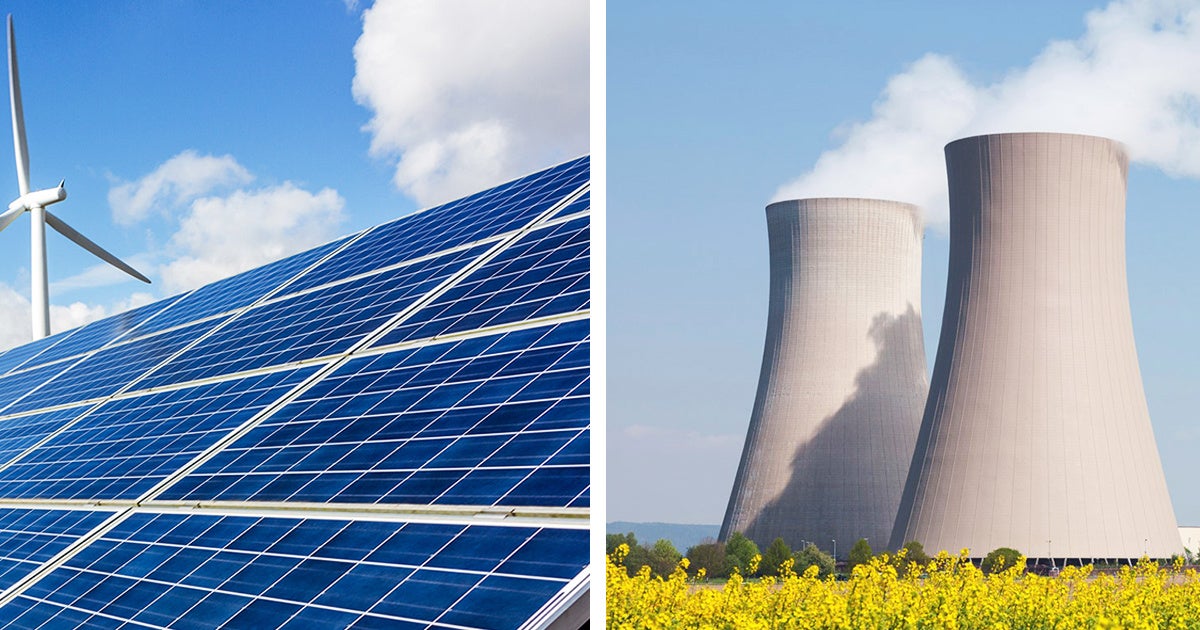 The latest issue of the U.S. Energy Information’s (EIA) Electric Power Monthly (with data through June 30) reveals that renewable energy sources (i.e., biomass, geothermal, hydropower, solar—inc. small-scale PV and wind) remain in a statistical dead heat with nuclear power vis-à-vis their respective shares of the nation’s electrical generation, with each providing roughly 20 percent of the total.

During the six-month period (January — June), renewables surpassed nuclear power in three of those months (March, April and May) while nuclear power took the lead in the other three. In total, according to EIA’s data, utility-scale renewables plus small-scale solar PV provided 20.05 percent of U.S. net electrical generation compared to 20.07 percent for nuclear power. However, renewables may actually hold a small lead because while EIA estimates the contribution from distributed PV, it does not include electrical generation by distributed wind, micro-hydro or small-scale biomass.

EIA has acknowledged the neck-in-neck status of nuclear power and renewables and stated as much in a news release it issued in early summer. However, the agency simultaneously stressed its view that “nuclear will generate more electricity than renewables for all of 2017.”

While renewables and nuclear are each likely to continue to provide roughly one-fifth of the nation’s electricity generation in the near-term, the trend line clearly favors a rapidly expanding market share by renewables compared to a stagnating, if not declining, one for nuclear power. Electrical output by renewables during the first half of 2017 was 16.34 percent higher than for the same period in 2016 whereas nuclear output dropped by 3.27 percent. In the month of June alone, electrical generation by renewable sources was 27.15 percent greater than a year earlier whereas nuclear output dipped by 0.24 percent.

In fact, almost all renewable energy sources are experiencing strong growth rates. Comparing the first six months of 2017 to the same period in 2016, utility-scale + small-scale solar has grown by 45.1 percent, hydropower by 16.1 percent, wind by 15.6 percent and geothermal by 3.2 percent. Biomass (inc. wood and wood-derived fuels) has remained essentially unchanged—slipping by 0.8 percent. Electrical generation by solar alone is now greater than that provided individually by biomass, geothermal and oil (i.e., petroleum liquids + petroleum coke).

And on the capacity front, renewables long ago eclipsed nuclear power. For the first half of 2017, the Federal Energy Regulatory Commissions recently reported that renewables’ share of total U.S. available installed generating capacity is 19.70 percent compared to 8.98 percent for nuclear—i.e., more than double. Finally, last month’s cancellation of the Summer 2 and 3 reactors in South Carolina and Duke Power’s subsequent decision to pull the plug on construction of the twin William Lee reactors (also in South Carolina) means the growing gap between renewables and nuclear will accelerate at an even faster clip in the coming years. In addition, the possible cancellation of the uneconomic Vogtle 3 and 4 reactors in Georgia would mean no new nuclear coming online for the foreseeable future, as reactor closures continue. In fact, counting possible additional closures and cancellations, retirements could very likely exceed additions.* “Everyone loves a horse race,” noted Ken Bossong, executive director of the SUN DAY Campaign. “However, the smart money is now on renewables to soon leave nuclear power in the dust.”

“Nuclear power is in irreversible decline in the U.S., due to rising costs and failing economics of new and existing reactors, alike,” said Tim Judson, executive director of the Nuclear Information and Resource Service. “Last month’s cancellation of half the new reactors under construction in the U.S. means that gap is going to be wider than projected and accelerating.” While renewables and nuclear are each likely to continue to provide roughly one-fifth of the nation’s electricity generation in the near-term, the trend line clearly favors a rapidly expanding market share by renewables. Electrical output by renewables during the first third of 2017 compared to the same period in 2016 has increased by 12.1 percent whereas nuclear output has dropped by 2.9 percent. In fact, nuclear capacity has declined over the last four years, a trend which is projected to continue, regardless of planned new reactor startups.

In addition, nuclear generators are discussing the potential retirements of several more. Against the planned retirement of 7,274 MW of capacity, four new reactors are in construction, totaling 4,468 MW. The completion of these reactors is in doubt, however, due to billions of dollars in cost overruns and the bankruptcy of designer-builder Westinghouse.

On the other hand, almost all renewable energy sources are experiencing strong growth rates. Comparing the first four months of 2017 to the same period in 2016, solar has grown by 37.9 percent, wind by 14.2 percent, hydropower by 9.5 percent, and geothermal by 5.3 percent. Biomass (inc. wood and wood-derived fuels) has remained essentially unchanged—slipping by just 0.3 percent.

In recent years, the strong growth rates of both solar and wind have resulted in new records being set virtually every month. For the second month in a row, solar and wind combined provided more than 10 percent of the nation’s electrical generation. In March 2017, those sources provided 10.04 percent of the nation’s electrical generation. That record was eclipsed in April when solar and wind reached nearly 11 percent (10.92 percent) of total generation. And, for the first time, wind and solar combined have provided more electricity year-to-date (113,971 thousand megawatt-hours (TMWh)) than has hydropower (111,750 TMWh).

In April, solar alone reached another milestone, providing more than two percent (2.33 percent) of the nation’s electrical supply. Consequently, solar has now moved into third place among renewable sources—behind hydropower and wind but ahead of biomass and geothermal. In April, utility-scale plus small-scale solar provided 20,928 TMWh compared to 20,509 TMWh from biomass and 5,945 TMWh from geothermal.

“In light of their growth rates in recent years, it was inevitable that renewable sources would eventually overtake nuclear power,” noted Ken Bossong, executive director of the SUN DAY Campaign. “The only real surprise is how soon that has happened—years before most analysts ever expected.”

“Renewable energy is now surpassing nuclear power, a major milestone in the transformation of the U.S. energy sector,” said Tim Judson, executive director of the Nuclear Information and Resource Service.

“This gulf will only widen over the next several years, with continued strong growth of renewables and the planned retirement of at least seven percent of nuclear capacity by 2025. The possible completion of four new reactors will not be enough to reverse this trend, with total nuclear capacity falling by 2,806 MW (three percent) through 2025.” 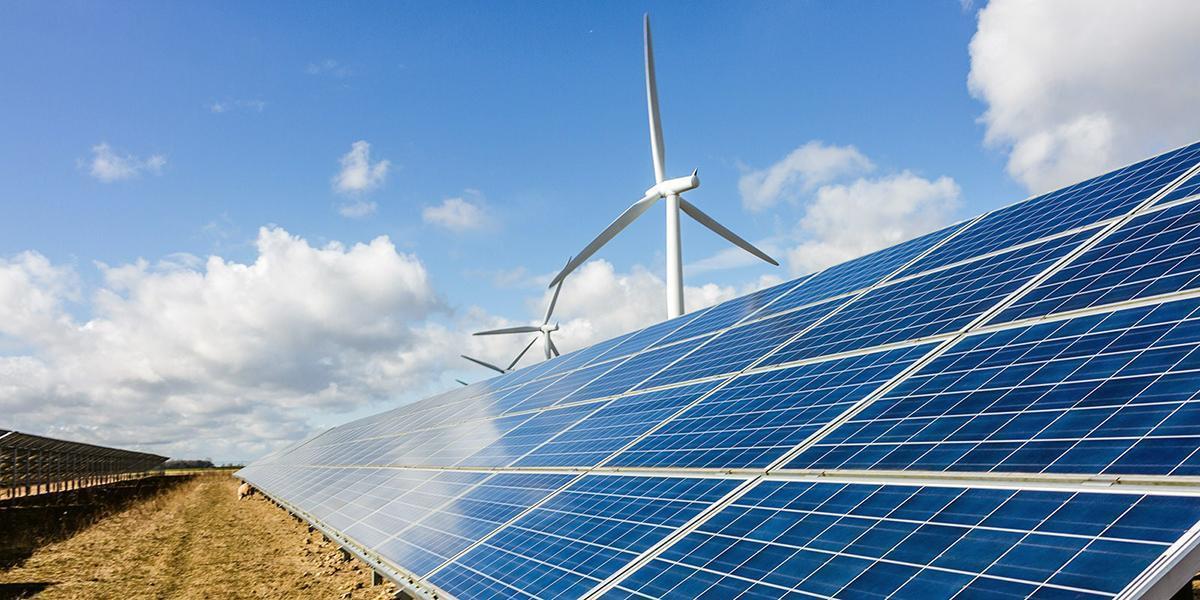 If one assumes growth continuing at about the same annual rate as during the 25-year EIA forecast period (2010-2035), renewables would not be expected to reach 19.35 percent until roughly the year 2057—40 years from now.

In reality, according to the Federal Energy Regulatory Commission’s latest Energy Infrastructure Update, with data for the first three months of 2017, wind generating capacity already totals 84.59 GW while utility-scale solar has reached 25.84 GW (and this does not include distributed small-scale systems such as rooftop solar). *

“Thus, not only has renewable energy’s share of total domestic electrical generation nearly doubled in the past seven years, it has reached a level of output that EIA—just five years ago—did not anticipate happening for another four decades,” Ken Bossong, executive director of the SUN DAY Campaign, noted.

“While one might conclude that EIA’s methodology is seriously flawed, it is also safe to say that renewables—especially solar and wind—are vastly exceeding expectations and breaking records at an astonishing pace.”‘

This is clearly evidenced by comparing 2017 to 2016 year-to-date. During the first quarter of 2016, renewables provided 17.23 percent of total generation versus 19.35 percent in 2017. Actual generation by renewables is 9.70 percent greater than just a year ago. In particular, solar (i.e., solar thermal, utility-scale PV and distributed PV) has ballooned by 34.1 percent, wind has expanded by 11.4 percent, conventional hydropower has grown by 7.7 percent and geothermal has increased by 3.2 percent. Only biomass has declined year-on-year—by 1.6 percent.

* Note that generating capacity is not the same as actual generation. Electrical production per MW of available capacity (i.e., capacity factor) for renewables is often, but not always, lower than that for fossil fuels and nuclear power. The total installed operating generating capacity provided by utility-scale renewables in 2017 is now 19.5% of the nation’s total for the first three months of 2017 (according to the latest U.S. FERC figures) whereas actual electrical generation from renewables for the same period is roughly 19.4 percent. However, both of these figures understate renewables’ actual contribution because neither EIA nor FERC fully accounts for all electricity generated by smaller-scale, distributed renewable energy sources. FERC’s data, for example, is limited to plants with nameplate capacity of 1 MW or greater and thereby fail to include distributed sources such as rooftop solar.