Subscribe
Kevin Grandia
EcoWatch is a community of experts publishing quality, science-based content on environmental issues, causes, and solutions for a healthier planet and life.
Mentioned by: 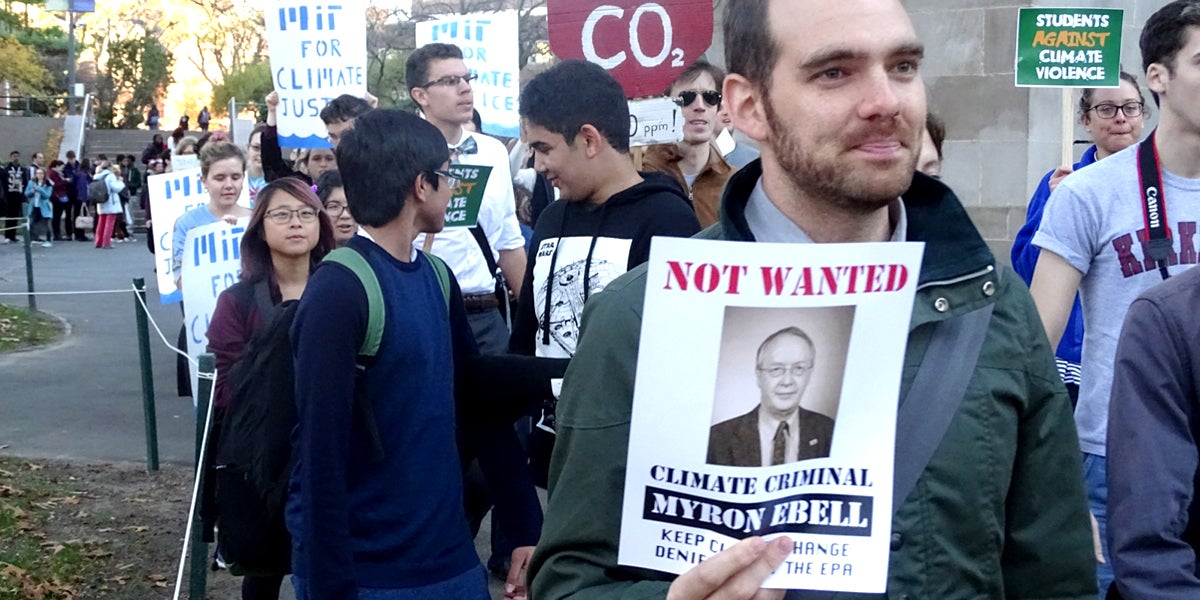 In his U.S. Senate confirmation hearing two weeks ago, Trump’s pick for Secretary of State Rex Tillerson stated that:

“The risk of climate change does exist, and the consequences could be serious enough that action should be taken.”

While still head of the oil-giant ExxonMobil a few short weeks ago, the same Rex TIllerson told a crowd gathered in London that:

“We [ExxonMobil] have long supported a carbon tax as the best policy of those being considered. Replacing the hodge-podge of current, largely ineffective regulations with a revenue-neutral carbon tax would ensure a uniform and predictable cost of carbon across the economy.”

Given ExxonMobil’s shady past when it comes to climate change, Tillerson’s words are likely seen as empty rhetoric by many political observers. And considering Trump’s recent executive orders to restart the process of constructing the Keystone XL and Dakota Access pipelines, it seems highly probable that is the case.

Despite what Tillerson’s intentions may or may not be, I guarantee the Secretary of State’s words sent a chill down the spine of Trump transition team members like Myron Ebell, who see a tax on carbon pollution as the devil incarnate, and outright deny that climate change is even a problem.

Late last year Ebell was elevated in stature after being appointed by then President-elect Trump to head his Environmental Protection Agency (EPA) transition team. Ebell, whose views on climate change and environmental regulations are considered far-right even amongst the right-wing, has not enjoyed this much attention in years.

When the world started to wake up to the realities of climate change and world leaders of all political persuasions began taking the issue seriously, Ebell and the rest of the climate deniers were relegated to the fringe of the fringe, where their “proof” of the big climate hoax only found traction amongst a small audience of conspiracy theorists and white grumpy old men.

One can assume that Donald Trump, who stated in 2015 that he doesn’t “believe in climate change,” was seen as a Messiah to those running in Ebell’s climate denier circles.

Unfortunately for Ebell, things just aren’t going the way he envisioned. In an Ebell world, Trump and his top appointees would be out on the hustings pushing the climate denier talking points about how it was warmer in the Medieval warming period and that the United Nations is using climate change to take over the world.

Last week there were rumors that the Trump Administration had ordered the EPA to remove all mentions of climate change from the department’s website. But by the afternoon on the same day that plan was suspended until further notice. “We’ve been told to stand down,” an EPA employee told E&E News. It wouldn’t be a stretch to suppose that this was a direct order from Ebell that was hastily reversed by some higher-ups.

Besides Tillerson, other top Trumpites (copyright pending) are softening their stance on the issue of climate change.

Trump’s Energy Secretary pick Rick Perry, stated in his Senate nomination hearing the other week that:

“I believe the climate is changing. I believe some of it is naturally occurring, but some of it is also caused by man-made activity. The question is how do we address it in a thoughtful way that doesn’t compromise economic growth, the affordability of energy, or American jobs.”

Not the most ringing endorsement for action on climate change, but like Rex Tillerson’s statements on the issue, a far cry from where Ebell and the alt-right environmental extremists want this new administration to be.

And nobody knows it more than Myron Ebell himself, that when it comes to the politics of climate change, words really do matter.

Myron Ebell is the product of a far-right think tank called the Competitive Enterprise Institute (CEI) who for many years enjoyed a solid stream of funding from big oil companies like ExxonMobil and the notorious Koch Brothers.

Back in the day under the George W. Bush Administration, Ebell and the crew at CEI were right in the mix as the U.S. government and big corporations were looking for ways to weasel out of the United Nations Kyoto Protocol (an earlier rendition of the Paris climate agreement).

In 2003 for instance, Ebell claimed that:

“Kyoto is dead and has been dead, but that doesn’t mean that it hasn’t done some real damage and won’t continue to do some real damage,” “If global warming turns out to be a problem, which I doubt, it won’t be solved by making ourselves poorer through energy rationing.”

In 2007, Ebell headed a group called the “Cooler Heads Foundation” whose funding came from a network of supportive alt-right organizations, many of whom were recipients of big money from fossil fuel companies. Cooler Heads stated purpose was to “dispel the myths of global warming by exposing flawed economic, scientific, and risk analysis.”

The impact of the work by climate deniers, the think tanks they worked for and the companies like ExxonMobil that funded them has been pretty devastating. These climate denial spin doctors had a major impact on the pace at which countries like the United States, the United Kingdom and China moved to take action on climate change.

But as superpowers like the U.S. and China finally started taking the issue of climate change seriously, the conspiratory stances of groups like CEI and Myron Ebell started to fall out of fashion. The microscope under which companies found themselves when it came to their carbon pollution outputs was intensifying. In 2006, ExxonMobil publicly announced that they had pulled their funding from CEI.

Down but not out, Ebell continued his climate denial crusade for the next decade.

Here’s an absolutely devastating takedown of Ebell in 2006 by BBC host Jeremy Paxman, which I wrote about at the time and viewed as an epoch in the climate denial movement. The media was slowly but surely starting to wake up to the fact that people like Ebell had no actual qualifications in the science of climate change and were nothing more than spin doctors working at the behest of their big oil funders.

After enduring a decade on the fringe, Ebell is now in the spotlight again with his endorsement from Trump. But that spotlight seems to fading quickly by the looks of things. And while I am in no way optimistic that Trump and his team will do anything meaningful on the issue of climate change, it is a teeny-tiny victory that at the very least major players on team Trump like Rick Perry and Rex Tillerson are acknowledging that the problem exists.

But this tiny little glimmer of hope for people like me who’ve worked on the issue of climate change for more than a decade, is a serious body blow to someone like Myron Ebell who appears to be quickly being pushed under the rug by the Trump Administration, back to the alt-right fringe where he belongs.