Subscribe
Cheddar
EcoWatch is a community of experts publishing quality, science-based content on environmental issues, causes, and solutions for a healthier planet and life.
Mentioned by: 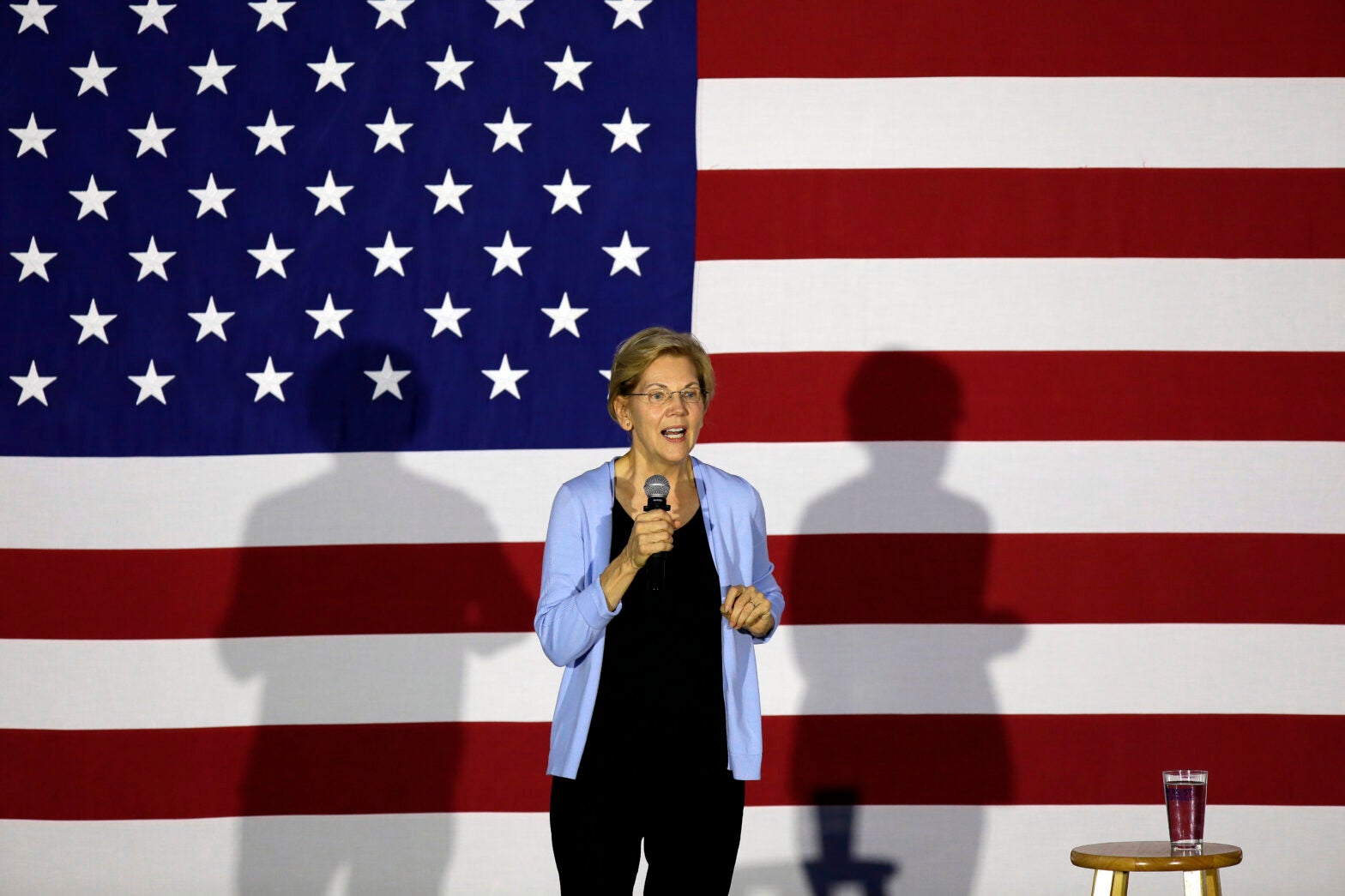 The idea: force companies to publicly disclose how their valuation would fare should climate change continue versus how they would do should temperature rise be capped at 1.5 degrees Celsius higher than pre-industrial levels, the benchmark outlined in the Paris agreement.

“The Climate Risk Disclosure Act empowers investors to make smart decisions about where to invest their money by requiring that public companies be straight about how climate change and related policies will affect their bottom lines,” said Sen. Warren in an exclusive statement sent to Cheddar. “Shareholders weighing this new information will compel big companies to speed up the transition to a clean energy economy, reducing the odds of an environmental and financial disaster without spending a dime of taxpayer money.”

First proposed in 2018, and reintroduced with changes earlier this summer, Warren’s bill would use the Securities and Exchange Commission to force publicly-traded companies to confront their own position within the climate crisis — and share that information with investors. The law, the Senator’s office explains, would also have companies reveal their direct and indirect greenhouse gas emissions, share the total fossil fuel assets they own or manage, and outline their climate change risk management strategies.

It’s certainly not the only climate proposal from the Massachusetts senator, but the Climate Risk Disclosure Act does appear fundamentally Warren-esque in its hope to use regulatory agencies — in this case, the SEC — to push the free market toward a less environmentally-destructive future.

Notably, the legislation was co-sponsored by several other presidential hopefuls, including Sen. Kamala Harris, Sen. Cory Booker, and Sen. Amy Klobuchar. It has also won the endorsement of sustainability advocacy organizations, including the Coalition for Environmentally Responsible Economies (Ceres) and the U.S. Forum for Sustainable and Responsible Investment (US SIF).

Rep. Sean Casten (D-Ill.) introduced the bill in the House, where it just passed the House Financial Services Committee.

“Public corporations must take responsibility for the large financial risks posed by the impacts of climate change, while embracing the economic opportunity of being global leaders in developing a clean energy economy,” said Casten in a statement to Cheddar. “Our bill utilizes market mechanisms to incentivize climate action by ensuring that corporations disclose the risks posed by climate action to the benefit of their shareholders and the public.”

This is not the first time an idea like this has come up. As early as 2007, state officials, investor advocates, and climate groups — including Ceres, Friends of the Earth, and Environmental Defense — had begun pushing the SEC to issue guidance as to how companies should disclose risks related to climate change.

“Companies’ financial condition increasingly depends upon their ability to avoid climate risk and to capitalize on new business opportunities by responding to the changing physical and regulatory environment,” they wrote in a letter to the agency. For instance, the organizations argued the physical impact of climate change could impact a company’s ability to operate or expose it to new legal proceedings.

Three years later, the agency commissioners — in [a party-line vote] — finally issued guidance suggesting how companies might go about disclosing the risks related to the impact of climate change. The guidance noted that climate change could impact how a business described itself, its legal proceedings, managements’ discussion and analysis of operations, and risk factors facing the company.

“It did not change any of its rules. It just said our current rules mandate addressing the risks of climate change,” explains Alan Palmiter, a business law professor at Wake Forest University.

Palmiter has written that, at first, the SEC’s guidance drew a good amount of attention. He found that a “flurry” of law firms sent letters to their clients notifying them of the new guidance, with many noting that the SEC could take further action on the subject.

However, Palmiter found that some law firms were unsure how to follow the guidance. Some also questioned the capacity of companies to determine how climate change might affect them, and some doubted the existence of climate change altogether, he found.

But despite some initial fanfare, the guidance didn’t seem to have much impact on how many — or how much — companies disclosed about their climate risks. Palmiter notes that “during the first years after the SEC guidance, fewer than three-fifths of companies in the S&P 500 mentioned climate change in their 10-K annual reports” and that most of these were simply “a short one-paragraph risk factor.”

In 2014, Ceres argued the SEC had not prioritized “the financial risks and opportunities of climate change as an important disclosure issue.” The non-profit noted that the agency comment letters related to the adequacy of climate change-related disclosures had dwindled from 38 in 2010 to none in 2013. Many companies had said nothing about climate change in their annual SEC filings, the organization found, and disclosures were highly variable, often revealing little detailed information.

Two years later, the SEC requested comment on a wide range of issues, including climate change, but there doesn’t appear to have been any subsequent action under the Trump administration. Last year, the SEC also received a request for a petition for broader rulemaking governing “environmental, social, and governmental” disclosures.

When asked about its guidance for companies in regard to climate change, the SEC directed Cheddar to the 2010 guidance. The agency did not respond to follow-up questions as to whether further guidance had been issued since then and why enforcement appears to have slowed.

The Government Accountability Office’s February 2018 review of the guidance found that the SEC was limited because it “primarily relies on information that companies provide,” couldn’t subpoena more information, and the information it did have wasn’t standardized across companies. It also reported that industry associations said “they consider the current climate-related disclosure requirements adequate and no additional climate-related disclosures are needed,” but that “some investor groups and asset management firms have highlighted the need for companies to disclose more climate-related information.” Echoing the GAO, Jim Hempstead, a managing director at Moody’s told Politico this June, “Climate disclosures that are coming out right now are all over the map,” and implying that disclosures “comparable across companies” would be more helpful.

Warren re-introduced the legislation this summer, saying it would “give investors, and the American public, the power to hold corporations accountable for their role in the climate crisis.”

The failure of the 2010 guidance has been at the foundation to push this bill ahead, with the leaders of both Ceres and US SIF, citing the SEC’s “lax” enforcement in their support for Warren’s 2019 Climate Risk Disclosure Act.

Whether the bill will be passed or not, like so much of a growing slate of bills meant to combat the climate crisis, may rest on the ability of Democrats to win back the Senate and the White House in the upcoming election.

And while it’s not likely to be signed into law yet, Bryan McGannon, director of government relations at US SIF, notes: “It builds a track record.”

This story originally appeared in Cheddar. It is republished here as part of EcoWatch’s partnership with Covering Climate Now, a global collaboration of more than 250 news outlets to strengthen coverage of the climate story.