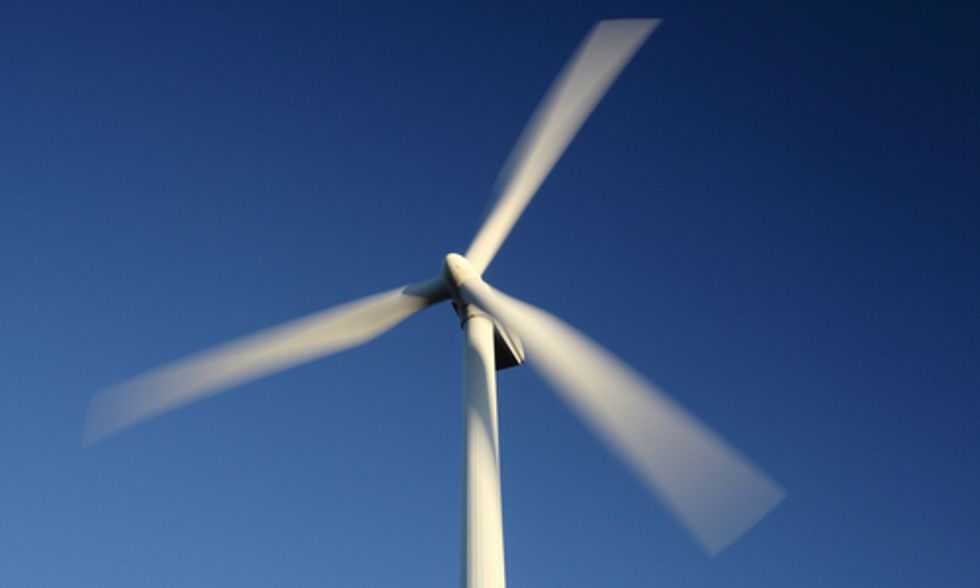 Wind energy figures from 2013 keep pouring in and they continue to impress.

According to a report preview from the American Wind Energy Association (AWEA), wind generation reduced carbon dioxide emissions in the power sector by 4.4 percent. That's good for 96 million metric tons, or the equivalent of taking 16.9 million cars off the road.

“Wind energy is leading the U.S. to a low carbon future," Emily Williams, a senior policy analyst for AWEA, said in a statement. "Not only is wind energy reliable and affordable, but it’s providing sustained emissions reductions in the sector that contributes the most to climate change, the power sector.”

Just one month ago, AWEA released data that detailed information about each state's generation of wind energy in 2013. Led by Iowa, South Dakota and Kansas, wind energy provided 4.14 percent of the country's wind energy, pushing it to become the country's fifth-largest power source.

According to AWEA, wind also reduced sulfur dioxide, nitrogen oxides and other toxins. It also helped the nation cut down on the amount of water typically evaporated during the process used at most conventional power plants.

The organization says there were about 12,000 megawatts under construction at the end of last year. On average, each megawatt hour avoids about 0.6 metric tons, or 1,300 pounds, of carbon dioxide for every megawatt hour. That would reduce the power sector's emissions by 117 million tons annually, or by more than 5.3 percent.