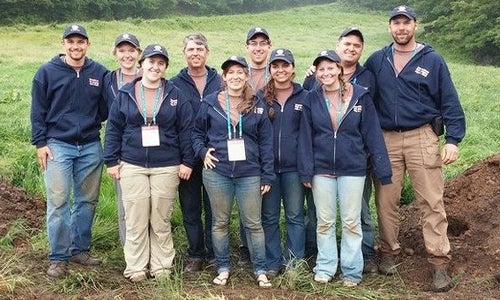 In the U.S. alone, thousands of soil scientists use the skill of “soil judging” in their daily jobs. They look at and feel the soil to determine its health, carbon content, drainage properties and other factors. Using only their eyes, sense of touch and a limited set of tools, they make land usage recommendations about agriculture, construction, wastewater treatment, recreation and more. In addition, many companies who hire crop advisors look for excellent soil judging skills. Indeed, the skills honed by soil judging are used by soil scientists around the world. 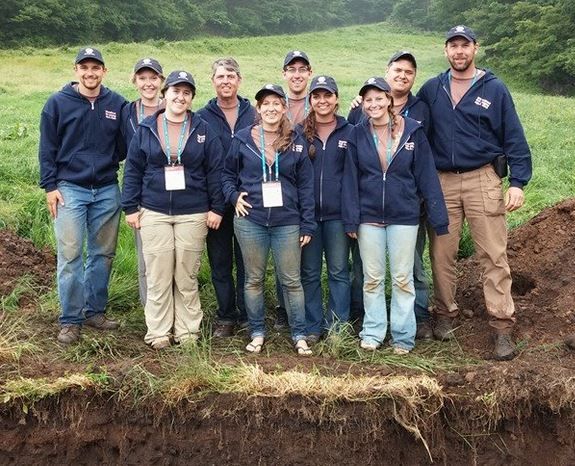 “Learning how to describe and evaluate soils in the field is an important part of training for soil scientists,” says Chris Baxter, the coach for the winning team, and a professor at University of Wisconsin-Platteville. “These are skills that the professional soil scientist uses every day. It was a once-in-a-lifetime experience for them. The students worked very hard and were excellent ambassadors for the U.S. and for competitive soil judging.”

John Galbraith, a professor at Virginia Tech, was the coach for the second place team. “We are very proud of how the U.S. students represented themselves and their country, both in performance, character, and friendliness with other teams,” says Galbraith.

Students were selected based on their performance during the National Collegiate Soils Contest held earlier this year. The contest encourages team effort and individual knowledge in identifying, evaluating, classifying and describing soil profiles. The contest is a joint program of the SSSA and American Society of Agronomy. SSSA and its cooperating organization, the Agronomic Science Foundation (ASF), funded the students’ trips to Korea.

“Our experiences in Jeju were once in a lifetime opportunities,” says Witkowski. “We saw types of soils called Andisols and Melanic epipedons—which are not in abundance in the U.S. Seeing them was something new to all of us competing from the U.S. Seeing the soils was an experience, but meeting students from other countries interested in soils (and soil judging) was surreal. We had a great time meeting other people and looking at the soils.”

In the contest, participants described soil profiles using standard field techniques, classified the soil using either Soil Taxonomy or the World Reference Base, and provided interpretations for land use based on soil and site characteristics. Contestants were graded on the level of agreement between their descriptions and those made by a team of official judges from South Korea, the U.S., Australia and Hungary. The contest included an individual competition and a team competition where teams of up to four contestants worked together to create a single description. The overall team winner was determined by combining the individual and team scores.

“I had the most amazing experience being part of the first International Soil Judging Contest,” says Nancy Kammerer, a student at Penn State University. “Meeting other students from around the world, getting to see new soils and ways of classifying soils and touring the beautiful island of Jeju are all things I will remember for a lifetime. The World Congress of Soil Scientists and the Koreans were the most gracious hosts and helped to make this trip extraordinary.”

“The World Congress of Soil Science organization of Korea did a marvelous job in supporting the first international soil judging contest,” says Jan Hopmans, president of SSSA and a professor at University of California-Davis. “SSSA thought it was important to send students to the competition. Having the students meet others also studying soil science from different countries, compete and interact with them is important for global camaraderie, understanding of various cultures and a great way to jumpstart international collaborations. Also, with the International Year of Soils starting in 2015, activities such as the International Soil Judging Contest increase awareness of the relevance of soils, as the students network and share their experiences using their own social media.”