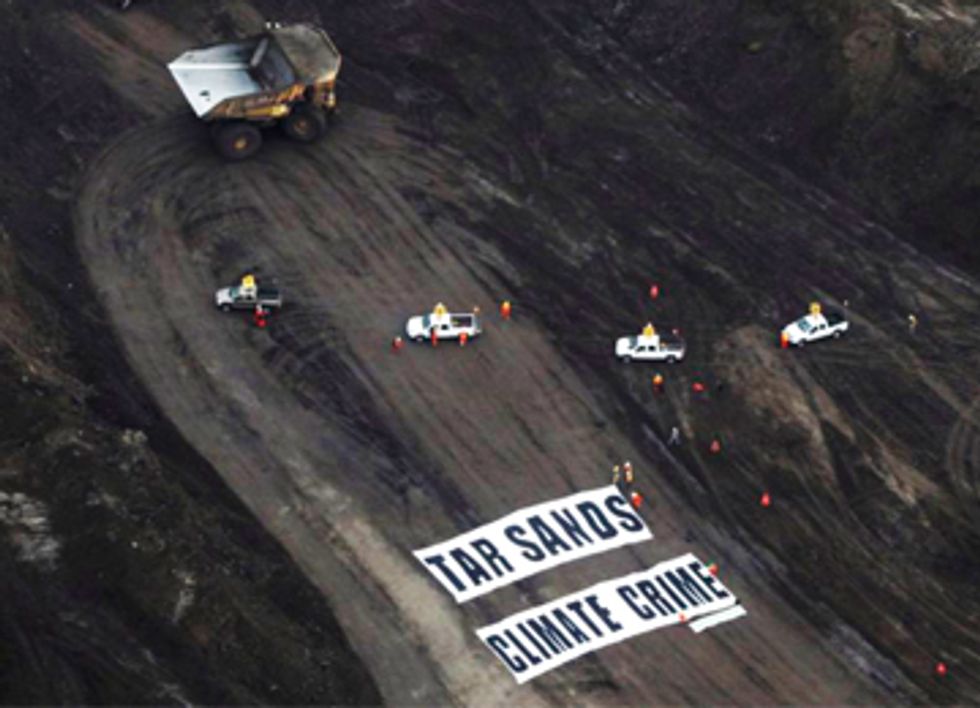 The U.S. government doesn’t know exactly where TransCanada wants to lay pipe for the northern section of its Keystone XL tar sands pipeline, according to the results of a 14-month Freedom Of Information Act (FOIA) request to the U.S. State Department. In its final answer to a FOIA request by Thomas Bachand of the Keystone Mapping Project, the State Department admitted:

The State Department is already facing legitimate criticism for contracting companies with ties to TransCanada and other oil companies for its environmental impact estimates, which the U.S. Environmental Protection Agency has slammed for being “insufficient.” State looked no further than oil industry contractors to run the draft SEIS—companies like Cardno ENTRIX, which calls TransCanada a “major client,” and ERM Resources, a dues paying member of the American Petroleum Institute which is being investigated by the State Department’s Inspector General for trying to hide its prior consulting for fossil fuel giants like ExxonMobil, BP and Shell. In fact, TransCanada chose ERM Resources to do the Keystone XL SEIS review for the State Department, and one of ERM’s people working on the review was formerly employed by TransCanada.

TransCanada has stacked the deck, wagering American waterways and private property against the promise to profit from continued extraction of dirty tar sands petroleum.

The potential is too high for Keystone XL to leak just like TransCanada’s existing Keystone I pipeline has repeatedly done, or rupture like ExxonMobil’s Pegasus tar sands pipeline in Mayflower, AK, earlier this year, or Enbridge’s tar sands pipeline spill in the Kalamazoo River in Michigan. The southern leg of Keystone XL is already under construction, and the if the cracks, dents and other faults in the "new" pipe are any indication, pollution from oil spills looks inevitable. Beyond being a disaster waiting to happen, Keystone XL guarantees the continued disaster that is tar sands mining, a process that has already poisoned entire regions—and peoples’ communities—in northern Alberta, Canada.

With President Obama's recently unveiled Climate Action Plan, it would be a limp gesture to approve the Keystone XL pipeline. You'd think with the State Department having its environmental analysis run by oil industry consultants, they'd listen to the oil industry's own guarantees that Keystone XL would increase demand for tar sands mining. That's bad news for our climate—something the State Department cannot ignore if they do a reasonable review of the "unprecedented" amount of public comments on its draft SEIS on Keystone XL.

What remains to be seen is if the State Department will be reasonable in the last leg of its review, or if it will continue letting TransCanada and Big Oil control the process to the bitter end.

SHARE YOUR THOUGHTS BELOW: How would the U.S. State Department be able to demonstrate its transparent independence in conducting a new environmental review given this information? Or could it?