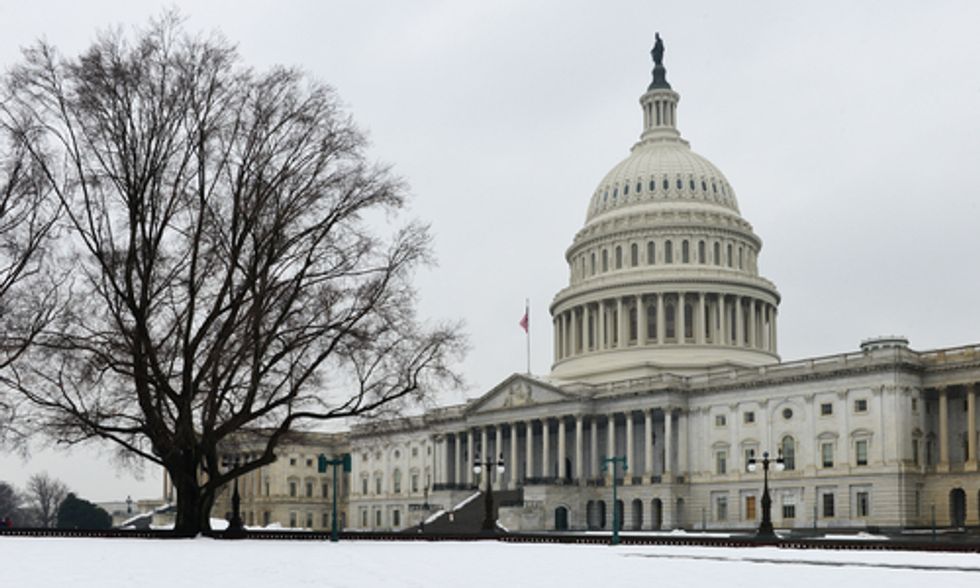 Nearly 30 U.S. senators all have the same plans for tonight—discussing climate change.

At least 28 senators, all democrats or independents, agreed to stay on the Senate floor for an all-night session allowing the legislators to discuss the issue and ideas on what to do about it. The session has been in the works for months and was organized by the Senate Climate Action Task Force.

The participating senators say they will be tweeting throughout the night, using the hashtag #Up4Climate.

“So many Senators coming together for an all-night session shows our commitment to wake up Congress to the dangers of climate change," California Sen. Barbara Boxer said. "All you have to do is look at China to see what happens to your country when you throw the environment under the bus.”

According to a statement from Hawaii Sen. Brian Schatz, here are the senators expected to participate:

Senators expected to participate include:

The Washington Post compared the strategy to that of Sens. Rand Paul (R-KY) and Ted Cruz (R-TX), who led late-night, double-digit-hour exchanges in the past year regarding drones and the government shutdown, respectively.

"The cost of Congress' inaction on climate change is too high for our communities, our kids and grandkids, and our economy,” Whitehouse said. “On Monday we’ll be sending a clear message: it’s time for Congress to wake up and get serious about addressing this issue.”