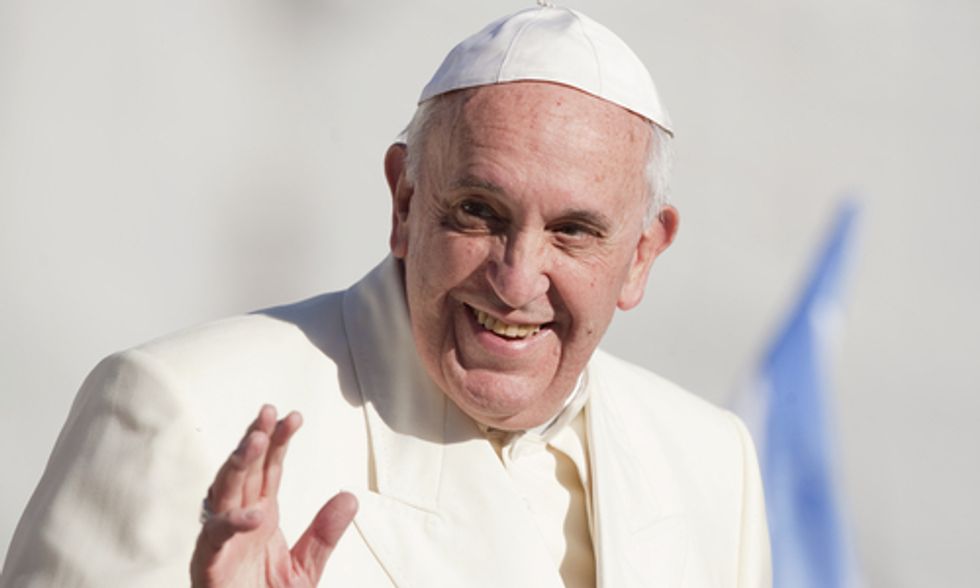 Sen. Edward J. Markey (D-MA) met with the pope and other high-level officials from the Vatican to discuss the importance of acting on the warming planet instead of waiting idly. Markey was one of five legislators from the around the world who met with Pope Francis and Cardinals in Rome.

“Francis has the moral authority to galvanize a political will to act,” Markey told the Boston Globe, “which will help legislators in countries around the world to pass the necessary legislation.”

The visit comes a week after Pope Francis compared battling climate change to safeguarding creation, advising the world that “if we destroy creation, creation will destroy us! Never forget this!”

Markey and the other visitors, who represented South Africa, the United Kingdom, Mexico, Italy and the Philippines, encouraged Pope Francis to continue using his platform stress the importance of climate change in the future, particularly through a moral scope.

“It was an honor and a privilege to meet with Pope Francis and other Vatican leaders to share our common concern about the challenge of our time, climate change,” said Markey, who chairs the Foreign Relations subcommittee on international climate issues and leads the U.S. Senate Climate Change Clearinghouse.

“The Pope and all people of faith understand that climate change is a moral issue, and that we are called to respond to this personal and planetary challenge.”