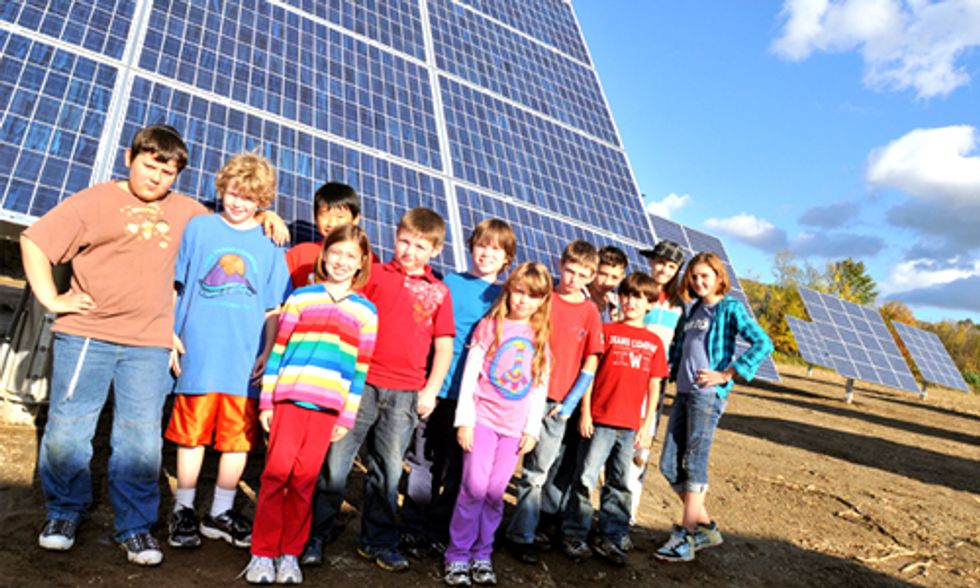 The report card is in, and thousands of U.S. schools are bringing home straight A’s for going solar.

In a comprehensive, first-of-its-kind study released today, America’s K-12 schools have shown explosive growth in their use of solar energy over the last decade, soaring from 303 kilowatts (kW) of installed capacity to 457,000 kW, while reducing carbon emissions by 442,799 metric tons annually—the equivalent of saving 50 million gallons of gasoline a year or taking nearly 100,000 cars off U.S. highways.

Brighter Future: A Study on Solar in U.S. Schools was prepared by The Solar Foundation (TSF)—with data and analysis support from the Solar Energy Industries Association (SEIA)—and funded through a grant provided by the U.S. Department of Energy’s SunShot program.

The Solar Foundation’s report is the first nationwide assessment of how solar energy helps to power schools in communities across America. Most importantly, the report shows that thousands of schools are already cutting their utility bills by choosing solar, using the savings to pay for teacher salaries and textbooks.  What’s more, the report estimates that more than 70,000 additional schools would benefit by doing the same.

Click to view an interactive map showing where schools have installed solar energy.

Here are the report’s key findings:

And if you think that’s good news, then get a load of this: An analysis performed for this report found that 450 individual school districts could each save more than $1,000,000 over 30 years by installing a solar PV system. That’s right—a million bucks!

In a time of tight budgets and rising costs, solar can be the difference between hiring new teachers—or laying them off. Just as importantly, solar is also helping to fight pollution, providing hope for our children, as well as for future generations of children.

As is the case with the solar industry at large, the report found that more schools are going solar as installation costs decrease.   According to the SEIA/GTM Research U.S. Solar Market Insight report, by the second quarter of this year, national blended average system prices had dropped 53 percent since 2010.

So anyway you look at it—from economics to innovation to the environment—more and more U.S. schools deserve high marks for their commitment to America’s future.

Investing in a Clean Energy Economy Today for a Healthier Tomorrow