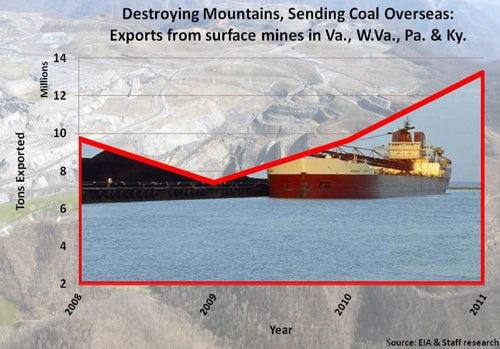 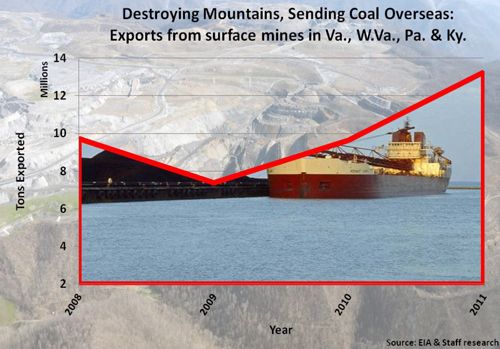 An analysis of coal mine data released today shows that coal exports have exploded from Appalachian operations over the last few years, with some mines exporting 100 percent of their coal abroad. The report, prepared by the Democratic staff of the Natural Resources Committee, at the direction of Rep. Ed Markey (D-MA), calls into question the benefits to America to allow destructive mining practices to continue if that coal is going to subsequently be shipped to foreign nations like China.

Some of the top findings of the report include: 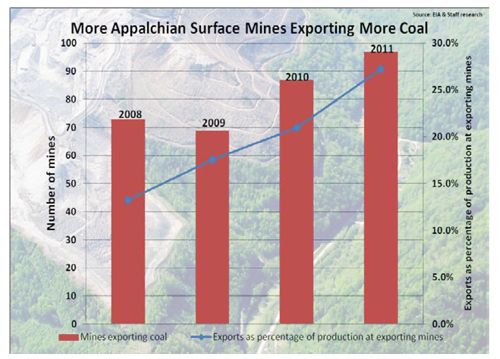 “American families are being subjected to coal mine pollution and damage, just so exports to China and other foreign nations can increase,” said Rep. Markey, who is the ranking member of the Natural Resources Committee. “The coal may be shipped to foreign markets, but the diseases, the destroyed mountaintops and the environmental ruin from these destructive practices are staying right here in America.”

The export issue is not isolated in the Appalachian region, as coal companies mining in the Powder River Basin in Wyoming are angling to vastly increase coal exports.