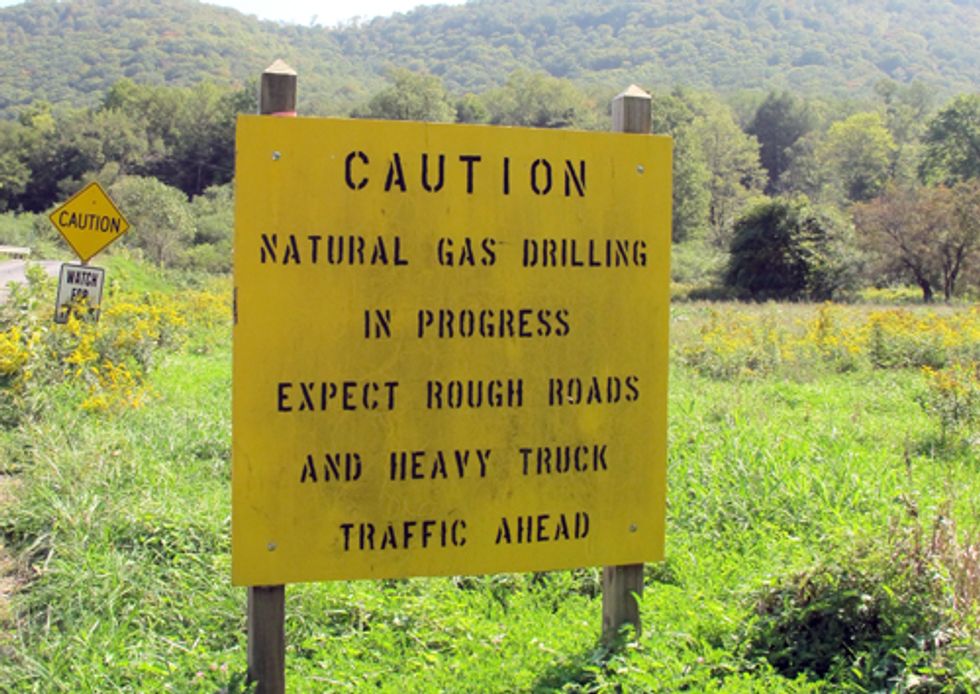 As the International Energy Agency warns that world oil markets face a “bumpy ride” in the months ahead, President Obama has being trying to defend his energy policies.

His defense comes at a time when rising gas and energy production prices look increasingly likely to be become a key election issue in November, with his Republican challengers increasingly becoming vocal about oil and gas.

Obama has pointed out that U.S. oil production has increased 20 percent since he took office, after more than three decades of steady decline.

The Financial Times reports that Obama said that he had made “historic progress” in reducing reliance on foreign oil and making the U.S. a leader in “global clean energy."

But Michael Klare, professor of peace and world security studies at Hampshire College takes issue with Obama’s stance in a great article in the Nation. Rather than being a leader in the clean energy revolution, America risks falling far behind.

So how did this happen?

Kare argues that “It was not very long ago that America seemed headed on a path of reduced dependence on fossil fuels—oil, coal and natural gas—and greater reliance on renewable forms of energy, such as wind and solar … But Obama’s commitment to renewables has wavered in the face of relentless attacks from Republicans in Congress and the economic realities of energy production. “

Klare goes on to argue that “Obama and his Republican opponents want us to believe that the accelerated exploitation of domestic fossil fuels will enhance American national security.”

But this is a false promise. “Not only will increased reliance on domestic fossil fuels perpetuate our vulnerability to disorder in the Middle East (given the global nature of the oil market and resulting oil-price dynamics); it will also expose us to a host of other perils, ranging from drinking-water contamination to accelerated climate change," he argues.

Klare takes issue with the shale gas revolution arguing that recent estimates of how much recoverable gas there are have been downgraded and the industry faces a growing backlash in the anti-fracking movement. “The anti-fracking activism will probably not halt the expansion of shale gas production, but it will certainly reduce the number of wells, lowering total output”, he argues.

We know that all unconventional sources of oil bring greater environmental risks, whether it is water contamination from fracking or climate change from the tar sands, which the Republicans want to export to the U.S., meaning that the “likelihood of environmental catastrophe is bound to grow.”

And then Klare repeats an argument that is often made on this blog, especially by Lorne Stockman that, even if there is a mini-domestic oil and gas boom in the U.S., it will not isolate the U.S. from price shocks.

“Oil is a global commodity, so even if we obtained most of our oil from Western Hemisphere sources, we would still feel the effects of conflict elsewhere through the inevitable spikes in energy prices,” Klare writes. “Don’t expect Exxon and Chevron to give us a cheaper rate on the oil they produce here if they can sell it on international markets for twice as much—that’s just not going to happen. So we will remain just as vulnerable to international oil crises after expanding our reliance on shale oil and tar sands.”

Klare concludes that the longer we continue our fossil fuel addiction, “we will become more vulnerable over the long run, because the renewed embrace of fossil fuels will induce us to postpone the inevitable transition to a postcarbon economy.”

He finishes by saying that “Sooner or later, the economic, environmental and climate consequences of intensive fossil fuel use will force everyone on the planet to abandon reliance on these fuels in favor of climate-friendly renewables. This is not a matter of if but of when. The longer we wait, the more costly and traumatic the transition will be…”