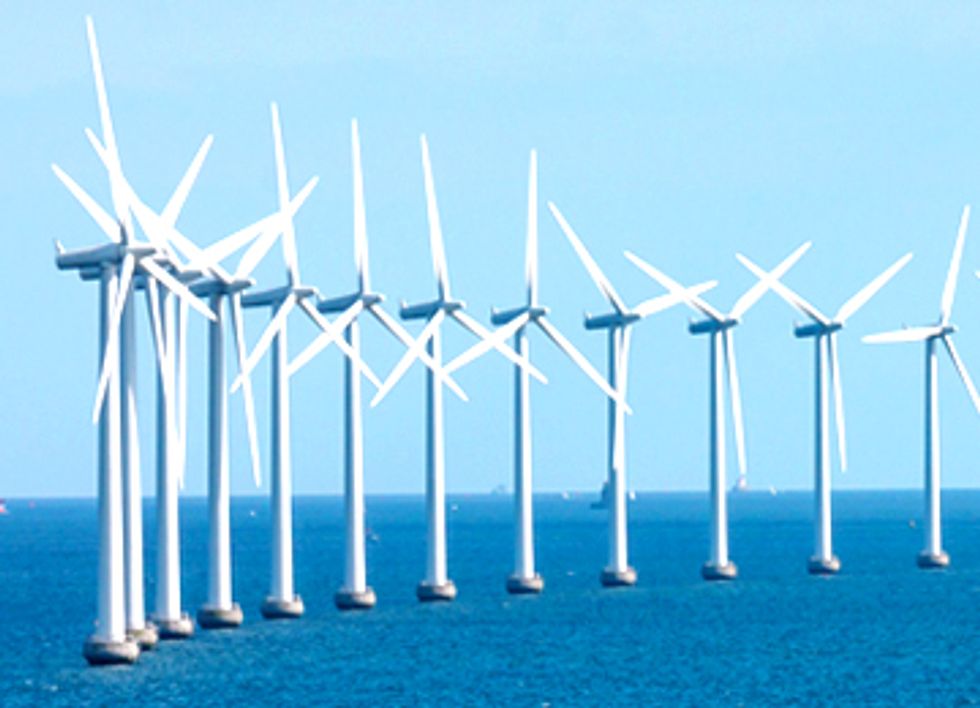 Offshore wind energy has felt just out of America’s reach for quite some time now. While Europe has more than fifty projects up and running off their shores, here in the U.S. we are struggling to catch up. Resistance to a tried and true clean energy source—largely funded by fossil fuel interests—has kept us from capitalizing on an industry that will create jobs, promote clean air and water and protect future generations of wildlife and people from the dangers of climate change.

Responsibly sited offshore wind power must be a significant component of our clean energy future—and yesterday, Secretary of the Interior Sally Jewell and the Bureau of Ocean Energy Management (BOEM) took a huge step forward in making this a reality. Yesterday morning, news broke that BOEM has scheduled a first-ever renewable energy lease sale on the U.S. Outer Continental Shelf. On July 31, 164,750 acres off of Rhode Island and Massachusetts will be auctioned for commercial wind energy leasing. BOEM indicates this area could produce enough energy to power 1.2 million homes—a huge contribution to meeting the region’s energy demand.

“Today we are moving closer to tapping into the enormous potential offered by offshore wind to create jobs, increase our sustainability and strengthen our nation’s competitiveness in this new energy frontier,” said Secretary Jewel.

This announcement follows months of evaluation by BOEM, as well as the vision, leadership and commitment of the state governments in Rhode Island and Massachusetts, to identify low-conflict areas for offshore wind energy projects and review potential impacts of development activities on marine life in the designated wind energy area. Looking ahead, National Wildlife Federation will closely examine the project proposals that come forward to ensure that wildlife protections are included as this process unfolds.

The Interior Department and BOEM took great initiative yesterday, and now we need to ensure that this momentum inspires the necessary follow-through from Congressional and state leaders to make offshore wind a reality. Recent progress in New England gives more cause to celebrate, and suggests that the pieces of this puzzle are starting to come together.

Less than a month ago, Massachusetts hosted a ground breaking ceremony at the New Bedford Marine Commerce Terminal—the country’s first terminal constructed to deploy offshore wind turbines. Inspired by similar efforts abroad, New Bedford’s infrastructure investment is bringing fresh economic development opportunities to a city that could really use it, hopefully modeling the opportunity for other ports to follow.

Another first came last week, thanks to the leadership and innovation of the University of Maine. The University’s Advanced Structures and Composites Center launched a prototype of a floating wind turbine into the waters off the coast of Castine, ME. The first of its kind globally, this floating platform turbine is also the first offshore wind turbine to connect to the U.S. grid. The Department of Energy acknowledged the significance of this small-scale inaugural project. “The Castine offshore wind project represents a critical investment to ensure America leads in this fast-growing global industry,” said Jose Zaya, director of the Energy Department’s Wind and Water Power Technologies Office.

The U.S. certainly remains far from claiming leadership on offshore wind, but getting a model turbine in the water offers a tangible symbol to the global community that we are getting serious. Establishing the infrastructure to deploy more projects, and auctioning areas of the ocean, help strengthen the message that we do not intend to let this opportunity pass us by.

We need congressional leadership. Our leaders on Capitol Hill need to make offshore wind energy a priority, in order to spur the first-movers in this industry to reach the clean energy frontier. That means supporting the Incentivizing Offshore Wind Power Act in both the House and the Senate, by offering an investment tax credit to those willing to fund moving the nation toward this increasingly important goal.

State leaders along the coast also need to step up and ensure offshore wind power is part of our energy future. Now is the time for bold commitments to bring offshore wind energy online.

Yesterday’s news from BOEM is just the latest sign of progress in America’s pursuit of this massive clean energy frontier. Let’s make sure that we build on these successes, and gather them into a collected stride toward the clean energy future that is in everyone’s best interest.