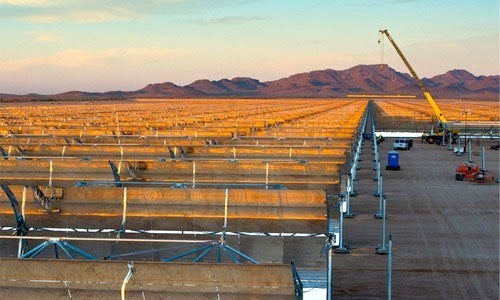 The U.S. Navy is investing in what will be the largest solar farm in the world in order to provide power for 14 of its bases. 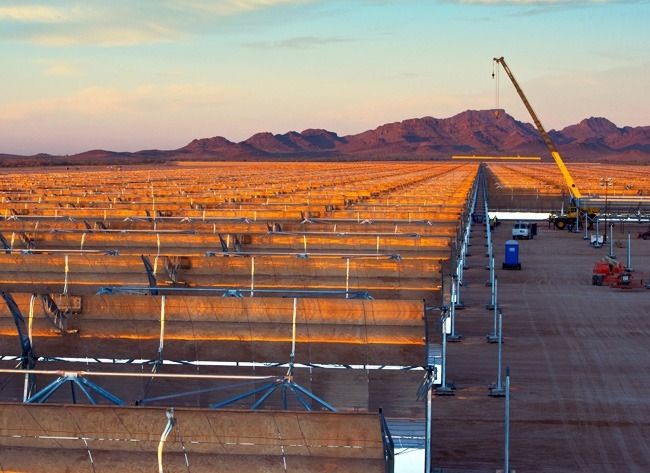 The climate of Arizona, where the two earlier phases of the Mesquite solar farm are already up and running, provides 300 days of sunshine a year. And the Navy’s deal to extend the farm is the largest purchase of renewable energy ever made by a U.S. federal government agency.

The solar farm project is one of a growing number being installed across what is known as the American Sun Belt—the southern states of America, which have expanding populations, plenty of sunshine but also large areas of arid and unproductive land. 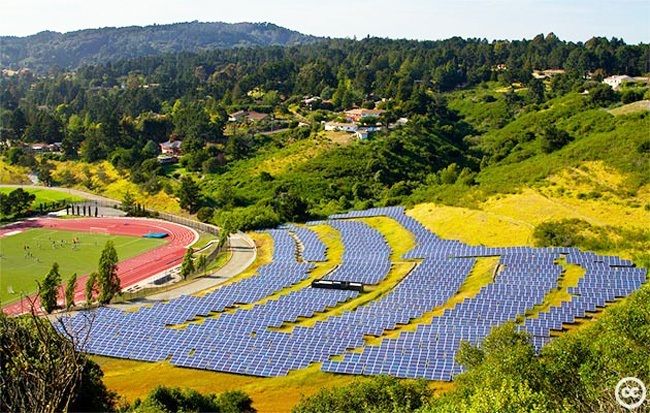 The price of solar panels has now fallen so far worldwide that, in sunny climes, they can compete on cost with any other form of energy generation. Photo credit: Michael Mees, Creative Commons

The price of solar panels has now fallen so far worldwide that, in sunny climes, they can compete on cost with any other form of energy generation. This new generation of huge solar farms produces as much power as a large coal-fired plant.

China and India are also building similarly massive installations, taking advantage of their own sun belts and desert regions. It is doubtful that Mesquite 3, huge as it is, will manage to remain the world’s largest for long.

In the same week that the U.S. Navy disclosed its plans, the central Indian state of Madya Pradesh announced it was to construct a 750 MW plant (one megawatt is roughly enough to supply 1,000 typical British homes) on barren, government-owned land in the country’s Rewa district.

It is claimed that it would be the world’s largest solar plant and the state’s energy minister, Rajendra Shukla, says the plan is to have the plant up and running by March 2017.