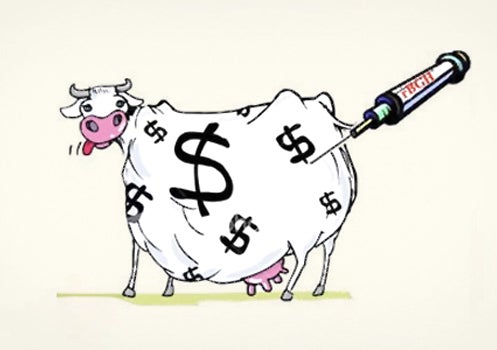 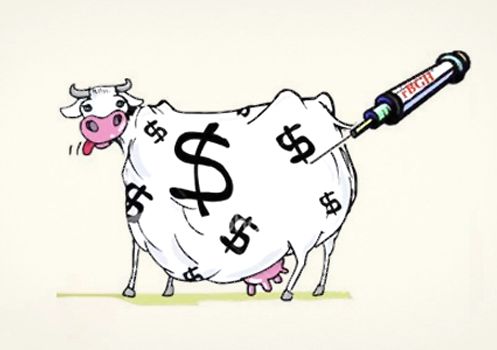 In the U.S., we pride ourselves on being the best of the best. And in this Olympic year we’re all hoping that we’ll come home with the Gold. However, there is one area where the U.S. leads that should deeply concern us all.

Figures initially presented by Dr. Danilo Lo Fo Wong of the World Health Organization reveal that the U.S. is leading the world in the overuse of antibiotics in livestock farming—and by a long way. We use more antibiotics per kilogram of meat produced than any other nation in the world—and we use 12 times as much as the country using the least, Norway. In doing so we are jeopardizing our future ability to treat killer diseases, all for the sake of so-called “cheap” animal protein and short-term industry profit. In this case, by coming in first, we may actually be in danger of losing it all.

Just last week, Professor Lance Price from the TGen Centre for Microbiomics and Human Health in Arizona spoke in London, the site of this years’ Olympic Games, to highlight not American excellence, but American failings, saying that U.S. lawmakers were “significantly further behind Europe” after the European Union banned the use of antibiotics as growth promoters in 2006.

Scientific consensus around the world now emphatically links the use of medicinally important antibiotics in intensive livestock farming to the dramatic rise in the development of antibiotic-resistant bacteria. Virtually all intensively farmed animals in the U.S. receive regular low levels of antibiotics to help maximize production and prevent the inevitable outbreak of disease in the confined conditions in which the animals are kept. This has provided us with cheap animal protein, but the chickens are now coming home to roost. Exposure to low doses of antibiotics naturally selects for resistance, and many bacteria strains are now resistant to the same antibiotics we use to treat ourselves. Some dangerous strains of bacteria, such as E. coli, are now resistant to several key antibiotics, so when we get infected there are fewer and fewer options for treatment. And we are fast running out of options altogether.

As a result, public pressure is finally mounting on the intensive livestock farming industry to change its ways. The latest development comes in the form of a federal court judge, who ruled earlier this week that the Food and Drug Administration (FDA) must start taking action to withdraw the approval of two key antibiotics—penicillin and tetracyclines—for routine use in intensive livestock production due to the risks to human health. This followed a lawsuit filed last year by the Natural Resources Defense Council, Center for Science in the Public Interest, Food Animal Concerns Trust, Public Citizen, and Union of Concerned Scientists.

In 1977, the FDA concluded that feeding farm animals low doses of certain antibiotics that were also used in human medicine could promote antibiotic-resistant bacteria capable of infecting people. The lawsuit contended that, despite this conclusion and subsequent laws requiring the FDA to act on its findings, the FDA had failed to take any action to protect human health for the last 35 years, choosing instead to favor the interests of the intensive livestock farming industry. The court decision noted, “In the intervening years, the scientific evidence of the risks to human health from the widespread use of antibiotics in livestock has grown.”

While this court ruling won’t immediately end the routine use of antibiotics in farming, it will force the antibiotic manufacturers to provide evidence in a public forum that the use of these drugs in intensive farming does not harm human health—or take them off the market. The science is telling us that the routine use of low-dose antibiotics in intensive livestock farming is contributing to the rapid development of antibiotic-resistant bacteria. What we now need is the political will to act on this science and to hold the intensive farming industry to account—before we lose these important medicines forever.

Over recent weeks, the public appears to have finally found its voice in the food debate. Judging by the recent public outrage, most Americans appear to agree that when you have to use a centrifuge and add ammonia to fatty scraps of meat to make it lean and “safe,” you really shouldn’t be trying to sell it as “beef.” The big question is: Could the public’s outrage over the undisclosed addition of lean finely textured beef (LFTB)—aka “pink slime”—in ground beef be the catalyst we need to bring about the necessary changes in the way we farm and feed ourselves?

In the race to produce ever-cheaper animal protein we stand to lose some of the most important medical discoveries in human history. Unless we take action now, we face a potentially terrifying era in our history—a world where antibiotics no longer work. It’s up to each of us to contact our political representatives and to tell them that enough is enough. We can no longer just sit back and allow the intensive livestock industry to obliterate the usefulness of these life-saving medicines.