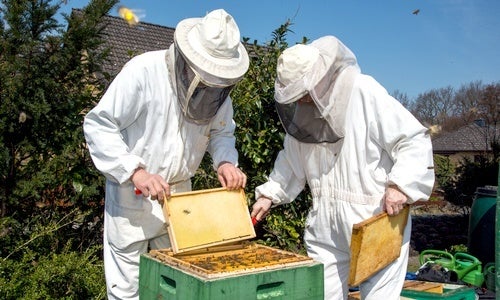 To the horror of beekeepers around the country, it appears that the worrisome decline in honeybees is getting even worse. According to the latest annual government study, U.S. beekeepers reported losing 42.1 percent of the total number of colonies managed from April 2014 through April 2015, much higher than the 34.2 percent from the year prior. 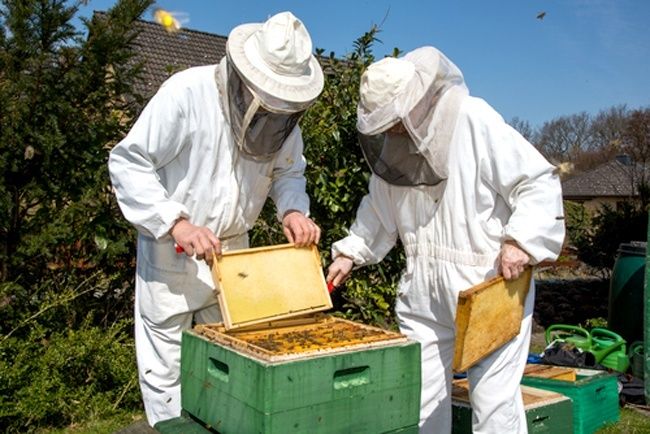 A survey from the USDA reported that more than 40 percent of bee hives died in the past year, the second-highest annual loss seen since these annual surveys began in 2010.

The study was conducted by the Bee Informed Partnership in collaboration with the Apiary Inspectors of America and the United States Department of Agriculture (USDA). Preliminary results indicate that U.S. beekeepers were hardest-hit in the summer of 2014, with an average loss of 27.4 percent of their hives compared to the 19.8 percent the previous summer.

While winter numbers improved about 0.6 percentage points less than the previous winter, the honeybee death rate is still too high for long-term survival. Colony losses were 23.1 percent for the 2014-15 winter months, which is normally the higher loss period. 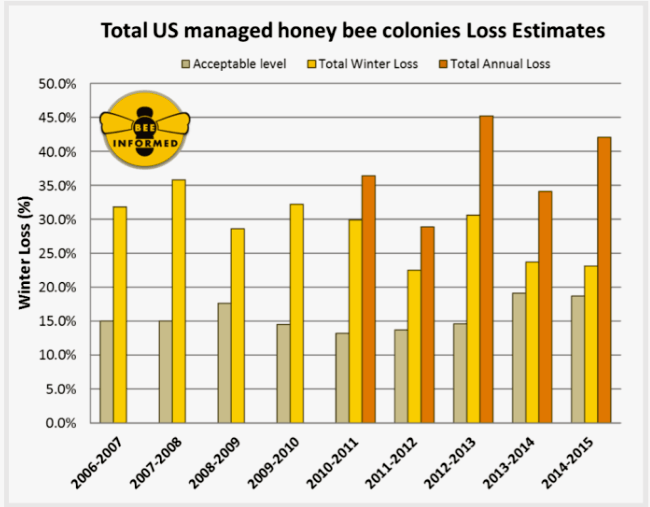 The Associated Press reported that the study’s entomologists were “shocked” when they noticed bees were dying more in the summer than the winter for the first time. Study co-author Dennis vanEngelsdorp of the University of Maryland told the news organization that seeing massive colony losses in summer is like seeing “a higher rate of flu deaths in the summer than winter. You just don’t expect colonies to die at this rate in the summer.”