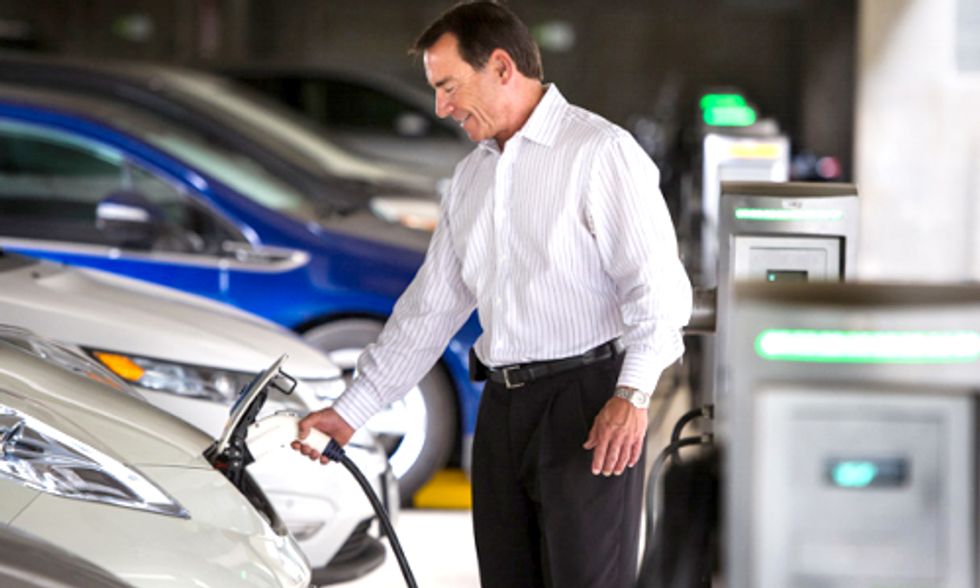 The U.S. government applauds the efficiency and technological achievements of the auto industry so much that it has decided to invest millions in it.

The announcement didn't provide a breakdown of the funding, but electric vehicles (EV) were the first sector of the auto industry mentioned by the U.S. Department of Energy’s (DOE). Part of the new funding supports the  EV Everywhere Grand Challenge, an initiative the DOE launched in 2012 to make EVs cheaper and more convenient to drive than than their gas-consuming counterparts over the next decade.

“Today, the American auto industry is on the rise, experiencing the best period of growth in more than a decade," Moniz said. "The new research and development funding announced today will help support our domestic automakers’ continued growth and make sure that the next generation of advanced technology vehicles are built right here in America.”

According to the DOE, U.S. automakers, universities and national laboratories have collectively cut the manufacturing cost of advanced electric vehicle batteries by 50 percent over the last four years. The government believes the industry can build on that success with more funding. The main areas of focus to make cars more efficient and durable include lightweight materials, cost-effective batteries and electronics, advanced heating, ventilation and air conditioning systems and better fuels and lubricants.

EV sales in the U.S. jumped by 84 percent from 2012 to 2013, according to theElectric Drive Transportation Association. That increase represented 96,702 plug-in vehicle sales. Navigant Research estimates that annual EV sales in the U.S. will exceed 416,000 by 2022.

The DOE also released a progress report on the EV Everywhere program. Industry highlights in the report include: