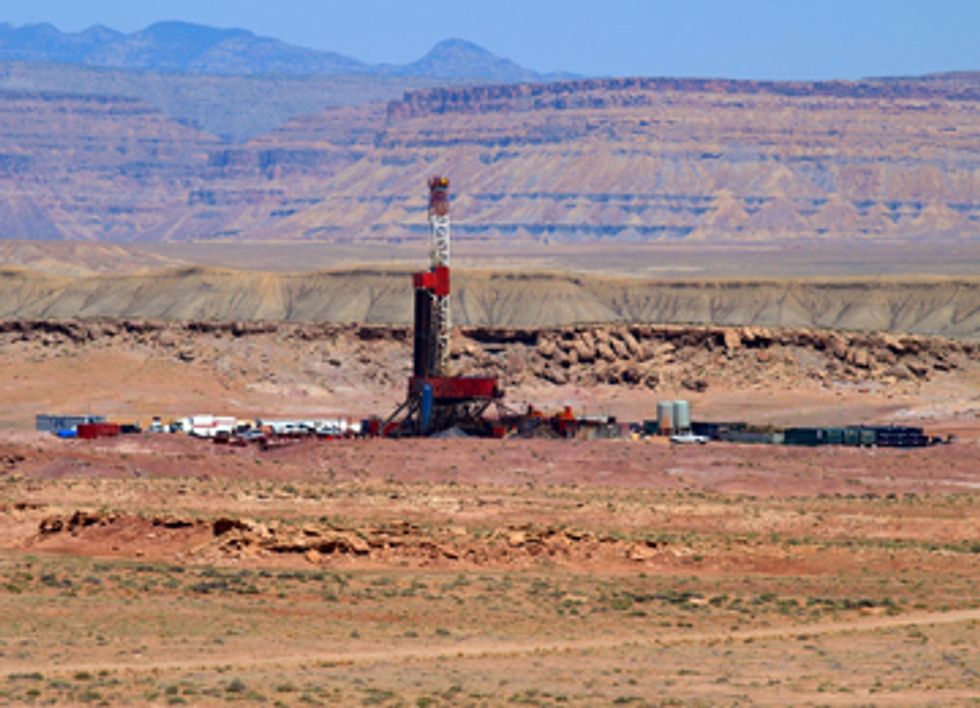 Hydraulic fracturing (a.k.a. fracking) has recast the U.S.’s energy future, but it’s also shining a light on fragile water supplies, which could crimp the industry’s growth.

The pinch is especially strong on shale energy producers and state regulators who are scrambling to find ways to keep the water flowing to this thirsty industry while not shortchanging farmers, municipalities and growing populations. Anywhere from two to 10 million gallons of water (along with sand and chemicals) are injected into each fracturing well. Multiply that times tens of thousands of wells and you’re talking lots of water—and wastewater, too.

Given a fast-changing regulatory landscape and the diverse geologic conditions of key shale energy basins around the country, it’s a challenge with no easy solutions.

“We’ve got to plan and plan and plan,” engineering executive Ken Burris told a crowd of 75 industry players and regulators last week at a Water Management for Shale Plays 2013 conference in Denver.

The urgency is palpable. In less than a decade, hydraulic fracturing has grown from a largely unregulated wildcat industry to an energy juggernaut that is rejuvenating rural economies in North Dakota, Texas and Pennsylvania and putting America back on track to become the world’s largest oil producer again.

But achieving such meteoric growth doesn’t come without growing pains—especially those around meeting the red-hot demand for water that shale producers need to inject into their wells.

Ground zero, in many ways, is Texas.

The U.S.’s second-largest state is in the midst of a historic drought, has little surface water to speak of and many of its groundwater aquifers are drying up. The most noteworthy of these sources under stress is the Ogallala Aquifer, which overlaps with the Permian Basin in west Texas. But that hasn’t stopped oil and gas shale production from booming, leading to a doubling in water use the past three years with even bigger jumps expected as more wells are drilled in the rich Eagle Ford formation in south Texas.

Industry players concede there isn’t enough freshwater to meet their needs. “There are areas, like out in west Texas, where water could be a limiting factor,” for shale production, said Ken Nichols, civil engineer at CH2M Hill, at the Denver conference.

And that means turning to alternatives, such as recycled water or brackish water, which are already seeing more use.

The state’s vast reserves of brackish groundwater seems to be getting the most attention, with one study saying it’s already providing some 20 percent of water being used in the Permian and Eagle Ford Shale Basins. “It’s a very promising resource for the state,” said Larry French, director of the Texas Groundwater Resources Division.

But it is expensive and energy intensive to make the slightly salty water usable for each drilling site. More scrutiny is also needed to understand how escalating withdrawals of brackish waters may compromise freshwater aquifers. Growing interest by water-starved cities and towns to desalinate brackish water is another complicating factor.

Colorado faces a similar challenge of more people, escalating shale production and growing competitive pressures for surface water, especially by agriculture, which has strong legal water rights and uses about 85 percent of the state’s water. “Anything [frackers] produce from these wells has the potential to affect senior water rights,” said Dick Wolfe, state engineer for the Colorado Division of Water Resources.

For this reason, shale producers noted during the conference that they are relying as much as possible on deeper groundwater resources. These “non-tributary” waters are typically thousands of feet underground and are largely isolated from rivers, streams and other surface waters. Wolfe says the vast majority of the state’s 50,000 oil and gas wells—many of them fracking wells in the Niobrara Basin in northeast Colorado—are in non-tributary formations.

While Wolfe is confident that shale production will not compromise the state’s water supplies and water quality, others are leery and are calling for much more stringent recycling of fracking wastewater.

“Most frack water is so laden with toxics or salts that it is unsuitable for other uses, and must be disposed of in shallow pits or far below groundwater reservoirs,” wrote Bart Miller, water program director at Western Resources Advocates, in the Denver Post. “We can only hope it will never migrate and contaminate drinking water reservoirs.”

Unlike Texas and Colorado, North Dakota is relying on both aquifers and surface waters for hydraulic fracturing, much of it coming from the Missouri River, Lake Sakakawea and over-allocated groundwater supplies. With wells popping up like dandelions—North Dakota now produces 10 percent of the country’s energy—tensions and lawsuits are escalating between frackers, farmers and other water users.

“When all of us had nothing [before the oil boom], there was nothing to fight about,” Dan Kalil, a county commissioner in western North Dakota’s Williams County, home to many oil and natural gas wells, told Reuters. “Now, so many friendships have been destroyed because of water and oil.”