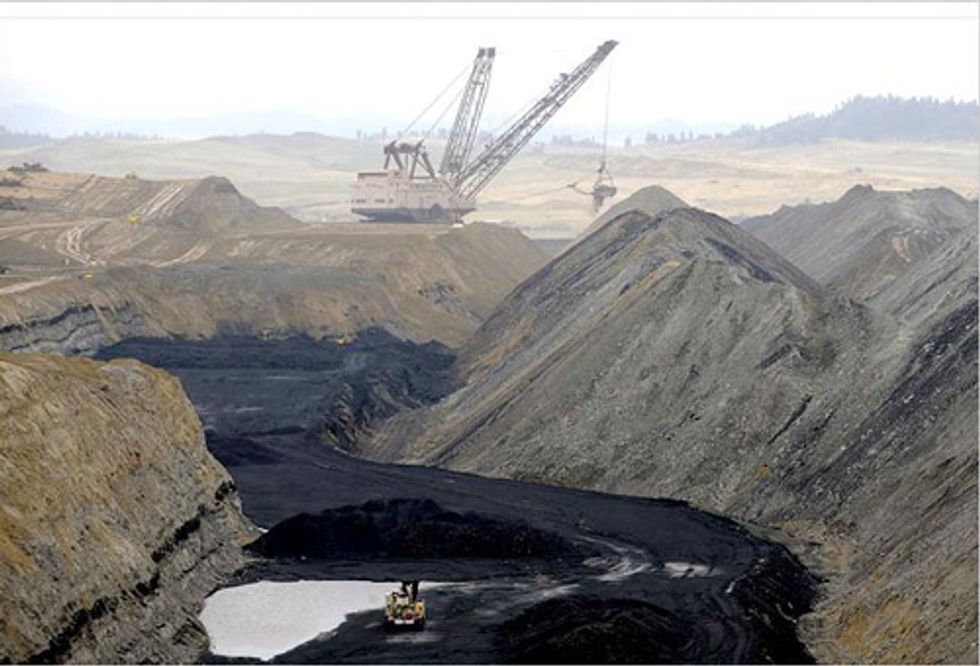 A coalition of conservation groups filed suit Dec. 6 against the U.S. Forest Service over the agency’s decision to open up nearly 2,000 acres of national grassland to strip mining. The decision green lights the mining of more than 300 million tons of coal that will be burned in coal-fired power plants, releasing more than 500 million metric tons of heat trapping carbon dioxide.

“The Forest Service sadly seems to be the leading the charge to destroy the Earth’s climate,” said Jeremy Nichols, WildEarth Guardians’ Climate and Energy Program director. “Yet given the American public’s overwhelming support for clean energy that doesn’t fuel global warming, the agency needs to rethink this dangerously political decision. Dirty energy has no place on our public lands.”

The lawsuit, filed on behalf of WildEarth Guardians, the Powder River Basin Resource Council and the Sierra Club by the University of Colorado Law School Natural Resources Clinic, will challenge a decision by the Forest Service to consent to the South Porcupine coal lease, which would expand the North Antelope Rochelle strip mine, one of the largest coal mines in the world. Portions of the coal lease include the Thunder Basin National Grassland, the only national grassland in Wyoming and one of the largest in the U.S.

Under federal law, coal mining is prohibited on national grasslands unless the Forest Service consents. On Oct. 14, 2011, the Forest Service upheld its consent to the South Porcupine coal lease, giving the green light to more strip mining.

The lawsuit comes amidst an unprecedented flurry of new coal leasing proposals in the Powder River Basin. In the last two years, 15 new coal leases have been proposed that if issued, would lead to the mining of more than 6.8 billion tons of coal and the release of more than 11.3 billion metric tons of carbon dioxide—almost twice the total amount of all greenhouse gases released every year in the U.S. A spreadsheet showing the leases can be downloaded here.

The Forest Service issued its consent even though the agency’s Chief, Tom Tidwell, testified to Congress in 2010 that global warming was a serious threat to national forests and grasslands, stating:

Broad scientific consensus confirms that global climate change is real and that the impacts are altering forests and grasslands, increasing the frequency of disturbance events and diminishing the ecosystem services they provide. Some of the most urgent forest and grassland management problems of the past 20 years—wildfires, changing water regimes, and expanding forest insect infestations—have been driven, in part, by a changing climate; future impacts are likely to be even more severe.

Despite the chief’s comments, the Forest Service responded that it was “speculative” and “uncertain” whether more coal mining in the Powder River Basin would contribute to global warming.

The groups are represented by students and faculty of the University of Colorado Law School Natural Resources Clinic in Boulder, Colorado, one of the first natural resources law clinics in the U.S. The lawsuit will be filed in the U.S. District Court for the District of Colorado.